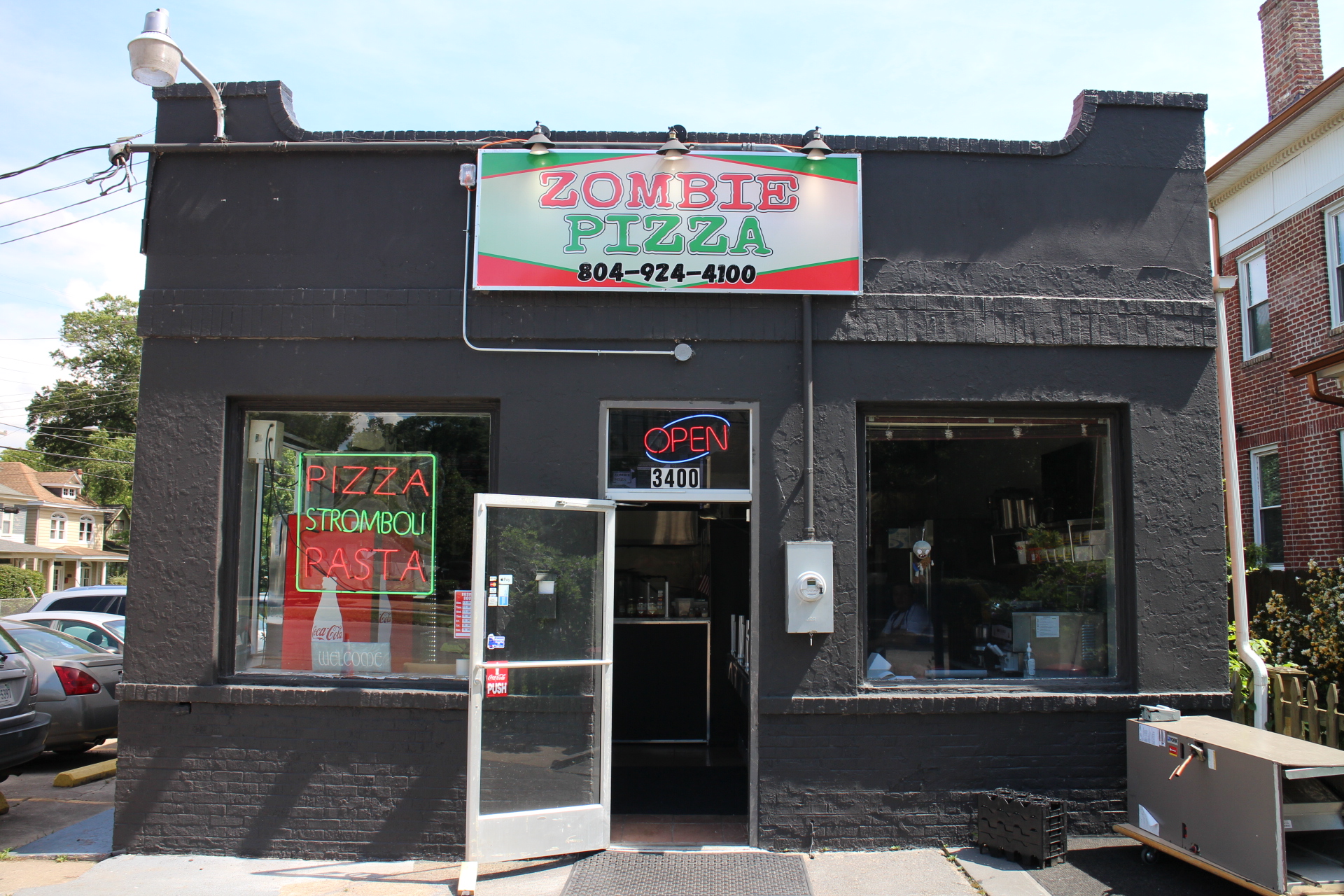 Brains have gone out of style for zombies, but they’re all in for pizza.

Owned by Hamed Kalifa, the restaurant’s name was dreamed up by Kalifa’s younger son who, 16 at the time, had an affinity for the brain-eating dead.

Before the restaurant’s May opening, Kalifa and his family spent three years preparing the space.

This isn’t his first venture into the restaurant world, having owned another pizza place and later a coffee shop in Minnesota.

Kalifa, a native of Libya — which was once ruled by Italy — works alongside an Italian supplier and has plans to bring forth seafood-themed pizzas, among other offerings.

“We make it like we cook at home,” said Kalifa, 66. “We believe in fresh ingredients; we don’t like canned food.” 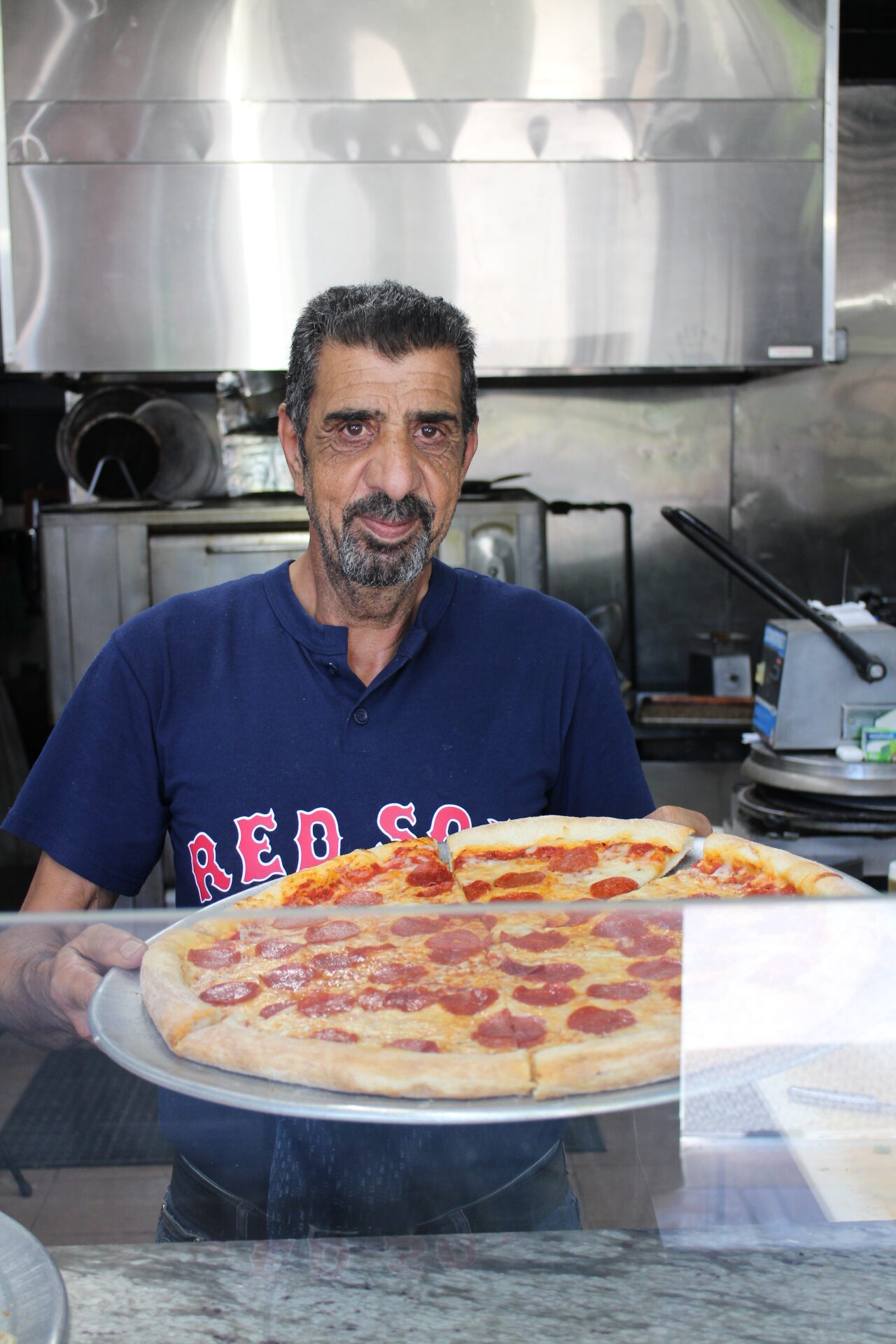 Kem Kwaieh, an employee at Zombie Pizza, shows off a pizza pie.

According to Kalifa’s son, Ahmed, the top seller is the Greek pizza, with a price that ranges from $10.98 to $17.78, based on the size. The Margherita — made of mozzarella, basil and sliced tomatoes — is another popular choice, he said.

Zombie Pizza opened just last month, but Kalifa said that it’s not an easy time to operate. Though he sees pizza-making as a straightforward practice, today’s high prices affect everything from transportation to the cost of supplies.

Still, Kalifa said, he enjoys it when it’s not too busy, caring more about the “quality, not the quantity.”

Kalifa said he is thinking about adding some outdoor seats and potentially investing in an awning. For now, however, the more immediate focus is creating a website, as well as finalizing the restaurant’s menu. It plans to add a smoothie machine and begin making fresh juice.

The store is staffed by two of Kalifa’s children, whom he employs during their summer break, as well as two others. He sees the business as a way to keep his family busy.

“I don’t want my kids to be running around,” he said. Instead, working at Zombie Pizza will “teach them how to do business in the future.”

We had our first pizza (Greek) from Zombie this past weekend. It was very good! Welcome to the neighborhood.

Very cool! Glad to see a pizzaria in Forest Hill – it will be a great addition to the neighborhood – after all, everyone loves fresh pizza! Awesome name, too – and with school out and summertime here, I can see kids wanting to make the trek to Zombie for a slice, which hopefully means business will be booming.

Best wishes for tremendous success to Mr. Kalifa and his family!