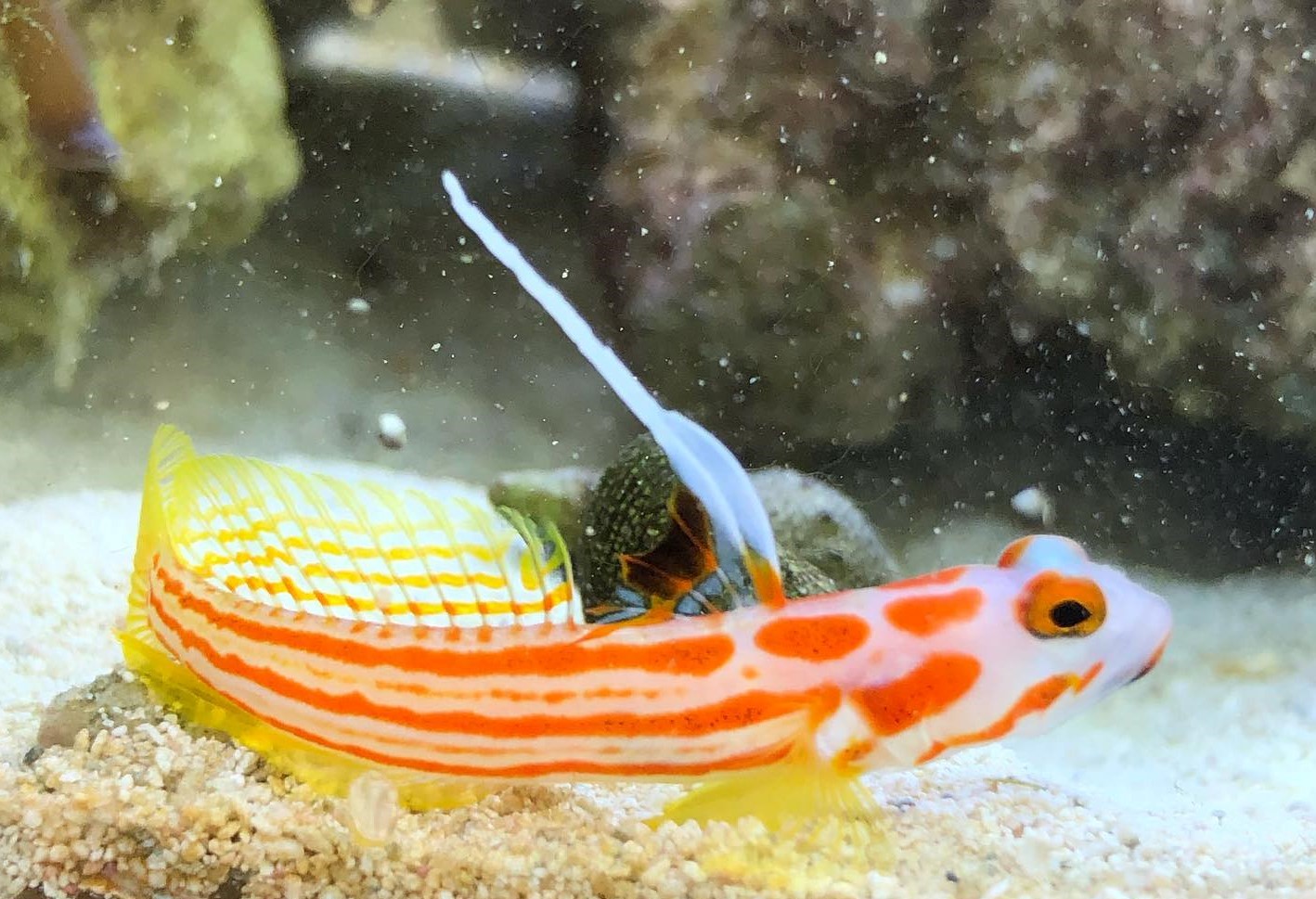 After testing the waters for two years in Midlothian, a local aquarium store has scaled up with a move to Henrico.

Reefology RVA, which specializes in saltwater aquariums, is preparing to reopen at 1561 Parham Road in Ridge Shopping Center, near Regency.

The 1,200-square-foot shop is a big upgrade for owner Christopher Kilgore, who started Reefology in a 400-square-foot spot at 11900 Hull Street Road.

“This is kind of my big splurge,” said Kilgore, who turns 28 this month. “This is my dream store, this is my life.”

Prompted by his previous landlord putting the Midlothian property up for sale, Kilgore said he searched for a new spot for around two months. He initially was set to take over the current space of Tiki Coral, an aquarium shop off of Staples Mill Road. When that deal fell through, Kilgore leased the Parham Road shop for five years, benefitting from its close proximity to his house. 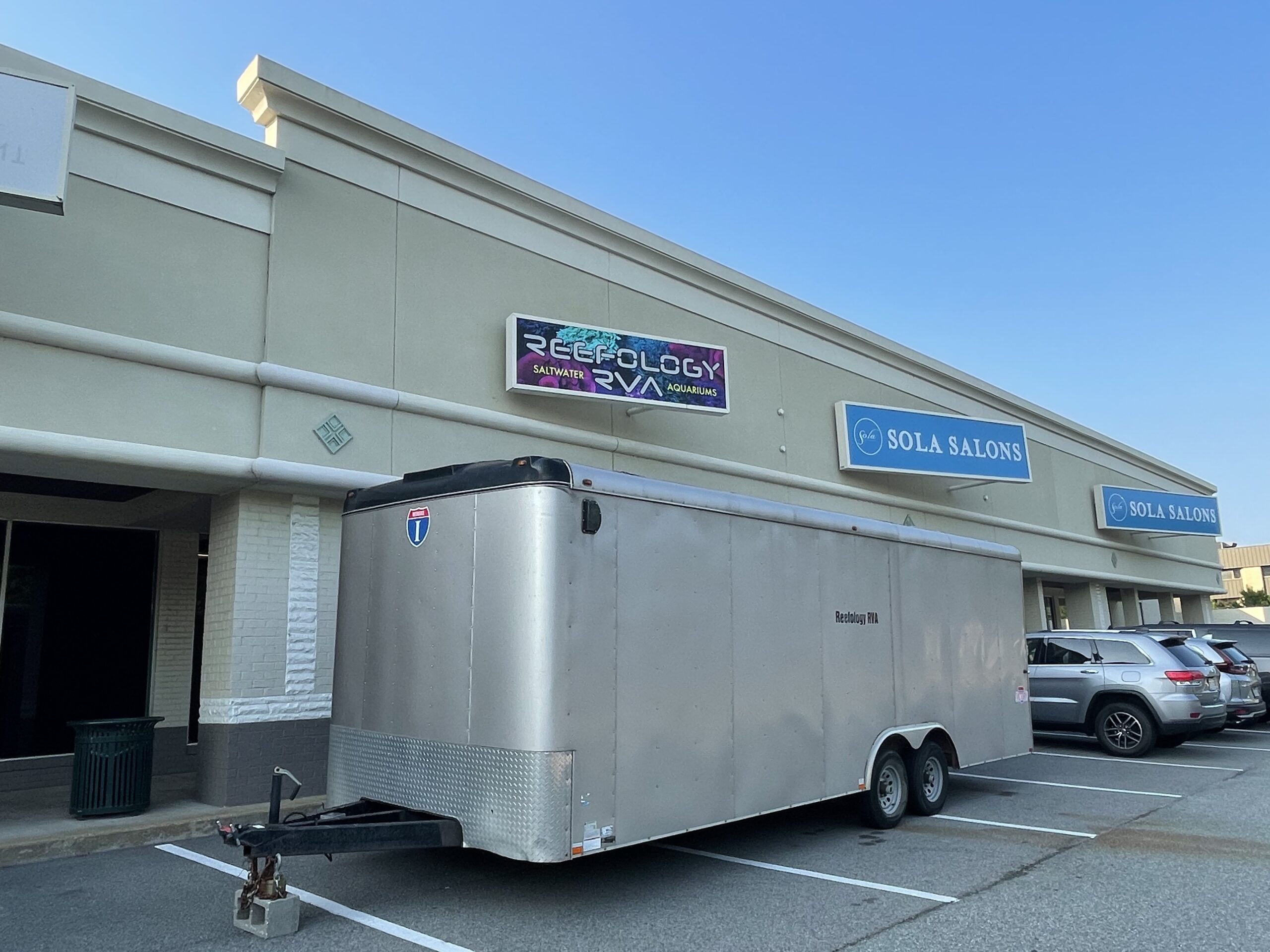 With the new location, Kilgore — who describes having traveled frequently — wants to bring a West Coast-inspired inventiveness that he feels is lacking locally in the aquarium scene. The new store will feature a 1,600-gallon tank from which to showcase coral, as well as a weighted table used when deciding on aquarium decoration.

“My goal now is to have the nicest, most modern (aquarium) store here in Richmond, that has acceptable pricing,” he said.

Those ambitions, which are self-funded, have meant a consistently delayed opening due to supply chain issues. Originally scheduled for the first of May, Reefology RVA will now open on June 25.

Still, Kilgore said business is booming, with Reefology RVA looking to expand its team of three employees. The original store opened in 2020 and appears to have benefited from the pandemic-era, something Kilgore credits to the lockdown. Stuck at home, many people were simply more willing to invest in their home’s aesthetics.

“It really helped kick-start my business,” he said.

Throughout the pandemic Kilgore tried to keep his business ahead of the game, such as by trying to sell fish online. Other disturbances equally left their mark on the industry. As an example, Kilgore cited Hawaii’s ban on the collection and export of reef fish for the aquarium trade, limiting supplies. 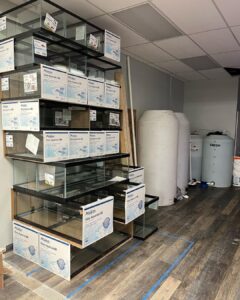 Some of the aquariums available at Reefology RVA.

At Reefology RVA, Kilgore aims for a variety of saltwater livestock, giving customers a choice between commonly bought coral and fish to ones that might surprise them.

Reefology RVA shares the local market with two other saltwater fish stores in the area, such as Fish World, as well as five non-franchise pet stores that sell similar products.

However, in Kilgore’s view, online competitors such as Amazon prove to be the bigger threat, offering prices that retail stores cannot always match. Reefology RVA benefits from its offer of aquarium maintenance and repairs, providing an extra source of revenue.

“There’s a negative connotation with the saltwater hobby that it’s so stupidly expensive,” he said. “I want to show the Richmond market that it doesn’t have to be this millionaire-only hobby.”

He added, “We don’t have to make so much money out of our retail space, which allows us to have lower pricing than everyone else with the same suppliers.”

Kilgore’s aquarium business was born out of a hobby in his childhood, when he continuously tried to persuade his mother to purchase a new reptilian pet — especially snakes. She, in turn, made Kilgore research and write her an analysis of how much the animal upkeep would cost, which he views as an educational experience.

As a young adult, Kilgore moved from Kansas to Richmond in search of more opportunity, bringing over the many snakes he accumulated. Settling down, he sold them all to buy his first 100-gallon aquarium, a purchase he made at Fish World. As a frequent customer, Kilgore ended up joining the store’s crew, before setting out to found Reefology RVA.

Kilgore said he cannot maintain a tank at home given his business responsibilities. But he has filled a Reefology RVA decorative display tank with personally-owned items.

“I want everyone to see my passion behind everything,” he said. “The best way to do that is to have my personal things as an example in the store.”

I can’t wait to see what this new fish store looks like.