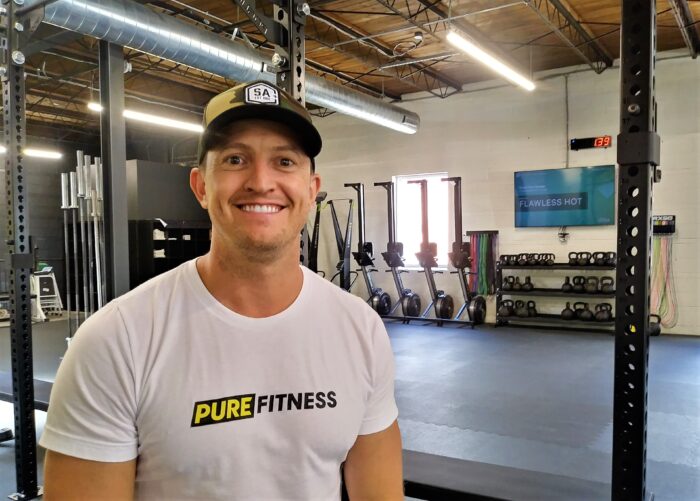 He said the gym’s location and features were selected to cater to professionals who want to fit some exercise into their workday.

“For me, this gym is meant to be for the working professional who wants to make sure fitness remains part of their lifestyle but not be something they have to schedule around,” Addison said.

In addition to targeting professionals, Addison wants the gym to reach the companies that employ those professionals by introducing athletic events for companies in search of team-building activities.

“We’re looking to do corporate, business events, like training on a Friday. (We’re) making this a space you can bring employees for a half-day fitness thing,” he said, adding that personal training is also part of the plan. 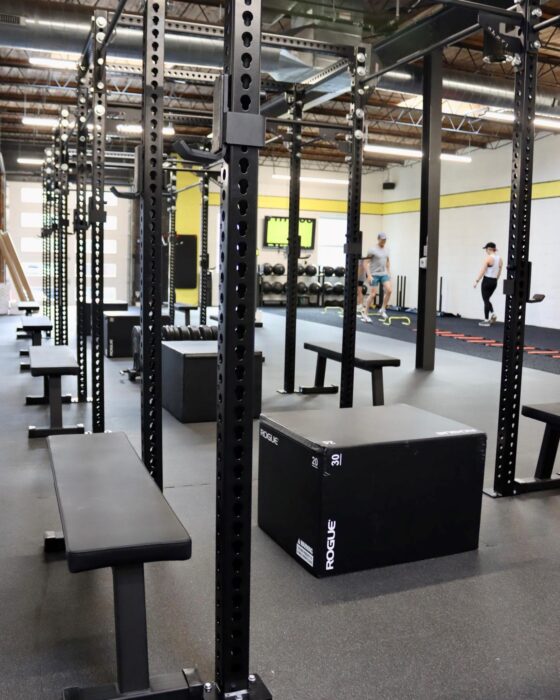 Addison said the gym has seen steady interest that’s ramped up as the summer draws to a close. Pure Fitness, which occupies a 5,000-square-foot space, had its soft opening in mid-June and plans to hold a grand opening in mid-September.

“Summer is a hard time to open a gym with summer travel and vacations. No one is consistently around so committing to gym memberships was expected to be a little slow. But with the fall and people setting back into routine, I’ve seen a lot of people interested,” he said.

Pure Fitness currently has 42 paid members, and Addison aims to have a membership of 85 to 90.

The gym offers two monthly membership packages: the $99 Essential Professional membership for first responders, teachers, nurses, active military and veterans as well as a $165 ($290 for couples) package, according to the Pure Fitness website.

Pure Fitness pitches its workout offerings as high-intensity interval training that feature unconventional movements and lifting to create routines that are intended to be challenging and engaging.

“I’ve had to explain I’m not a CrossFit gym a lot. But for the most part I think that’s been well received because people see it as more of a functional training, strength-focused workout,” he said.

Addison said he invested about $375,000 on the gym’s buildout and equipment. The gym had been months in the making, as Addison ran into permitting issues that delayed the opening of the business.

Running the gym is now his main occupation, in addition to his duties on Richmond City Council. He represents the First District, which encompasses the city’s West End and does not include the area in which his gym is located.

He said Pure Fitness takes inspiration from Onnit Gym in Austin, Texas, which he found online on social media and later visited.

“I followed (the gym’s owner) a little bit, saw his gym, followed some of his coaches and liked that mentality,” he said.

Pure Fitness is near the boxing gym Vintage Boxing. National fitness chain F45 recently opened locations in Hanover County and in the Fan.

Sorry, I’m cutting back on nonessential expenses like gym memberships. I just found out my assessment is going up 19.16%.