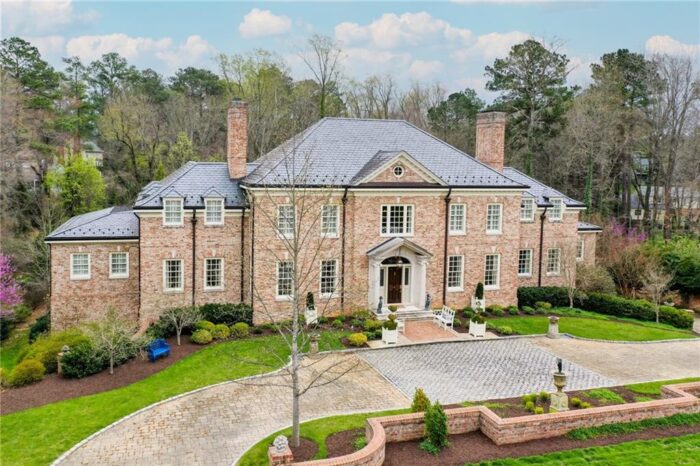 The mansion at 105 Brookschase Lane in Windsor on the James sold for $3.6 million. (Photos courtesy of CVRMLS)

The principals behind Shaheen, Ruth, Martin & Fonville Real Estate had a busy end to the summer, as three of its namesakes sold three of the four priciest home listings in the Richmond area in August, while their colleague repped the buyer on the month’s highest sale.

Topping the list was 105 Brookschase Lane, a 12,500-square-foot mansion in Henrico’s Windsor on the James neighborhood that sold Aug. 16 for $3.6 million, below its March list price of $4.2 million.

SRMF’s Scott Shaheen and Scott Ruth shared the listing, representing a trustee for previous owner Doris Nelson, who bought the property in 2004 for $359,000. The house was built in 2011, and the 1-acre property was most recently assessed by the county at $2.8 million.

The buyers are Jeff and Debbie Hires, who were represented by SRMF’s John Martin. Jeff is director of public markets for Spider Management Co., the University of Richmond’s investment arm. Debbie, a UVA grad, is a travel advisor with Masterpiece Journeys. 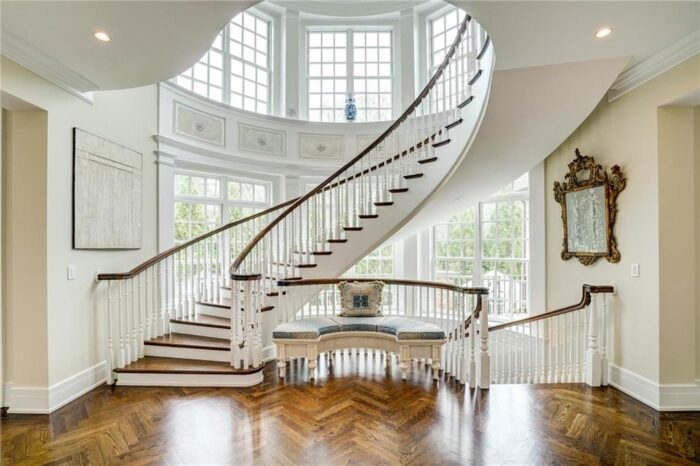 Martin said the Hires relocated from out of town and saw similarities in the home with what they were familiar with.

“When they saw this, for them, it was refreshing,” Martin said. “To replicate that house today, I don’t even know what it would cost. When I went in it, I was pretty surprised at the quality.”

Built by Rick Kastelberg with Mako Builders, the three-level brick colonial totals five bedrooms with six bathrooms and three half-baths. It includes a sunroom with fireplace, a walkout basement with rec room, an elevator and a four-car garage. A pool highlights the landscaped grounds that include raised terraces and a covered outdoor space off the basement. 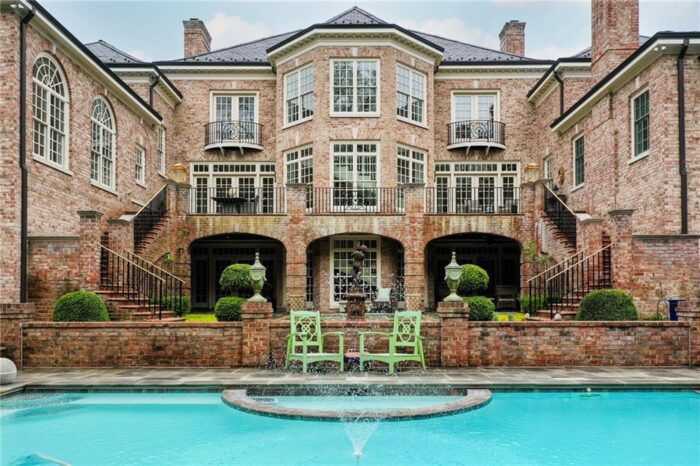 A pool highlights the rear of the house.

Shaheen said they had 10 showings after listing the house March 22. The Hires put it under contract June 9.

The $3.6 million price matches the highest residential real estate sale in the area this year. In May, the Mt. Bernard estate in Goochland sold for the same amount, in a multiparcel sale that included the 58-acre estate property and an adjacent 63-acre parcel that was listed separately. 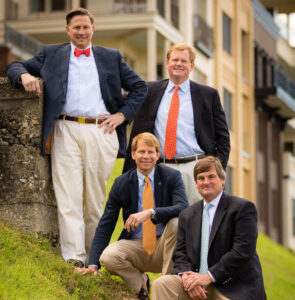 The deal at 105 Brookschase was the third Windsor on the James transaction that Martin had a hand in this year. In June, he and wife Holly Martin represented the seller on 125 Brookschase Lane, which sold for $2.2 million. He also was a co-listing agent on 216 Brookschase, which was February’s second-priciest sale at $2.1 million.

Meanwhile, Shaheen and Ruth also were co-listing agents on last month’s fourth-highest sale: 332 Clovelly Road, which sold Aug. 19 for $1.8 million. The 9,300-square-foot house in Richmond’s Windsor Farms was listed April 4 at $2.9 million and dropped in price twice before going under contract June 25.

Property records list the buyers as Brandt and Virginia Stitzer. They were represented by SRMF’s Mahood Fonville, who declined comment.

The seller was an LLC tied to Lois Schroeder, who had owned the house with her late husband, Louis Clifford (“Cliff”) Schroeder. Cliff was an owner and CEO of Richmond-based Dixie Container Corp and an executive with Delos Realty Corp., which Lois has served as president.

Fonville also had the No. 2 sale in August, co-listing with wife and SRMF colleague Walker Fonville the 5,500-square-foot house at 7201 University Drive, which sold off-market Aug. 24 for $2.1 million. The Fonvilles represented the sellers, listed in property records as Matthew and Kaarin Gordon. SRMF’s Sally Hawthorne represented buyers Brian Huff and Brittany Murchison.

Coming in at No. 3 for August was 200 Westham Parkway, which sold for $1.87 million. Nicole Taylor with Estate Realty Group had the listing, and Angela Headlee with The Steele Group | Sotheby’s International Realty represented the buyer.

Rounding out the top five, according to data from the Central Virginia Regional Multiple Listing Service, was another home in Henrico’s Westham neighborhood: 809 Westham Parkway, which sold for $1.8 million. Steele Group’s Debbie Gibbs had the listing, and SRMF’s Rebecca Winters was the buyer’s agent.

Note: This story has been revised since publication.