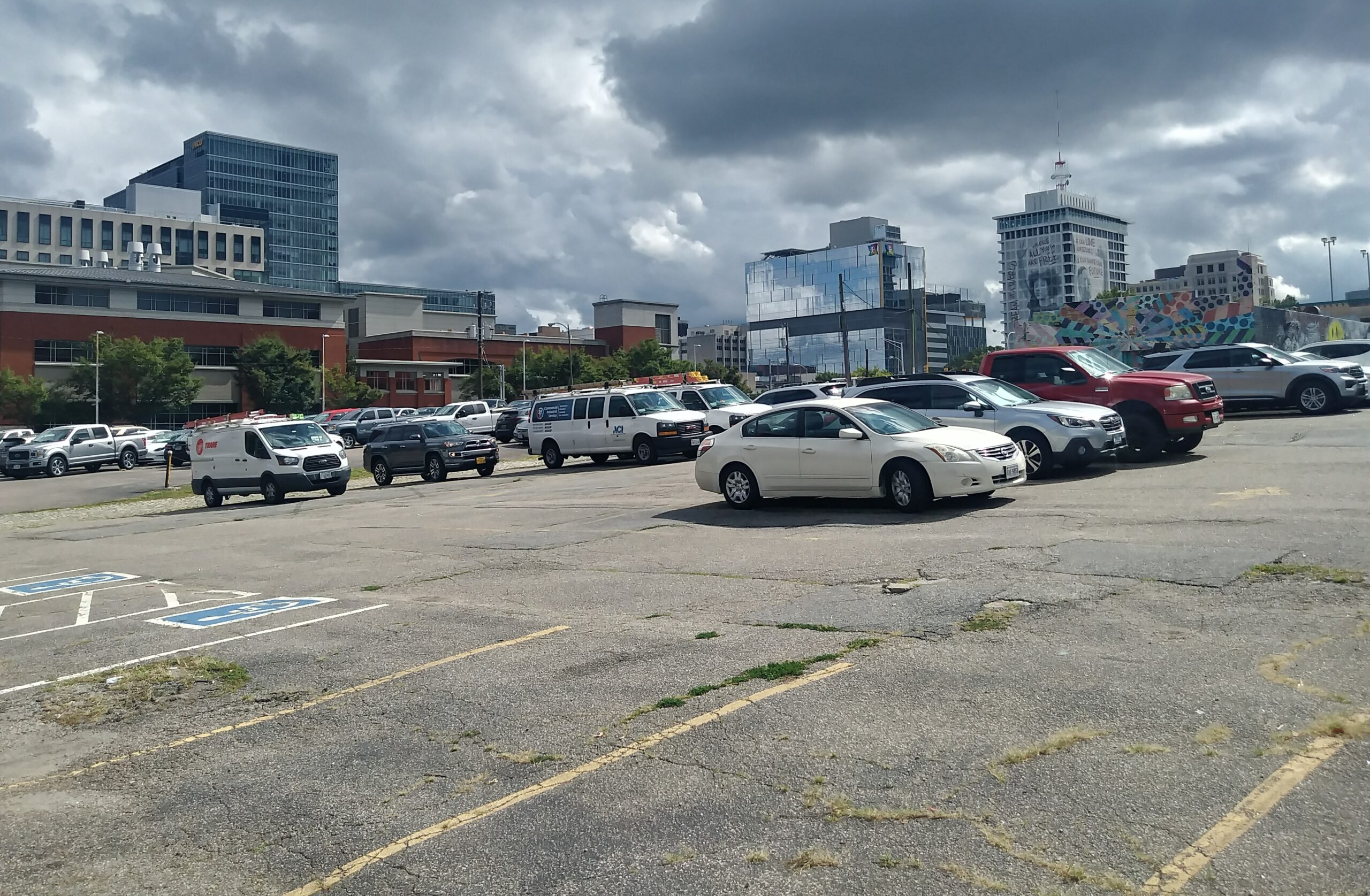 Activation Capital plans to build a 100,000-square-foot lab on its parking lot at the corner of Seventh and Jackson streets in Richmond. (Jack Jacobs photo)

Two sizable new laboratory buildings tied to a regional effort to manufacture pharmaceuticals are set to rise in Richmond and Chesterfield.

Activation Capital is moving forward with pre-pandemic plans for a 100,000-square-foot lab in downtown Richmond funded by a portion of a $53 million federal pandemic recovery grant recently awarded to the regional Alliance for Building Better Medicine. The group consists of public and private sector entities in the Richmond-Petersburg region with an aim to develop a medicines manufacturing hub.

That same initiative will also assist in funding a 60,000-square-foot lab in Chesterfield County to support the drug manufacturing facility being built in Petersburg by Utah-based Civica.

For its part, Activation Capital intends to build a $45 million-$50 million facility that will feature wet lab space and offices at the corner of Jackson and North Seventh streets in downtown Richmond.

The organization plans to use $19.5 million carved out of the federal grant as well as other grants, the organization’s reserves and debt to cover the cost of the project, Activation Capital CEO Chandra Briggman said in an interview this week. 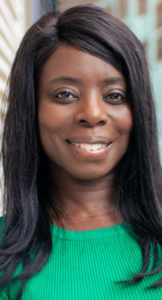 The new, six-story building is slated to rise on what’s currently a surface parking lot owned by Activation Capital, though a portion of the lot would remain in its current use, Briggman said.

The facility will be primarily focused on wet labs — laboratory space where liquids factor into the testing of chemicals, drugs and other substances. The labs would be leased out to life science companies.

The project could break ground in a year and would take 18 to 24 months to build. Briggman said a general contractor hasn’t been selected for the project yet. She declined to identify the architecture firm on the project.

The federal funding is helping kick start a plan that has been in the works since before the pandemic. Since then, the project scope has remained the same but the positioning of the building has shifted to front on the other side of the block.

“When (the pandemic) shook things up we had to take a step back and reevaluate what would be the new market demand and what should that building look like,” Briggman said. “We did shift the location because it was originally on Eighth and Leigh, to (the new location) because what we’re looking to do is create a life science corridor down Jackson Street.”

Briggman said her organization has run out of wet lab space on its 34-acre Bio+Tech Park campus at 800 E. Leigh St. The new building is intended to provide the facilities that will be needed by companies involved in the region’s budding pharmaceutical manufacturing project as well as other companies.

“Our challenge is that we’re at capacity now. Our ability to make an impact is limited by our space. The Innovation Center is an answer to that challenge for us,” she said, referring to the upcoming facility.

The new lab space would also be available for lease by startup companies. Activation Capital supports startups’ development through its programming and initiatives.

Over in Chesterfield’s Meadowville Technology Park, another lab facility will take shape in support of the regional push to become a center of drug manufacturing.

Civica plans to further expand its Central Virginia presence with a new lab to cost at least $27.8 million, a figure that includes federal grant funding and money from Civica.

“We’re doing lab testing out-of-state now but obviously it’s strongly advantageous to have a lab near the (Petersburg) manufacturing facility,” Civica Senior Vice President of Public Policy Allan Coukell said in an interview. “We did a site-selection process and looked at a number of sites and that was the one that lined up in terms of location, infrastructure and so on.” 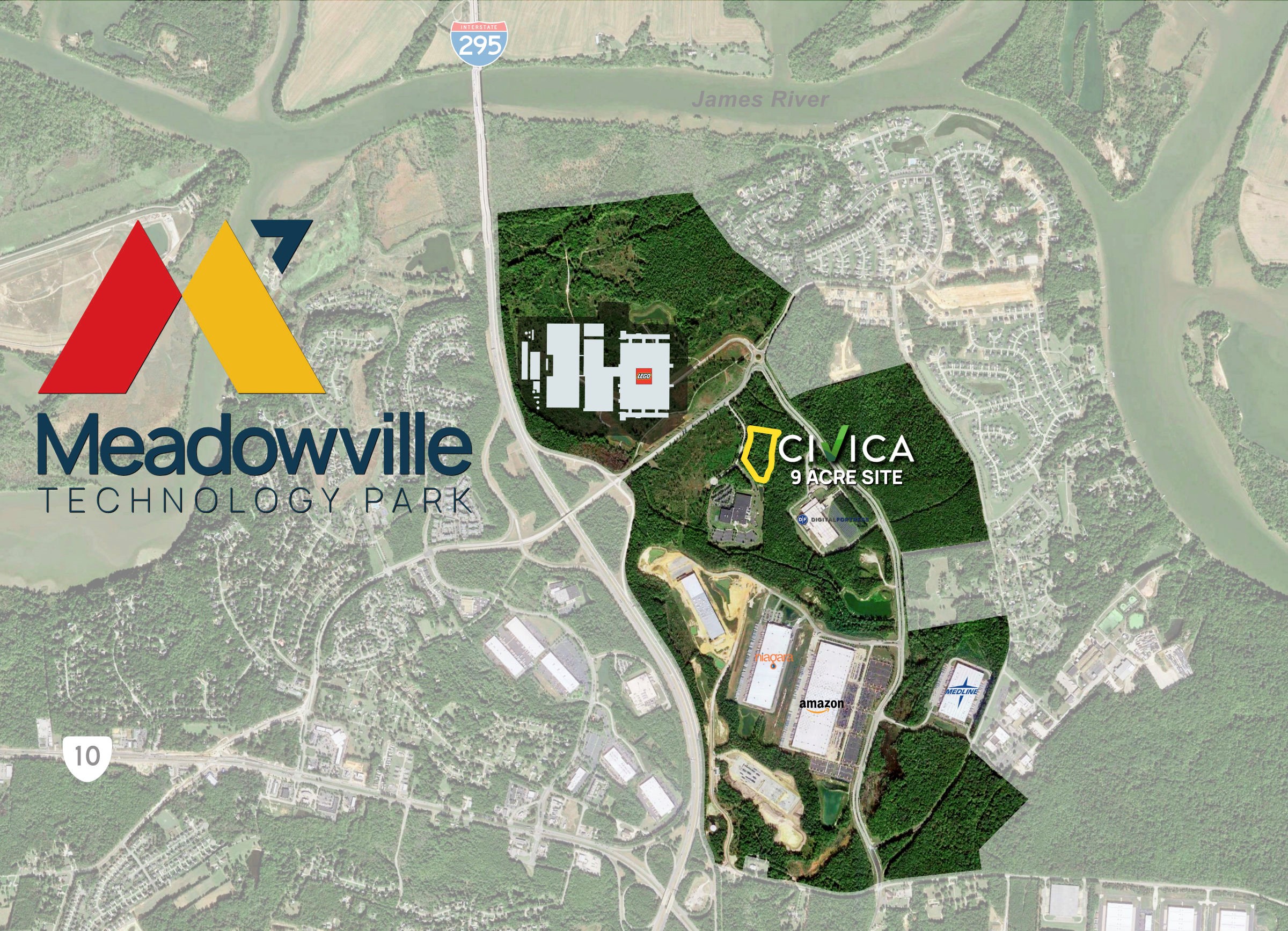 Utah-based pharmaceutical manufacturer Civica has 9 acres under contract at Meadowville TechnologyPark for a new lab. (Images courtesy of Chesterfield County)

That $27.8 million figure, which was shared in a Thursday announcement by Gov. Glenn Youngkin’s office, covers the “lion’s share” of construction and includes the acquisition of 9 acres at Meadowville for the facility, Coukell said. He added that the company planned to further contribute an unspecified additional investment in the facility.

The lab will be focused on testing as well as research and development initiatives to support the drug manufacturing that will take place at the company’s under-construction Petersburg factory.

Civica has the 9-acre site for the facility under contract and Coukell said the deal is expected to close soon. The company declined to comment on what it plans to spend to acquire the property.

Coukell said an architect and general contractor haven’t yet been selected for the project.

Youngkin approved a $400,000 grant to Civica from the Commonwealth’s Development Opportunity Fund, according to a news release from his office. The fund is a pot of money at the governor’s disposal to lure companies to set up or expand in Virginia. 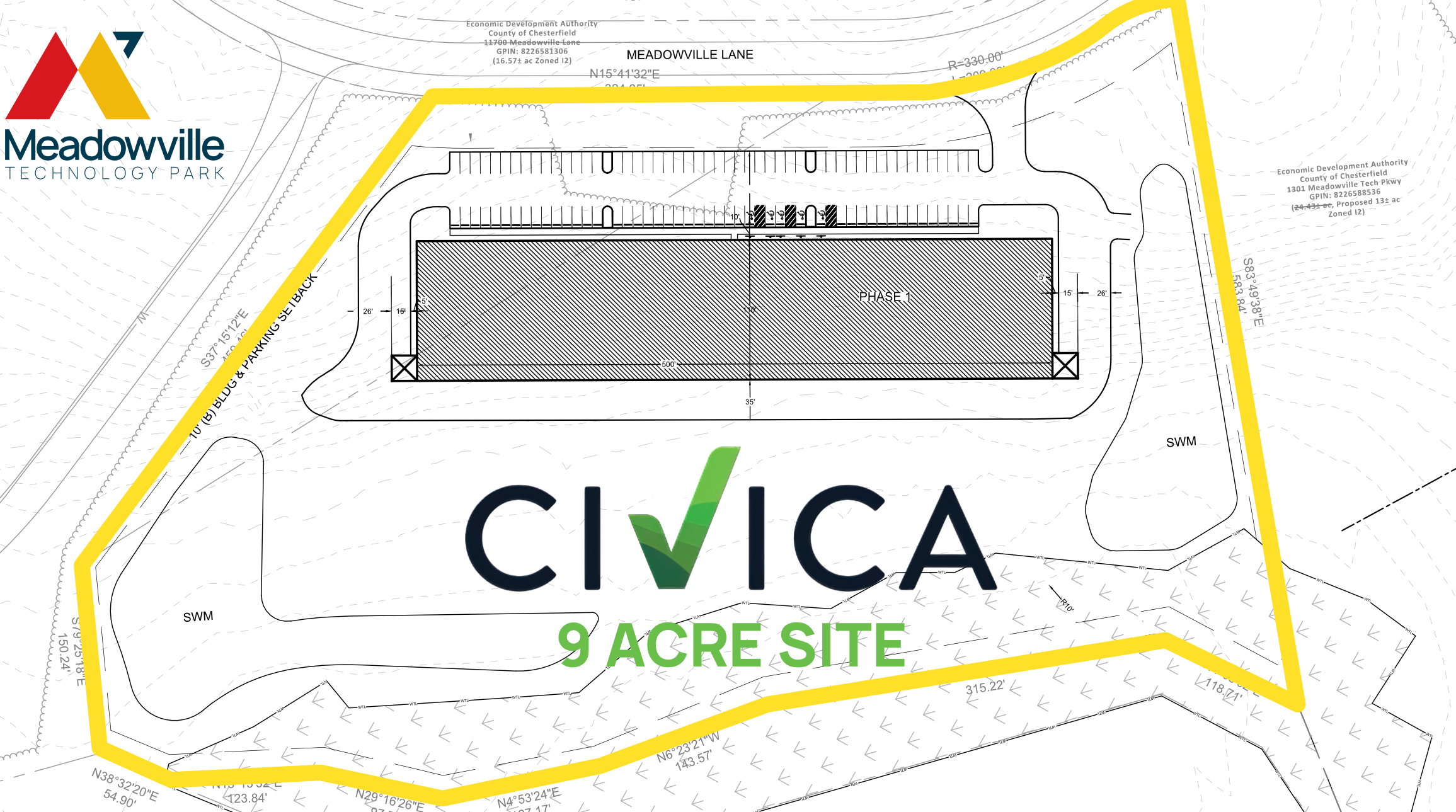 Civica plans to build a 60,000-square-foot lab at Meadowville Technology Park to support its medicines manufacturing facility in Petersburg

The U.S. Department of Commerce’s Economic Development Administration announced last week that The Alliance for Building Better Medicine was among the 21 groups throughout the country to be selected for funding through the Build Back Better Regional Challenge, an initiative of the Biden Administration’s American Rescue Plan.

Organizations in the Greater Richmond area will match the $52 million federal grant with $13.6 million, for a total investment of $66.5 million for regional projects, a spokesman for The Alliance for Building Better Medicine said this week.

Joint degree and research programs between VCU and VSU, technician programs at community colleges as well as improvements to Petersburg’s water and wastewater infrastructure where manufacturing facilities are located are also part of the projects to be supported by the grant, according to a news release.