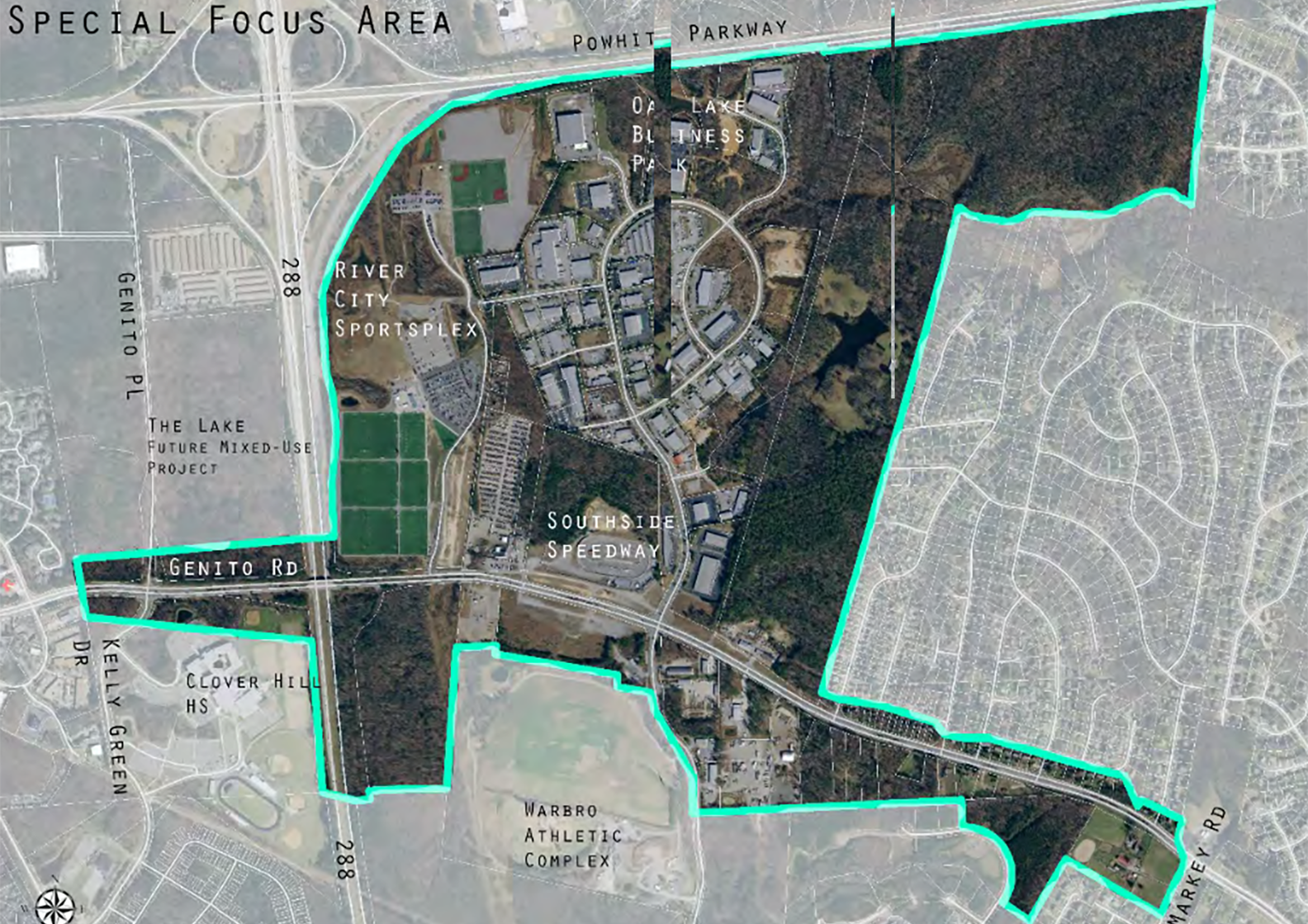 A land-use plan to guide the development of hundreds of acres that include River City Sportsplex and the shuttered Southside Speedway track is getting closer to the finish line.

The Chesterfield Planning Commission is scheduled to vote Thursday evening whether to recommend approval of the proposed Genito/288 Special Focus Area Plan. Final approval would come from the Board of Supervisors at a later date.

The plan would guide development and county policies for a 659-acre area that encompasses the speedway site and River City Sportsplex in such a way as to boost the economic potential of the youth sports tournament venue at 13030 Genito Road, which is slated for millions of dollars in new facilities. The plan would be consulted by county staff when they review rezonings tied to development proposals within the area.

“The plan itself outlines several recommendations from the land-use aspect as well as design guidelines, and those aspects of the plan we use anytime we have a development proposal come forward in the area,” Senior Planner Joanne Wieworka said in an interview Tuesday.

A special focus area plan is used to guide the development of a specific area that is considered in a state of transition or that has potential to change and is part of the long-range, countywide comprehensive plan.

The plan covers a 659-acre area, Wieworka said. Chesterfield has previously referred to the area as being 437 acres in size, but Wieworka said that’s an error that’s been corrected in the final draft of the plan and that the boundaries haven’t been expanded. 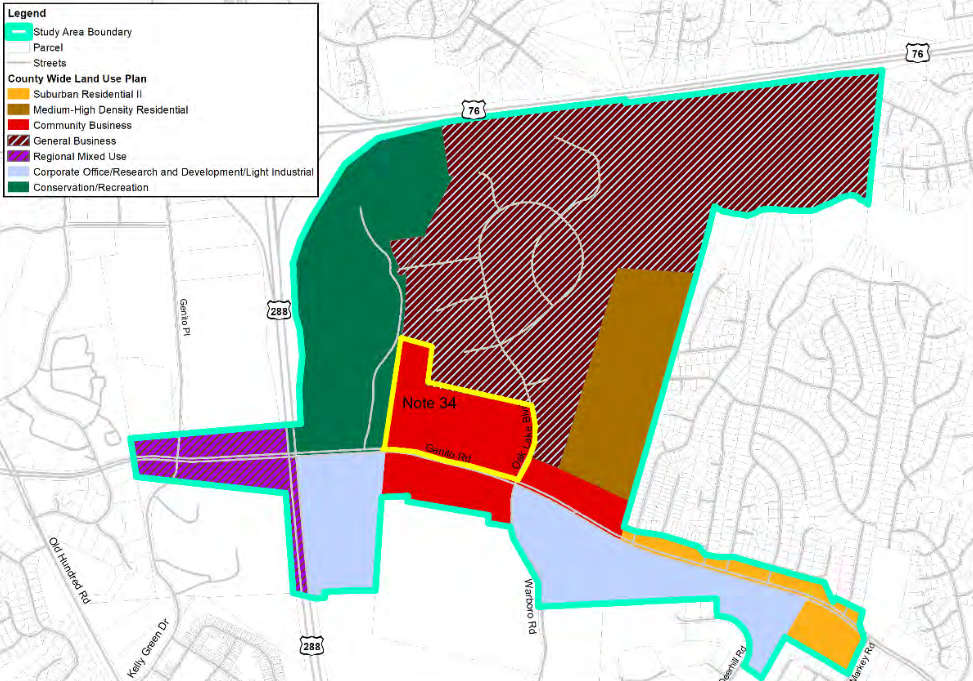 The proposed plan spells out what zoning designations would be considered ideal to allow the area to better support River City Sportsplex with complementary commercial and office development.

Central to the draft plan is the county’s desire to make the sportsplex a more appealing option to tournament organizers seeking venues for their events through the establishment of more amenities near the facility.

At the speedway and in its immediate vicinity, the proposed plan includes a draft conceptual plan that shows a hotel of about 100 rooms, restaurants and retail, as well as an entertainment use for the racetrack property that could take the form of a sports stadium, racing facility or something similar.

Also in that area, among a zone for sports and indoor recreation facilities, the plan lists a facility that could be focused on esports, or organized video game competitions.

“Esports came up in internal discussions when meeting with different county departments,” Wieworka said. “Knowing that’s an up-and-coming thing, we thought that’d be interesting to highlight, knowing that could be another type of destination but could also serve a multitude of purposes.”

The proposed plan also maps out areas of mixed-use development as well as office and light industrial uses along the section of Genito Road included in the plan, as well as medium- to high-density residential development to the east of Oak Lake Business Park.

The plan’s area is for the most part currently zoned for high-intensity industrial and commercial uses that don’t jell with development envisioned for the area by the plan, according to the draft document.

A public hearing will be held Thursday to allow folks a chance to voice their opinions of the plan prior to the commission’s vote. Staff will also provide a presentation on the proposal.

Chesterfield conducted a public survey from Aug. 23 to Sept. 6 that attracted more than 100 comments. According to a staff summary of the comments, about 70 percent of responses called for the return of racing at the Speedway property. The county economic development authority acquired the speedway property in 2021.

The draft plan can be viewed on the county’s website here.