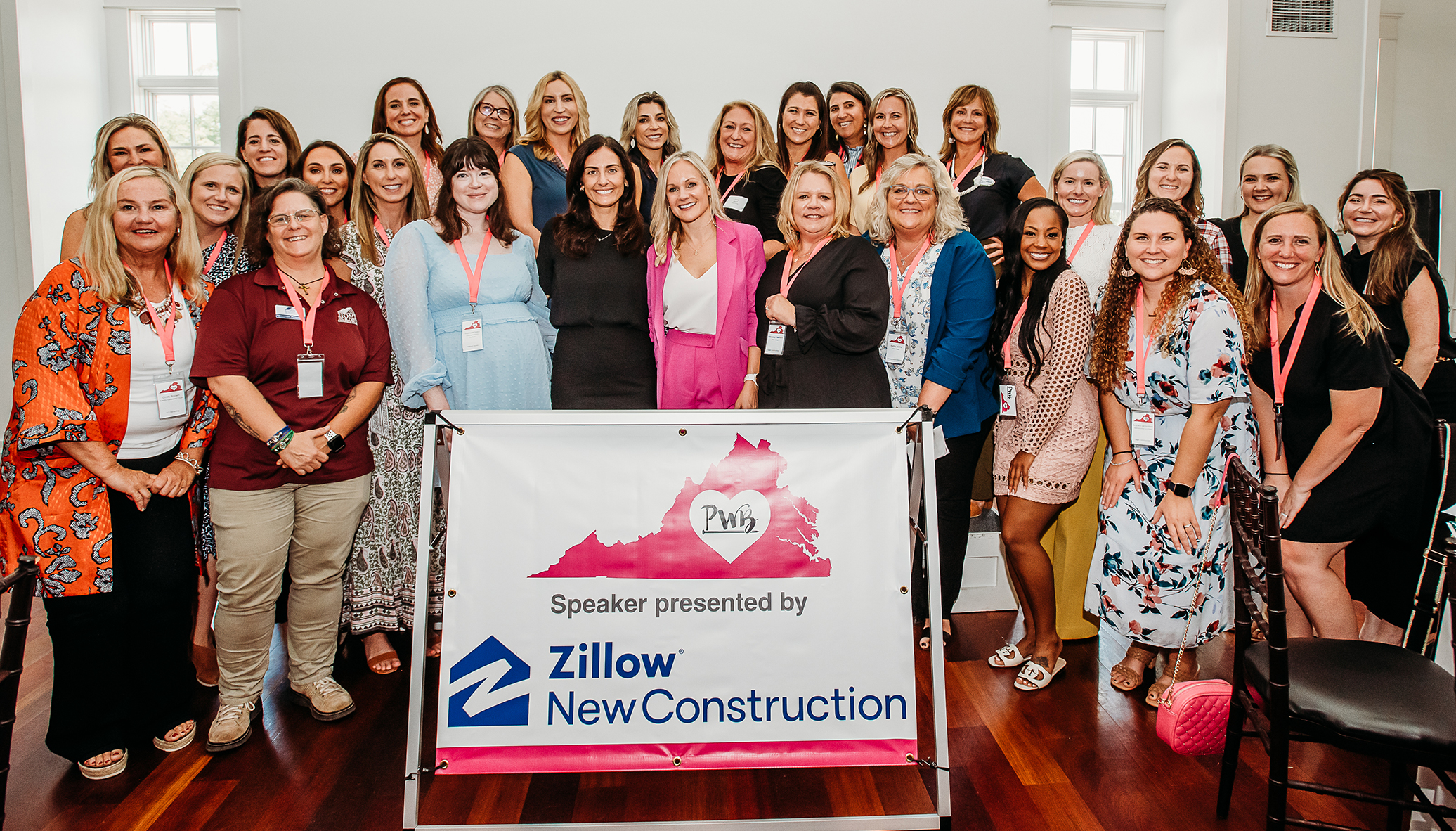 More than 200 women attended an event in September to kick off the new Richmond chapter of the national Professional Women in Building Council. (Photos by Awesomesauce Photography)

As pandemic-fueled labor shortages continue to plague the construction industry, a newly formed local chapter of a national homebuilding group is looking to encourage more women to take up the trade.

Professional Women in Building RVA has taken shape in recent months to provide networking and support for women looking to enter or already working in all facets of the homebuilding industry.

Formed under the Home Building Association of Richmond, the local group is the first chapter in Virginia for the National Association of Home Builders’ Professional Women in Building Council, an advocacy group with over 3,000 members.

Chairing the Richmond chapter is Amy Druhot, a longtime HBAR member who learned about the council after speaking at an NAHB event in January.

Druhot works as sales director for Eastwood Homes’ Richmond division and said she was prompted to action after learning from council members at that event that Virginia was one of only a few states without a PWB chapter.

“I immediately was like, ‘You don’t even have to ask. I’m on board,’” Druhot said.

With encouragement from HBAR CEO Danna Markland, Druhot reached out to about 30 women for an informational meeting to glean interest in the group.

Following a successful pitch to HBAR’s board of directors in June, Druhot went about assembling a leadership team and planning its first events, culminating with a sold out kickoff luncheon in September at Upper Shirley Vineyards with 240 attendees.

“To say that in a very short period of time it’s been extremely successful is probably an understatement,” she said. “It’s being received very well in our market.”

The chapter has since signed up more than 260 members and held a second networking event: a women-only happy hour at Hardywood West Creek that was another sellout with 150 tickets sold.

While the group plans to hold happy hours quarterly, Druhot said its purpose goes beyond networking. 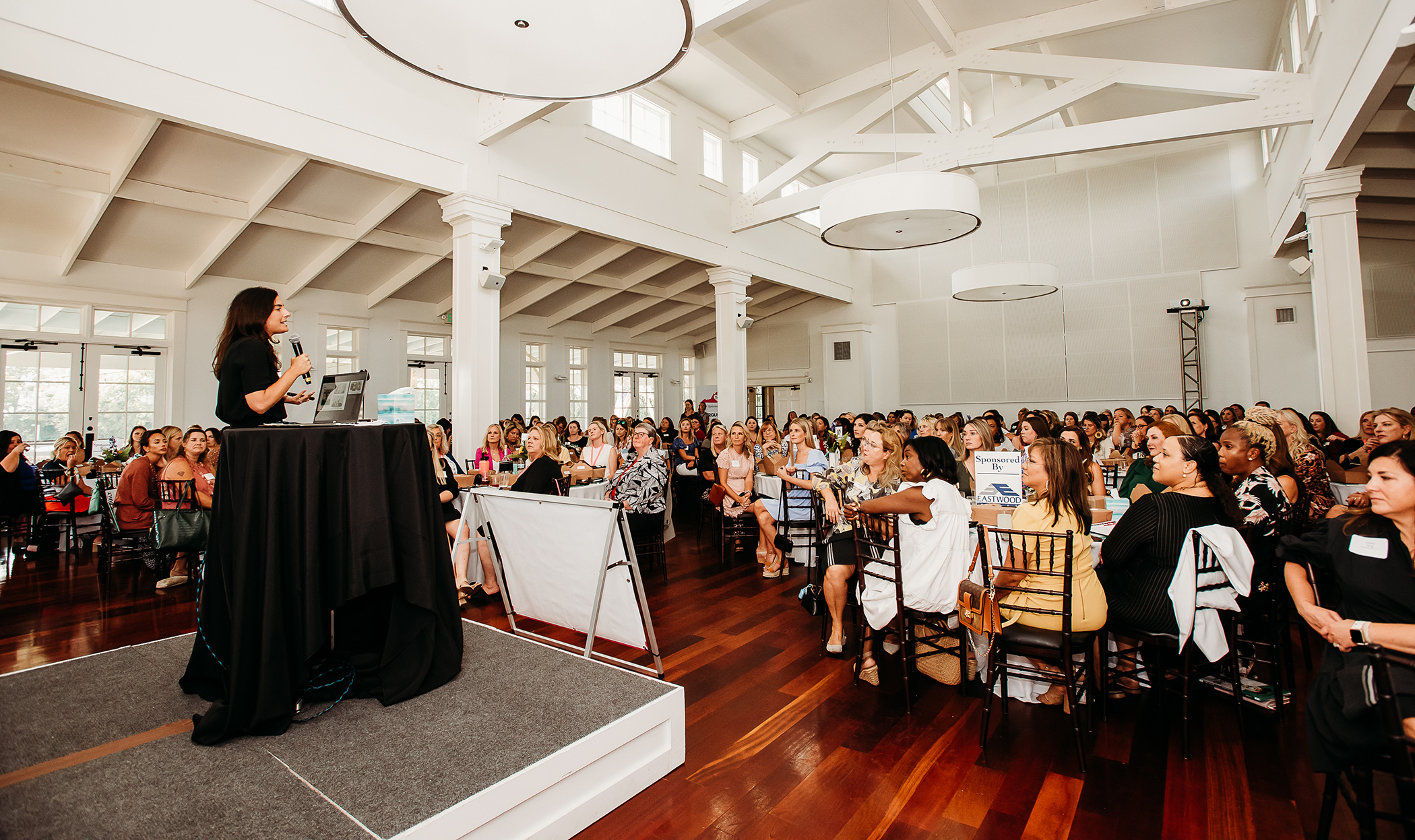 Mollie Elkman, author of ‘The House That She Built,’ was a guest speaker at the kickoff event at Upper Shirley Vineyards.

The group is helping to promote “The House That She Built,” a 2021 book about a home constructed in Utah by an all-women crew. Author Mollie Elkman was a guest speaker at the Upper Shirley event, and Druhot said the chapter’s first initiative is to read and donate copies of the book at every elementary school in the Richmond area. She said over 70 members have signed up for the job.

She said the group also plans to work with local Girl Scout troops to pique interest in the industry and coordinate projects that could go toward earning badges for building. She said it would also work with area nonprofits, with an emphasis on female-based groups.

There’s no fee to join the chapter, but HBAR membership is required to join. Druhot said the group is hoping to create sponsorships for non-members who can’t afford to join. Registration fees are charged for the events, the costs of which are offset by company sponsors.

Druhot noted a recent report from the U.S. Bureau of Labor Statistics that found that women in construction make up about 11 percent of the industry’s workforce, with only about 4 percent in needed skilled trade jobs. While the number of women in the industry topped 1 million for the first time in 2021, Druhot said, “It’s a very small percentage of women who are in a trade role.” 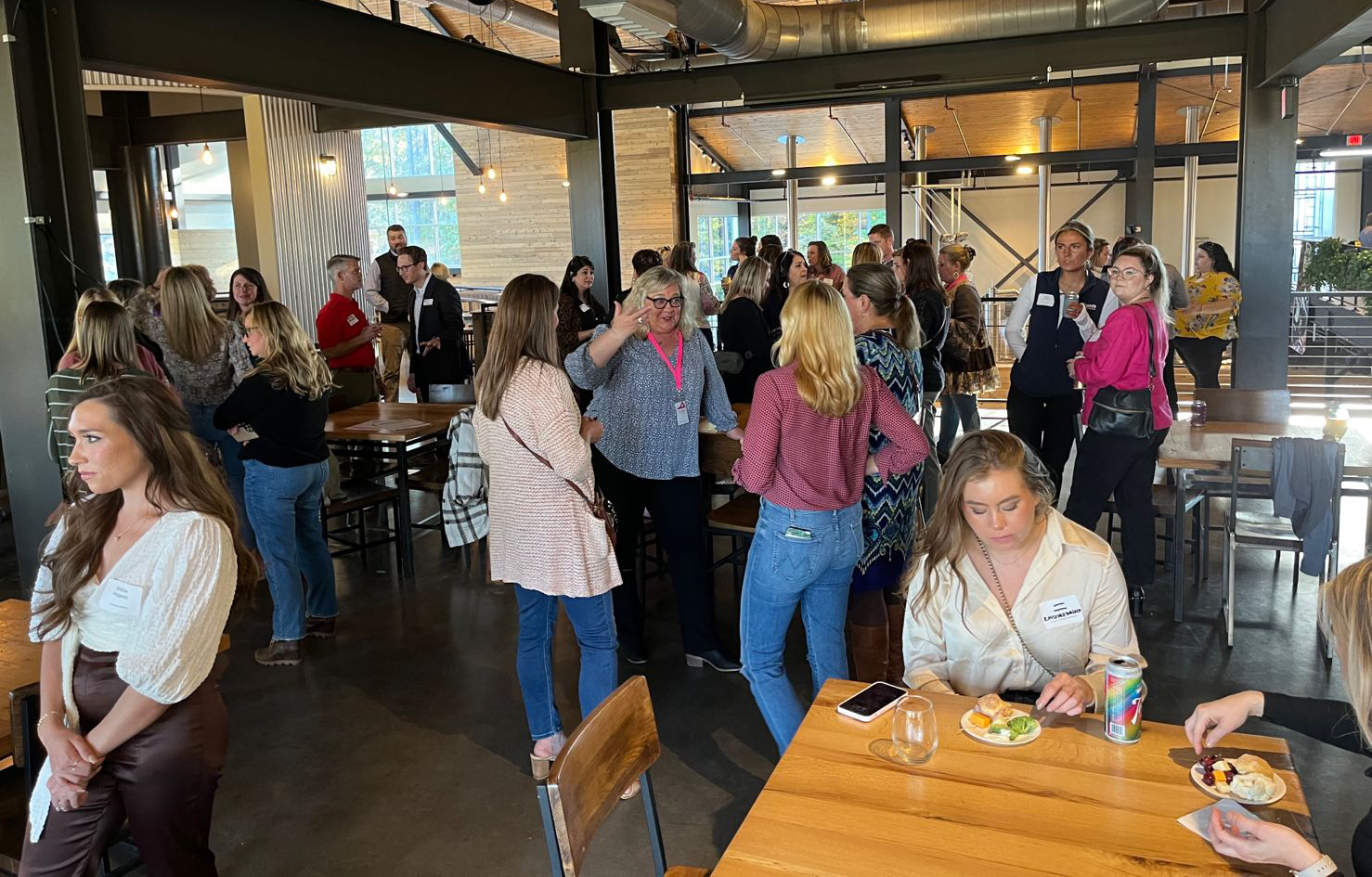 “We hope to educate and inspire women to help fill that void and to consider roles that they may not have considered previously, to help break the tradition of what a role in new construction has looked like,” she said. “We hope to not only inspire younger generations so that they see these opportunities as career paths, but also work with women, stay-at-home moms, who’ve been out of the job force for a while and are looking for a way to get back in.”

Having been laid off from her job with another homebuilder during the housing downturn that came with the Great Recession, Druhot said she’s experienced firsthand what it takes to succeed in the industry and wants to share her experience with others.

“During the downturn, I actually went out and cleaned houses for a few years. I had a family to support, and I was let go of my company because they had to do layoffs,” she said. “Being an individual who, 15 years ago, I was cleaning houses for a living and today I’m the director of sales for a top-five builder in our market, I truly believe that anything is possible. I want to create a space where women feel inspired and feel that anything is possible.”