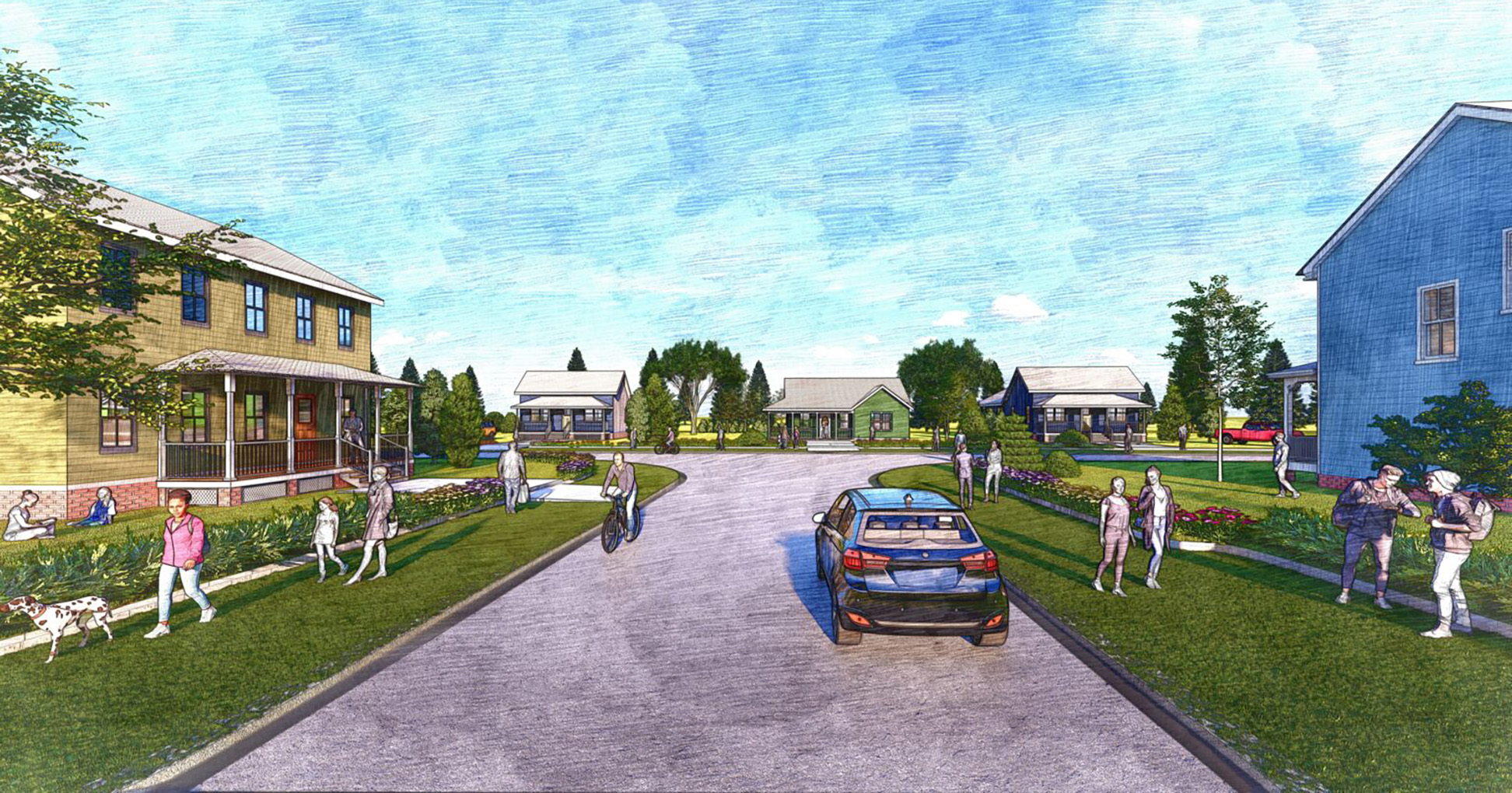 The housing nonprofit recently kicked off construction of a 10-home subdivision called Ettrick Landing in the Ettrick area of South Chesterfield. While the organization is familiar with new-construction projects, this one marks new territory for the group.

“This is the first time we’ve ever done a complete subdivision, including roads and utilities,” said spokeswoman Flora Valdes-Dapena.

The single-family homes are planned to range in size from 1,400 square feet to 1,700 square feet and will be a mixture of one- and two-story residences with three bedrooms each.

The plan is to have all the homes constructed and occupied by spring 2024. The first homes are expected to finish construction in late 2023. The development will feature a walking trail.

Project:HOMES is the general contractor building the residences. Shoosmith Construction is tasked with road and utilities construction.  Eagle Construction is a consultant on the project. Balzer and Associates is handling engineering.

MWCLT broke ground on the project at an Oct. 19 ceremony that included Chesterfield County government officials and other community representatives.

Ettrick Landing will rise on land that was formerly occupied by the Ettrick Elementary School annex, previously known as Dupuy Elementary, according to a county news release.

The county demolished the school building and transferred the site at 3901 Dupuy Road to MWCLT at no cost in a deal that was recorded with the county in October 2021.

The nonprofit plans to continue to own the dirt after it sells the homes, as it does with its other projects, in a bid to make the houses more affordable for their residents.

Valdes-Dapena said the development’s plan was created with feedback from the Concerned Citizens of Ettrick and Virginia State University.

“I think what we came up with is worth all the work everyone put into it,” she said.

Valdes-Dapena said Chesterfield officials approached the nonprofit in 2019 with a pitch for it to take over the former school site.

“We had recently been made the land bank of Richmond, which basically allows the city to transfer to us city-owned properties that are vacant and steward them. Chesterfield County saw that partnership take shape and decided they wanted to do something similar with this specific piece of land,” Valdes-Dapena said.

The county made Maggie Walker its land bank in 2019. The Dupuy Road property is the first property to change hands as part of the program in 2020.

Also in the southern part of Chesterfield, county officials are eying another old school property – the former Matoaca Elementary School – for a residential reuse project.