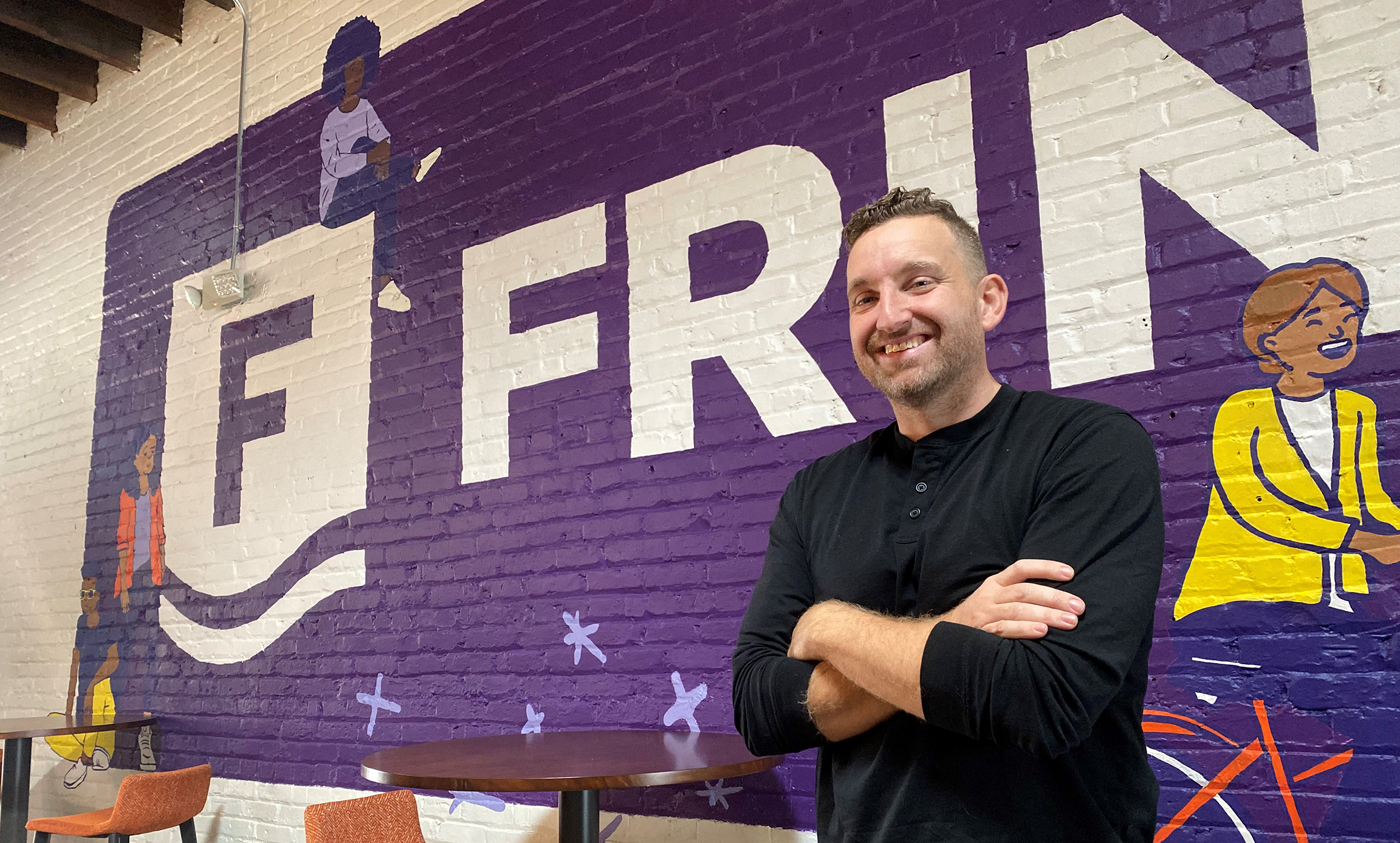 A Scott’s Addition-based startup that offers a fringe benefits marketplace for employee perks is closing out its fourth year with eight figures of fresh cash.

Fringe recently completed a $17 million capital raise, coinciding with its ongoing efforts to embed its program into other larger, employer-facing companies and sell its service with them as co-branded online markets.

“The big change in our company between last year and this year is focusing on channel partnerships, the first of which is Alight,” said Fringe CEO and co-founder Jordan Peace. “Alight is massive. They have very big, well-known customers, which is great. We had been mostly swimming in the middle market.”

Fringe also continues to operate its own employee benefits marketplace, in which companies pay for their employees to access personalized perks packages. Fringe currently has 200 companies in 60 countries that pay for its service. Customers include education company Chegg, delivery company Shipt and insurance firm Lemonade. Fringe’s marketplace features 450 vendors, among them Airbnb, Doordash and Stitch Fix.

Peace said Fringe’s move toward offering its services through other companies like Alight and ADP requires across-the-board efforts to handle anticipated demand. That’s where the new capital comes in.

“That requires from us some integration work, some preparedness for a flood of users that we want to be able to give the same level of service we do now,” Peace said. “It’s really spread out between product, marketing, and customer service.”

Peace said the ADP pilot kicked off in March and is still underway. The deal with Alight was signed in September and onboarding of Alight’s customers is in the works.

He added that Fringe could hit profitability in 12 months.

“It turns out they are fantastic referral partners but they are extremely decentralized,” Peace said of insurance brokers. “We spent 18-24 months learning that is not the way to get into lots of companies at one time.”

If all things stay equal, Peace anticipates the cash infusion could power operations for about two years. However, plans to bring on more employees could alter that runway.

Software engineers and marketers are expected to be priorities for hiring. Peace said marketing is of great importance as the young company seeks to position itself as a leader in its sector.

“We have to make sure we’re the thought leader in this new category of whatever you want to call it: lifestyle benefits, lifestyle services or employee services,” Peace said.

Fringe currently has about 80 employees (about 40 of them based locally). While there isn’t a specific hiring goal, Peace said the company could potentially double its total headcount by the end of next year.

Originally, Fringe had aimed for a slightly smaller capital goal when it began to put out feelers to investors in early February. Recent economic uncertainty and investor interest motivated an upward adjustment.

“I think when we first set out, I think we felt ($15 million) would serve us well. But with all the folks who wanted to participate, it just felt like a little extra in this environment, where we don’t know what the future holds, (would be beneficial),” Peace said.

Still, Peace said, it was more challenging than expected to find investors, which he chalked up to the looming potential for a recession.

“It was challenging with new folks. Nobody wants to go first, which is always common in fundraising,” he said. “The scary part is going first and once you get a term sheet and somebody leads, the dominos begin to fall. I think it was just a particularly terrifying time for the VC community.”

Fringe closed on the capital raise in mid-September. Peace said that to date the company has raised about $22 million from investors. The company launched in December 2018.

In April, Fringe opened its headquarters office at 1717 Summit Ave. in Scott’s Addition.