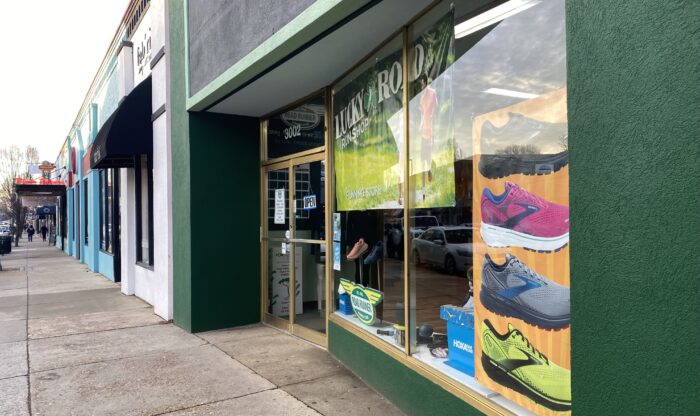 It took a decade, but Jeff Van Horn has made the loop back to Carytown.

The first time around, Van Horn lost out to a national chain when Carytown fixture Richmond Road Runner was looking for a buyer.

And while he didn’t get the chance then to purchase the longtime running shoes shop, Van Horn has now taken over that same storefront for the fourth location of his own chain Lucky Road.

Lucky Road landed in the 2,400-square-foot space after Van Horn heard through the grapevine that Thom Suddeth, the property’s landlord and original owner of Road Runner, was looking for a new tenant for the space.

“I think it might have been a third person Thom was talking to about the lease and the tenant and that got to me,” Van Horn said. 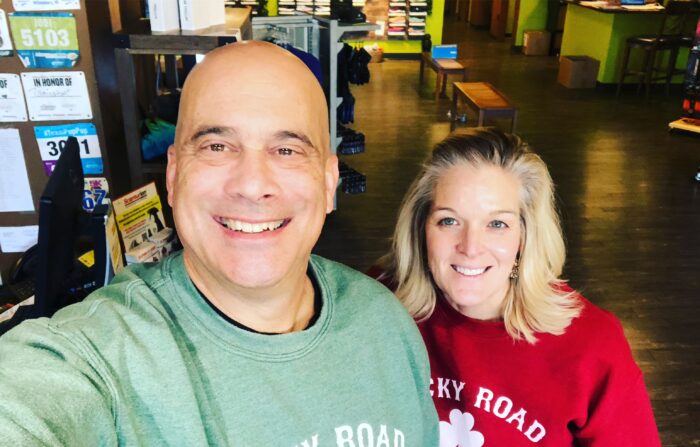 Suddeth sold Road Runner in 2013 to Running Specialty Group, which would later rebrand to JackRabbit, before being acquired by Fleet Feet in 2021. Fleet Feet had been running the shop at the time of its closure last year. Suddeth told BizSense in October he wanted a more stable presence at his property, and ended his previous tenant’s lease in favor of Lucky Road.

Van Horn said the expansion into Carytown wasn’t something he was planning. Rather, he saw a chance and jumped on it.

“The opportunity presented itself,” he said. “What Thom did with this business and the impact he had on the Richmond running community, we have an opportunity to carry that legacy.”

Lucky Road opened its first location in 2012 at 13265 Rittenhouse Drive in Midlothian. The company’s Willow Lawn location, which is also its headquarters, opened in 2014. The chain expanded to Fredericksburg in 2016.