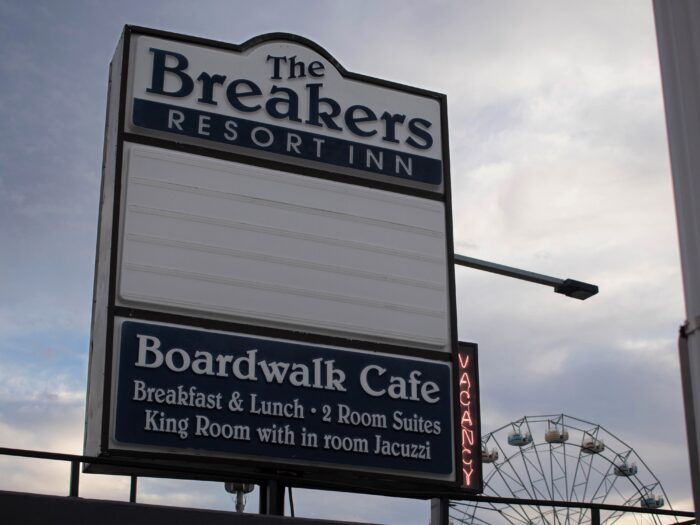 Editor’s note: This is the first installment of BizSense’s occasional coverage of the Hampton Roads real estate scene. Stay tuned for more.

A new owner is at the helm of a long-standing Oceanfront hotel, adding to a growing collection of Atlantic Avenue properties in their possession.

The Sibony family, known for their Sunsations chain of tourist shops both in and outside of Virginia Beach, purchased The Breakers Resort Inn last month.

Per city records, the family paid $6.48 million for the hotel property and also purchased the adjacent parking lot for $5.76 million. No brokers were involved in the transactions. 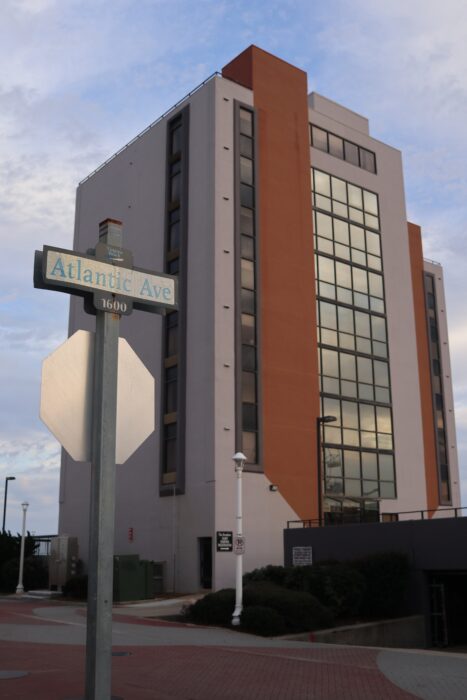 Breakers Resort Inn was built in 1984 by the Capps family. It was constructed in place of the Essex House Motel, which they purchased in 1962.

The hotel at 1503 Atlantic Ave. sits across the street from the Sibonys’ Pier Shops and joins the family’s earlier purchase of the fishing pier on 15th Street, which it bought for nearly $19 million.

“By acquiring that and the pier property next door, they now have this hugely valuable piece of property on the Oceanfront,” said R.J. Nutter II,  a lawyer involved in the transaction. “There’s probably a huge potential here that doesn’t exist anywhere else.”

While Nutter said he knows of no formal plans for the properties as of yet, he suggested it could be a significant development opportunity for the future.

This is not the first time the Breakers Resort site attracted a developer’s attention. At the start of 2016, the city was approached by a collective hoping to redevelop the 15th Street pier and surrounding area with a $245 million plan. With Bruce Thompson’s prolific development firm Gold Key | PHR on board, the group consisted of five families that own property in the vicinity, including the Sibonys and the Breakers’ previous owner, the Capps family.

The joint venture sought to construct a new 880-foot pier with 45,000 square feet of space for retail and entertainment, including a 180-foot Ferris wheel. Meanwhile, Breakers was to be replaced by a 200-room franchise hotel. A new vacation ownership resort also was part of the plan, with both buildings flanking a 20,000-square-foot plaza.

When news of the planned development came out weeks before a formal vote of approval by city council, many Oceanfront businesses spoke against it, pressuring the city to issue another request-for-proposal in 2018.

Richard Maddox, at the time owning property on 17th Street and representing a subsequent bid to build a new pier there, said that the original proposal’s unpopularity was due to its overemphasis on retail development, diluting an already competitive space.

“The restaurateurs and retailers went nuts because it’s been challenging here for a number of years anyways,” he said, estimating that the Oceanfront has around 9,000 hotel rooms in total. “We’re like a cruise ship down here, when we’re full, we’re full.”

Though three bids were submitted to the city in 2018, not much followed.

“They never ever responded to anybody,” Maddox said. “It just sort of died a quiet, natural death.”

Following the Sibony family’s acquisition last month, The Breakers Resort will continue to operate, though without the Capps managing it. The family, involved in Virginia Beach’s hospitality scene for four generations, constructed the 56-room hotel in 1984 to replace the Essex House Motel, which they had also owned. 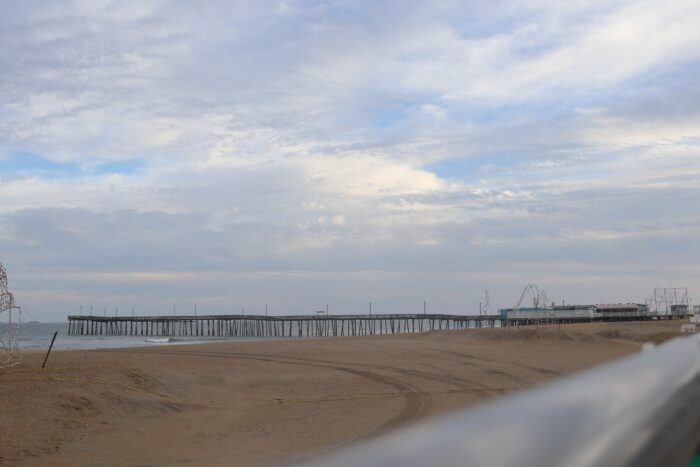 The fishing pier on 15th street was sold to the Sibonys last year for nearly $19 million.

Across from Breakers, little has changed at the Oceanfront fishing pier since the Sibonys’ takeover in April of 2022, partially due to arrangements made with the city.

“Part of that deal was to leave the existing tenants in place for two seasons. They’ve been there a long time,” Nutter said. Anchored on the pier is Ocean Eddie’s Seafood, alongside shops selling candy, seashells and fishing gear.

The 73-year-old pier was owned by the three other families involved with the 2016 proposal: the Murdens and Bonneys, as well as the pier’s original builders, the Lachmans. The transfer also needed city approval, given that part of the pier is stationed on city property. To comply with the agreement, the Sibonys now pay $20,000 a year to Virginia Beach.

The Breakers Resort Inn was not the only Oceanfront property to change hands at year’s end.

A week prior, the city purchased the Dairy Queen and neighboring 17th Street Park stage from Maddox for $12.8 million. 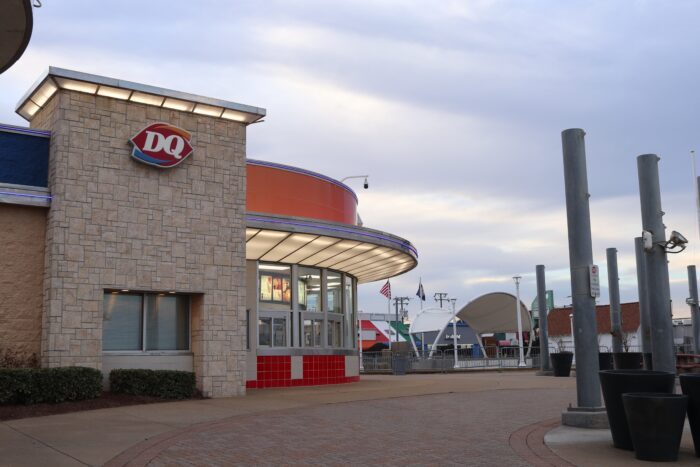 Richard Maddox chose to sell the property to the city instead of a developer, hoping to avoid any high-impact development of the space in the future.

His family has operated and owned Oceanfront Dairy Queens since 1949, the 67-year-old said. The longtime owner will continue to run it for at least five years, leasing it from the city for $100,000 annually.

“The city bought it to prevent it from being developed,” he said. “It’s one of the last and only gateways into the resort where you can see the ocean when you arrive and you’re not looking at a 22-story concrete hotel.”

Meanwhile, The Virginian-Pilot reports that the financing needed for an Oceanfront surf park is nearly secured, bringing a long-sought project closer to reality. The 2-acre wave pool is one component of the $350 million Atlantic Park, planned on the site of the former Dome between 18th and 20th Streets. The plan also calls for residential, retail and live entertainment features.

The development is a public-private venture. Venture Realty Group was selected to lead the effort.

On the Oceanfront’s south end, discussions concerning the future of Rudee Loop have been ongoing, with the city opening a survey in November to collect public input.

Four proposals are under review, offered by competing teams. Ideas vary from the construction of hotel and apartment spaces by Bruce Smith Enterprises, to different park-centered concepts, developed by either Gold Key | PHR, The Virginia Gentlemen Foundation or the Parks & Recreation department. Included attractions range from a surf museum to a skate park.

Originally slated to close January 8, the deadline to complete the survey has been extended until January 29.