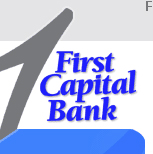 The new bank will have $1.5 billion in combined assets and $1.2 million in combined deposits. It will be headquartered in the greater Richmond area, and the operations center will be in Tappahannock. The deal is expected to be completed by the end of the year, pending stockholder and regulatory approval.

Executives from both banks said they haven’t determined how they will brand the new bank. For now, the combined holding company will operate both banks under their existing trade names, EVB and First Capital Bank. According to bank executives, the combined operations will cut costs by 7 percent, most of which will be obtained through shared data processing.

John Presley, managing director and chief executive of First Capital, said that mounting troubled assets was not a motivating factor in combining the banks.

“If you look at the credit performance of both of our banks, we certainly have seen stress with this economy,” Presley said. “But this is about putting together two healthy banks to make an even stronger one.”

Presley will become managing director and chief financial officer of Eastern Virginia under the deal.

Both banks are recipients of TARP funds. Eastern Virginia received $24 million from the TARP program Jan. 9. First Capital is expected to report the amount of TARP money they received when they file their 8K this afternoon.

“[The TARP funding] certainly improves the capital levels of both companies, but it was not a factor in the total decision,” Presley said.

Eastern Virginia Bankshares, which is based in Tappahannock, operates 25 retail branches under the name EVB. In the Richmond area, there are four branches in Hanover and one in Henrico on West Broad Street. First Capital Bank is based in Glen Allen and operates eight branches in the Richmond metro area, according to their website.

The deal marks the second community bank merger in Virginia this week. Union Bankshares and First Market Bank announced Monday that they were joining forces through an all-stock deal valued at about $100 million. You can read that story here.

Stick with RBS for more.