The views expressed in Guest Opinions represent only those of the author and are in no way endorsed by Richmond BizSense or any BizSense staff member. 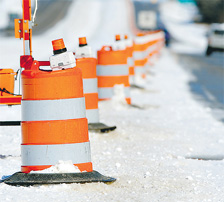 “I’m from the government, and I’m here to help” – nine of the most terrifying words in the English language, as Ronald Reagan famously said.

But right now all sorts of Americans and business owners are wondering what form government relief might take with a proposed federal stimulus package valued at $787 billion.

Where does the money go?

Virginia is set to receive a total of $4.6 billion out of the stimulus fund, otherwise known as the American Recovery and Reinvestment Act. The state’s social service programs will receive the most with $1.8 billion. The second largest amount is reserved for education at $1.4 billion, with transportation coming in third with $811 million.

If you’re wondering why a jobs-oriented sector of the economy like transportation is playing second fiddle to social services, join the crowd. And many states are now questioning the intent, scope and reach of federal stimulus allocations as they begin weighing the true impact of job creation in a languishing economy. The New York Times recently reported the slow trickle of funds into state economies. Less than 6 percent of the total stimulus money has been paid out in the past three months. The country now has little more than Medicaid payments and unemployment benefits to show for a fast-tracked jobs-oriented economic reform package.

Originally touted as a jobs bill, the amount and type of funds coming out of the stimulus package are raising eyebrows, confusion and frustration among states and businesses. Lately states are poring over the fine print to see what strings are attached. In Virginia, the Republican-led House of Delegates turned down $125 million in unemployment benefits.  As an election issue, the Democrats have stumbled upon a gold mine. But as a matter of principle, Republican leaders might have the last word. Virginia has never provided benefits to part-time workers, which the funds would have allowed. And the decision to permanently increase the cost of business for struggling companies is not one that business-friendly Virginia was prepared to make.

And Virginia is not a lone wolf. States like South Carolina and Louisiana have also avoided accepting federal stimulus dollars as a fix-it-all for their stagnant state economies.

What we know now

Virginia must have at least half of its stimulus award obligated by the end of June to receive its allocation in full. This process is already delayed because federal, state and local governments must all be involved. With transportation, for instance, the localities, the planning district commissions, the metropolitan planning organizations and the Commonwealth Transportation Board are involved before federal-level approval.

Accordingly, a recent Times-Dispatch article noted that Virginia is the last to obligate funding for its transportation projects. The state is ultimately eligible to receive nearly $700 million for road improvements.

Programs already set to receive funds include health care providers, educational organizations and public safety entities. Funds have been allocated with little specificity, for purposes as vague as homelessness prevention and child care. A full listing with analysis is available here.

For Virginia businesses, competitive grants are available from over 30 federal agencies. Awards must go to a specific program, and “shovel-ready” projects will receive funding first. Businesses must be aware of timelines for applications and decision dates. The best resources for information include the state stimulus website, the Virginia Liaison Office, the federal recovery website and state agencies.

Nobody is sure how all this stimulus will play out. We do know that we, the taxpayers, are bearing the burden of this government spending, and there is more risk involved than might seem apparent at first glance. Short-term projects may see the most funding from the onset, which will provide a quick boost to the economy. But borrowing from our future selves may take away from longer, more stable job opportunities.

We can also brace ourselves for a surge of government oversight unlike any we’ve recently seen. The president fired the chief executive of a privately held company while his administration loaded up on a stack of “czars” to oversee various parts of the government and sectors of the economy. We can expect that level of scrutiny to continue and increase beyond stimulus fund tracking.

As this ride unfolds, Virginia businesses can only hope to sharpen their grant-writing skills, fine-tune their legislative comprehension and hope for an ample piece of the pie.