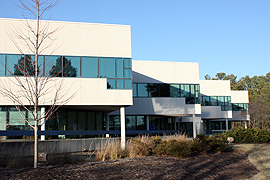 Another Richmond-based retailer will be winding down in the unglamorous fashion of a going-out-of-business sale.

Just like Circuit City before it, at the end of its corporate life no other company was interested in buying S&K Famous Menswear and trying to turn it around. Not even Stuart Siegel, the son of the founder who owned 15 percent of the company when it filed for Chapter 11 bankruptcy protection in early February.

Discussions with possible investors and local banks did not materialize, according to former chief executive Joseph Oliver, and suppliers were getting nervous and less willing to provide clothes on credit.

The company was founded in 1967 by two brothers who found a niche selling quality men’s clothes at a good price, but that niche evaporated as fewer men bought suits and the lower-end marketplace became more cutthroat, according to Oliver (more from him below). The company’s profitability peaked in 1999, Oliver said.

On Wednesday, Bankruptcy Judge Kevin Huennekens approved S&K Famous Brands Inc.’s plan to sell its assets to Gordon Brothers Retail Group, which will start liquidating the remaining merchandise from the 105 stores and headquarters as early as this week. Gordon Brothers guaranteed paying the bankruptcy estate $7.9 million and will keep 24.8 percent of the proceeds for itself. (Click here to see a video of what the liquidation of a headquarters looks like.)

The closure will ripple through Richmond . S&K used a local marketing firm to design and plan its ad campaign, and the company had four local stores.  Landlords at the locations – on Broad Street next to the headquarters, at Virginia Center Commons, on Midlothian Turnpike and across from Brandermill, with one more in Hopewell – be left with another gaping vacancy at a time when there are few new tenants. And the company supported local charities.

Jonathan M. Tibus, the chief restructuring officer who was essentially running the company, could not be reached for comment.

Hilco Merchant Resources got paid $150,000 for trying to find a buyer.

Late yesterday BizSense chatted with Joe Oliver, who was chief executive from May 2007 until April 9, when he was asked to leave by the board of directors. (You can watch him give a company pep talk here.) Before that, he was a director of mergers and acquisitions at Davenport & Company. Below is an edited transcript of a conversation with him.

Richmond BizSense: It didn’t seem from the Chapter 11 filing that S&K was in as bad a shape as Circuit City. Why couldn’t things be turned around?

Joe Oliver: We did everything we could to get the debt paid off. Usually you can raise new financing to get yourself out of bankruptcy. We were talking to a number of investors and local banks.

RBS: To be sure, this is a tough time to be in retail, but some chains are doing okay, and you guys were in the lower-priced bracket. Wouldn’t that be a good place instead of selling premium suits?

JO: We had negative comp sales for three years. We were closing a number of stores to raise money, but it’s tough to catch up. And then vendors stopped giving merchandise. We had no money to pay expenses, and it’s hard to recover from that.

RBS: So what would you say was the biggest problem?

JO: The suit business isn’t a good one. We were moving aggressively to add casual clothing. And tuxedo rentals were huge. But we couldn’t grow those fast enough to make up for declining revenue in suits.

RBS: Jos. A. Bank seems to be doing okay.

JO: They began trading up real estate in the late 1990s and moving into branded sportswear. A lot of their success comes from a quality product, and they convey it to customers. Being a discount message [like S&K] in a bad economy is a tough one. Then we were competing with Target and Coles. And if you’re trying to match those guys on price, that makes for a tough equation.

RBS: Why didn’t any of the big owners or board of directors step up and buy the company?

RBS: What are some of your regrets?

JO: I loved the S&K employees, and I feel sorry for them. In a bankruptcy, it’s the employees who get the short end of the stick. I’ll be okay, but they may have a hard time finding jobs.

RBS: Is this the worst of the recession?

JO: I think we’re about a third of the way through the retail shakeout. We are not done with bankruptcies and consolidations.

RBS: Should anyone in BizSense Nation be needing a suit, what sort of deals might they expect?

JO: There will be some good bargains. Maybe 30 percent to 40 percent off.