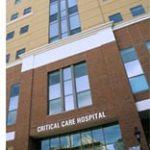 VCU Health System’s high death rate of 19.3 percent for heart attack patients emerged last week in a report from the Center for Medicare and Medicaid Studies.

The chief heart doctor, George W. Vetrovec, who spoke with BizSense on Friday, repeated in a video response posted on the VCU website that many of the patients who come to VCU are in poorer health. But he also said that VCU receives referrals from all over the region because it is the largest hospital, and those patients are in poorer health.

VCU Health System has a 19.3 percent mortality rate for heart attack patients, compared to the national average of 16.6 percent.

Dr. Ron Clark, the chief medical officer at VCU said that while the mortality rate was high, in the area of procedures and response time to heart attack victims, VCU is among the nation’s leaders.

You can read about the report here.

What Dr. Vetrovec said is absolutely correct. We see far more people than any other hospital in the area & the majority of those people are in very poor health. We also receive patients from all over the state… some of which are from the other hospitals that have a higher rate! (You could almost wonder if they transfer them to us because they don’t want to raise their mortality rates & do not want to treat a patient who does not have insurance or doesn’t have anything other than medicaid or medicare!) If you were to turn those stats… Read more »