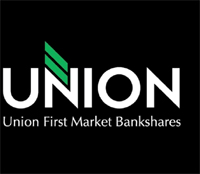 Those billboards that ask “Is it so wrong to love a bank?” might expand their reach even further in Virginia.

Union First Market Bankshares announced today that it is bringing two of its oldest subsidiary banks under its newest banking brand.

The combined Union First Market Bank will have 90 branches under a single brand.

Northern Neck has nine locations in the Northern Neck and Tappahannock. It brought in $811,000 in profit in the first quarter, according to FDIC call reports, and has $337.8 million in total assets.

The $191.6 million Rappahannock National has six branches in Front Royal, Middleburg, Washington, Warrenton and Winchester. It reported $335,000 in the first quarter.

Although the name on the branches will change, the company said in its news release that the Northern Neck and Rappahannock branches will continue to operate with the same personnel.