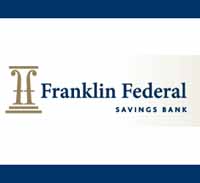 One of the region’s largest local banks is looking to go public.

Franklin Federal Savings Bank, which was started in 1933, is in the early stages of a plan to convert from a mutual savings bank to a publicly traded stock corporation.

CEO Rick Wheeler said that he was limited as to what he could say about the pending conversion but that the plan would help position the bank for growth in raising capital and making acquisitions. [private]

There’s not much information available about Franklin Federal’s pending stock offering in terms of price or the amount of capital that could be raised. And because it’s a mutual savings bank converting to a public company, the method by which the shares will be distributed varies from normal stock offerings.

The bank originally came up with the plan in September 2008. The collapse of the financial industry just weeks later put that on hold.

“It was a bad time to proceed,” Wheeler said during an interview at Franklin Federal’s Innsbrook headquarters.

The main purpose of the move, according to the conversion plan documents, is to raise capital for future lending and growth, including new branches and acquisitions. It will also give it the opportunity to access the capital markets, something that has been off limits to Franklin Federal because of its status as a mutual savings bank.

Mutuals, unlike most other banks, don’t have the ability to sell stock and therefore don’t have shareholders. They instead have members who each are considered owners of the bank based on the deposits they have in the bank. Mutuals are also limited to deposits and earnings as their only means of capital, keeping acquisitions largely out of the question.

“The stock will allow us, should we so choose, to be acquirers,” Wheeler said, adding without naming any names that acquisition targets are out there.

Wheeler said his bank isn’t making this move because it needs the cash.

“We consider this to be an offensive move,” said Wheeler, 63. “We’re well capitalized. We never took TARP.”

Mutuals are known for their conservative nature, which has helped Franklin Federal grow, somewhat quietly, to become one of the area’s largest local banks.

As of June 30, Franklin Federal had just under $1 billion in assets and $661.6 million in deposits. It controls 1.15 percent of all local deposits, trailing only Union First Market Bank among locally locally based banks.

Traditional mutuals such as Franklin Federal are something of a throwback. They don’t offer checking accounts. They don’t have ATMs all over town. They still use passbooks on deposit accounts, something the online banking generation probably hasn’t heard of, Wheeler said jokingly.

But that will all likely change if this conversion is approved.

“We will become more bank-like over the next couple years,” Wheeler said.

And should all go as planned, Franklin Federal’s members stand to benefit from the offering.

Any member that had at least $50 in deposits in the bank as of Sept. 30, 2009, will get first dibs on the stock offering. The bank’s employee stock plan will get the second crack at it. Other qualified depositors will be third in line, and if there are any shares left unsold by that time, the bank will likely do some sort of offering to the general public.

Mutual conversions historically have been known to be very attractive deals for members. Some investors have been known to keep small amounts in deposits at mutuals all over the country just on the chance that they might one day convert to stock companies.

Tom Tullidge, an investment banker at Cary Street Partners who has worked on bank deals, said the conversion and going public could be a boon for depositors.

“Typically they end up with a value that they couldn’t have unlocked before,” said Tullidge. “If you’ve been a longtime customer of Franklin Federal, you’re going to get a piece of paper and in turn you get a liquid asset that you can sell.”

The plan also calls for a certain percentage of the stock to go into the Franklin Federal Foundation.

The timeline of the conversion is up in the air, although it is often a lengthy process, Tullidge said, pending approval from the Office of Thrift Supervision and filing a registration statement with the Securities and Exchange Commission.

Tullidge said the challenge will be to figure out how to divide up the bank’s equity among depositors and determining the value of each share.

There’s no word on what investment bank Franklin Federal is working with on the offering, although Sandler O’neill and Keefe Bruyette & Woods are known to be among the few that have a specific expertise in mutual conversions.

The bank was founded in 1933 in the midst of the Great Depression as Federal Savings and Loan of Sandston. After a move to Franklin Street in Richmond, the name was changed to Franklin Federal. [/private]

Many mutual savings banks (where depositors are shareholders) are using this strategy to raise additional capital either to grow or fund losses. The difficulty will be to raise capital when banks are typically not performing well in this economic environment.

That might hold up some institutions, but it won’t be an issue for Franklin Fed, one of the most conservative lenders in the market place. They are very strong.

These deals have not done well for the stock buyers in recent years. Most of these stocks that were sold to depositors at $10.00 per share are selling for $2 to $9. About 75% of them have lost money. I will be very carefully before I convert my insured deposit into a crap game.