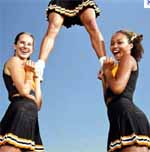 Rose, 22, has a leg up on her classmates: She has been running her company, More Than Cheer, since 2007.

She started the company when she was 19 and had just transferred to VCU from Avila University in Kansas City, Mo., where she received a cheerleading scholarship. The business, which offers cheerleading programs to girls on the recreational, high school, and semi-pro levels, began with Rose teaching private lessons while on VCU’s cheerleading team. 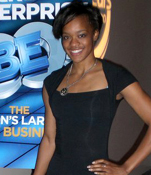 The business now has 300 clients, including local schools and recreational centers. More Than Cheer has a staff of more than 10 instructors who teach the company’s cheer and dance camps and classes. Each camp averages about 50 girls, and the classes have 10 to 50 participants.

Last month, Rose was one of six finalists at the Global Student Entrepreneur Awards East Coast regional finals, an international competition that recognizes high school and college students who run their own business. She didn’t make it out of the regional competition, but Rose says the experience has added to the success of her business.

“A lot of exposure has come from the competition and has gotten me further than if I were to do it on my own,” said Rose.

“USA All Stars gives us access to their facilities, and in turn we’re bringing in more people to their gyms and giving them exposure,” Rose said.

With so much positive feedback and support from local recreational facilities, Rose is planning to branch out to other associations.

“We’re hoping to do camps for entire recreational leagues, which would bring in 600 girls easily,” she said.

Class prices are $40 to $160 for the cheer and dance camps, $40 to $320 for private lessons, and $60 for the after school programs. Rose would not discuss the financial details of her venture but mentioned that profits have more than doubled since she started.

More Than Cheer also offers scholarships for its after school-programs for students from low-income families who have been referred by their schools. More Than Cheer provides free or low-cost cheering lessons depending on needs and funds available.

Rose is a fifth-year student pursuing a double major in entrepreneurship and marketing. And come graduation in May, she already has a job to fall back on.

“I plan to work on my company full time and by next year expand to four markets in Virginia, Maryland, and North Carolina,” she said.

I’ve been self-employed since I was 18 and it’s always heart-warming to see others still interested in going after their passions and making a great business out of it.

I have a vacant dance studio space available just for you!!

This is an awesome story, Brittany! Never give up that “cheery” smile and positive attitude. I participated in ballet and baton twirling as a child, and then was a majorette in high school and a cheerleader in college. I coached cheerleading for my daughter’s athletic association, and then became the director of cheering. And, now I’m considered the “cheerleader” of my company. I believe children need to participate in extra-curricular activities in order to develop a positive self-esteem. And, cheering and tumbling keep them physically fit. It sounds like that’s what you are doing, Brittany, and I commend you for… Read more »

Thank you all for your positive comments. Its really inspiring to know that I’m supported.

Jesse – I would love to sit down and meet you!

Scott – Please email me about your studio. I’m very interested!

Congrats Brittany. I knew it wouldn’t take long. Keep up the great work.