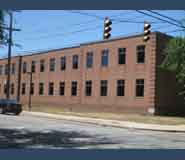 Last night City Council decided the fate of the Verizon office building in Carytown, unanimously giving a green light to the proposed retail development of the site.

Council voted 9-0 to approve a special use permit allowing Maryland Financial Realty to develop the property into a more than 40,000-square-foot retail center called Carytown Place, which is slated to feature a Fresh Market grocery store.

Opponents and supporters got in their final arguments, capping off months of debate. Both sides had set up websites and social media campaigns to rally for their side.

Before the vote, attorney for the developer presented the applicant’s case one more time.

“This proposal comes before you with staff recommendations, a 7 to 1 vote from the planning commission, a 2 to 0 vote from the land use and housing committee, and an MDA (Museum District Association) vote that was once opposed but later reversed,” said Andy Condlin, an attorney with Williams Mullen representing the developer.

Condlin said the development would help reverse the negative trend in retail sales that has been felt in the area since 2007. 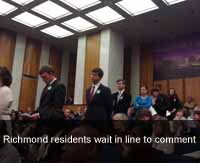 Not so keen to see the project were members of the Don’t Big Box Carytown group launched by area residents and businesses including the Ellwood Thomspon’s grocery store, who argued that a new development would only cannibalize existing sales in the area.

Alexander Macaulay, attorney for the opposition, was among the many to speak against the development in the final moments before the vote.

“We can count. We know how this vote is going to come out tonight, but there is no question this SUP has come out better because of the efforts of Don’t Big Box Carytown.”

Are you kidding me? ANOTHER food store within a stones throw of three others? What a waste of space…

With all of the growth happening in Shockoe Bottom, I’d really hate to see Carytown go down because of stagnation due to that “stuck in my ways” kind of mindsets. I honestly believe that both sides of the argument were voiced adequately, with many points considered. This wasn’t a ‘on a whim’ decision – it was quite calculated and thought out through a long process. I am excited to see that more growth will happen in Carytown also, keeping (and bringing more) people into the city, into Carytown, and growing Richmond as a whole.

Still can’t figure out the opposition. Don’t Big Box Carytown??? Huh? What do they call Kroger’s Martin, CVS, and Walgreen’s??? These are all big box stores run by large out of state corporations. And why not have another valid retailer, willing to pay rent and invest in an otherwise empty property, at the time of a national downtown in real estate with thousands of empty properties across the country. The community should be elated that Fresh Market wants to bring investment to the neighborhood.

Agree with enlightened one. Don’t really see how this decision was contentious in truth – the opposition was overblown. Basically, it was Ellwood Thopmpsons that hated it for obvious reasons. Literallly all the people in the neighborhood that I’ve talked to support it (and yes, I live within walking distance). Frankly, that area is already “big boxed” and strip malled. I’d rather see full buildings, empty buildings are a sore on the city. Doesn’t really matter what they put in there, retail-wise. And yes, even a walmart would be fine by me (though laughably dubious despite the fears put forward,… Read more »

Very excited for the new development. I would like to see fuller buildings as well.