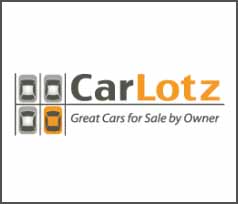 Look out, CarMax: CarLotz wants a piece of the action.

Bor, 37, went from brokering investment banking deals at Harris Williams to wanting to be the middle man in used car sales after he decided there must be a better way of selling a car than going through a dealer or advertising on Craigslist.

“It’s fundamentally a consignment shop for used cars,” said Bor of his venture.

Bor said he aims to open lots where people can showcase the used cars they’re looking to sell while having someone else do all the work involved in the process.

Customers pay CarLotz an initial $199 fee to prepare the car for a sale. The customer sets the price (CarLotz will help with that, too), and the company posts the car on various online markets and handles all the calls and offers a vehicle might receive.

If and when the car sells at an agreed-upon price, CarLotz takes a $599 “success fee” out of the proceeds.

“Instead of going to Craigslist and doing all the work themselves, CarLotz is a way to have someone else do the work and capture the value sellers would otherwise give up,” Bor said.

There are no fees for buyers unless they use CarLotz’s other services, such as financing and warranties. The company has recruited BB&T to help with financing, which will also be offered to sellers who can use their car as collateral for a loan on another vehicle.

CarLotz is still in its early stages, having just launched its website and closed on its first round of financing, $525,000 in seed capital. The company is in the process of leasing its first pilot car lot in Richmond.

The seed money was primarily from local investors and should be enough to get the first lot up and running, Bor said.

“We think that will take us to a profitable single unit,” Bor said. “The goal is to do a great job with one store, get the process down, and then be able to leverage that to expand store counts in a way that we don’t lose that high-touch customer feel.”

Knowing that the company will make at least $800 per sale, Bor said CarLotz needs to sell about 20 cars a month at its first lot to do well.

Bor, who went to Lehigh University and has an MBA from Harvard Business School, says he has always had the entrepreneurial bug. When he left Harris Williams, though, he didn’t know exactly what his business would be.

“Before I left, I had narrowed it down to two ideas that I thought I wanted to do,” Bor said. “The goal was to write the business plan for each. CarLotz was the overwhelming winner in my head.”

Bor enlisted two of his buddies, Aaron Montgomery and Will Boland, to take the leap with him.

Montgomery, 32, has worked in the car business his whole life and moved to Richmond from Chicago a month ago to join CarLotz. Boland, 30, worked with Bor at Harris Williams as an analyst.

All three are working for free for now.

“It will be the three of us running this thing until we get it perfect,” Bor said. “We’re working for the love of the business at this point.”

Their confidence in the business model stems in part from the size of the industry CarLotz wants a piece of.

“The market is huge,” Bor said. “There are 40 million [used vehicle] transactions a year.”

There are about 50,000 used-car dealers in the United States, Bor said.

“Even the largest player in the country, CarMax, handles about 1 percent of that volume.”

Bor is well aware that the name CarMax carries a lot of weight in these parts.

“CarMax has done a great job of getting people to look at the used car market in a different way,” Bor said.

But CarLotz has no fear in going head to head with what will be its local rival.

“We feel we fit in comfortably next to CarMax,” Bor said. “We see ourselves as the way car selling should be. Obviously we won’t be using that slogan. But we think we’ll be able to coexist.”

Although one lot in Richmond would pale next to CarMax’s hundred-plus stores nationwide, CarLotz is thinking big.

“Most industries have at least two big players,” Bor said. “CarMax is really the only game in town. I’d like to think we can grow to be a major player in the used-car world.”

I sold a car through a “park and sell” lot in AZ. The concept worked great and took a lot of the hassel out selling the car. Other than advertising the car, the most attractive feature when using the lot is safety. Because the car is kept at the lot you don’t have strangers coming to your house. I hope CarLotz works out but there pricing seems high ($800 total to sell). The lot in AZ charged a flat fee around $180 for 4 weeks of advertising and space rental. If the car didn’t sell in 4 weeks you could… Read more »

For more information on how CarLotz works, please visit http://www.CarLotz.com. We look forward to seeing you on our lot! Thanks!

Thanks, Ian C. for your comment. Glad to hear you had a great experience at Park and Sell in Arizona. We think consumers are looking for a third option in the used car space (aside from a traditional dealer or doing everything themselves.) CarLotz is different from a park and sell concept, however, in that we actively market our customer’s cars using the Internet, traditional media, and more personal methods and we help the buyers secure financing and warranties to enable the transaction to happen quickly and at a fair price for both parties. That’s why our fee is moderately… Read more »

Good luck to the folks at CarLotz on their new venture. Sounds like a solid business plan.

Congratulations on raising the capital and getting this started…all the best!

Great idea! I’m getting ready to sell one of our cars. Doing it yourself is a hassle – not a huge hassle but it IS time consuming. Prepping the car, taking pics, listing on a number of different online sites, dealing with phone calls and test drives, etc. Helping to qualify buyers and offering financing should work well. Hurry up and open up your first lot, would ya!!! email me when you do…

There was a company based in Northern VA attempting something very similar — they folded about 6 months ago due to inability to raise funds to get through the startup period. Hope you guys have better success. Their website is still up, so you can see what they were doing: http://www.driveway2driveway.net/

I’m convinced that the market need is there. The last few cars I’ve sold have always been dealer trade-in or Car Max; $800 is expensive, but not as expensive as trading in….

Great idea, and I wish you great success. My two cents: “cute spellings” are stupid. Or should I say “stoopid.”

Well post! The details are pointing about the used cars on consignment. It seems to be really good idea. Wish you all the best for further and congrats too.