A rural county near Charlottesville is suing one of Richmond’s oldest financial firms, alleging the company tried to line its pockets through the sale of tens of millions of dollars in municipal bonds at taxpayers’ expense.

Fluvanna County’s Board of Supervisors alleges that Davenport & Co. misled it into issuing a certain type of bonds that would allegedly result in higher commissions and fees for the firm. Davenport was the county’s financial adviser and represented it in a $70 million bond sale in 2008.

In the suit – filed Sept. 6 in Fluvanna County Circuit Court – the Board of Supervisors claims that because of Davenport’s alleged actions, the county and its residents suffered damages of more than $18 million because of unnecessary interest paid on the bonds. The suit also claims that Davenport benefited from fees at the expense of the county.

Davenport & Co., which has been around since the 1800s, said in a prepared statement that it stands behind the advice given to Fluvanna County and that it will vigorously defend itself.

“The contention that Davenport recommended one option over another to enhance its fees is absurd,” the firm said in its statement. “It is contrary to Davenport’s century and a half record for integrity and for always putting its clients’ interests over its own.”

The suit stems from a fund-raising effort in 2008, when Fluvanna County (population 25,000) was growing rapidly and needed bonds to expand its infrastructure. The county wanted to build a new high school.

The county considered at least two options for raising $70 million: issuing bonds by itself or participating in a pool of bonds offered by other localities through the Virginia Public School Authority.

The suit claims that at the urging of David Rose, head of Davenport’s Public Finance group, the board of supervisors issued standalone bonds rather than pool bonds. The move resulted in a larger-than-expected difference in the interest rate the county had to pay, costing the county $18 million more than the pool bonds would have, the suit claims.

Davenport failed to disclose the significant difference in the borrowing costs between the two types of bonds, the suit claims.

The board’s suit claims that Davenport should not have recommended the standalone bond and that it should have participated in the pool or wait until the market stabilized.

“Doing so would have resulted in lower compensation for Davenport and, presumably, for Rose himself,” the suit claims.

Davenport was also a minor underwriter on the VPSA pool bonds, so it should have had knowledge of the rates they carried, the suit claims. 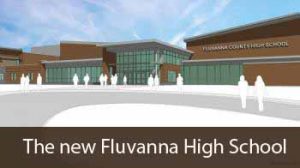 The county is also displeased that Davenport earned fees, both hourly and project specific, for the bond work and for the potential refinancing of the bonds, while at the same time earning fees as the board’s financial adviser.

Davenport and Rose, the suit alleges, continued to urge the county to refinance the bonds after they were issued.

“Fluvanna County paid excessive and redundant financial advisory and project specific fees to Davenport, for which it received deceptive, false and self-serving advice from Davenport,” the suit claims.

Davenport said in its statement that it presented several financing options to the supervisors and carefully explained each one.

“As it does in every such representation, Davenport made certain the board was aware of all of the costs of each of the various financing options presented, including any fees that Davenport would or might earn,” the firm said in its statement.

“The county was seeking to finance a new high school during a time of interest rate volatility, just after the 2008 financial collapse,” Davenport said in its statement.

“By a vote of 4 to 2, the board made a considered decision to choose an option that gave it more flexibility to refinance when rates stabilized. The only factor that is different today is that the political winds have shifted.”

When reached by phone Tuesday, Fluvanna County attorney Frederick Payne said he does not comment on litigation.

Doug Palais, a local attorney with Eckert Seamans Cherins & Mellott, which is representing the county in the case, did not return calls seeking comment.

The Fluvanna supervisors are asking for a jury trial and want the court to enter an order demanding that Davenport pay the county $18.5 million in compensatory damages, $350,000 in punitive damages, and disgorgement of all fees paid to Davenport.

Davenport is no stranger to Fluvanna County or to the realm of public finance.

Until the relationship ended in 2010, Davenport had been the county’s financial adviser for more than 15 years, according to the suit, and it persuaded county supervisors to hire the firm to advise it on the bond issuance.

Davenport’s public finance practice employs 18 people, and the firm has done work for dozens of municipalities in Virginia, North Carolina and Maryland.