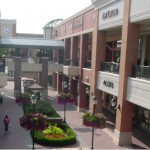 If you bring your cell phone to Short Pump Town Center this holiday season, prepare to be followed.

Mall operator Forest City Enterprises is deploying a technology that will allow them to track the movements of cell phones within the mall to study shoppers’ habits and see which stores they visit.

The management company of both malls, Forest City Commercial Management, says personal data is not being tracked.

“We won’t be looking at singular shoppers,” said Stephanie Shriver-Engdahl, vice president of digital strategy for Forest City. “The system monitors patterns of movement. We can see, like migrating birds, where people are going to.”

Still, the company is preemptively notifying customers by hanging small signs around the shopping centers. Consumers can opt out by turning off their phones.

The system, manufactured by British company Path Intelligence, has been used in Europe and Australia.

Other U.S. retailers, including JCPenney and Home Depot, are considering using it within their stores.

That’s a bit unsettling. What a great reason to shop at Regancy!

It definitely crosses a line. Opting out by turning off your cell phone is unfeasible and far too burdensome on the wrong party.

I will certainly do my best to avoid Short Pump Town Center this season.

Why Not? What’s the BIG deal? This technology allows a way of making things better for our future shopping! What’s the difference in this and checking in and out on facebook? Your telling everyone where you are and what you are doing there! I think it’s a good marketing technic and I see no harm. If you don’t like it TURN IT OFF!!!

Not sure that I worry about this too much. I guess it is kinda like many GPS systems that pick up our locations to show traffic density. Technology is moving so quickly, we do need to be aware of it and I appreciate your post.