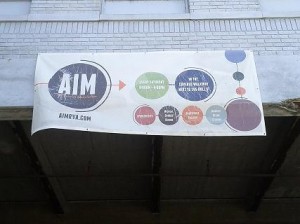 A Richmond designer is bringing an open-air antiques and art market back to Manchester.

Michael Sparks, owner of Michael Sparks Design, is the brains behind Antiques in Manchester, which will launch its second year on Saturday. Sparks said he envisions the event as a little slice of Europe in the commonwealth.

“I think if the arts and design communities really get behind this, it could be like our own version of a Paris flea market,” he said.

Sparks said that this year he wanted to incorporate more produce and food in the event. Farm 2 Family Farm Bus will be at the event Saturday.

According to the event’s website, vendors reserve spaces for $10 for in the open air and $15 under a canopy. The site lists 23 vendors.

Antiques in Manchester, which is also sponsored by Ghostprint Galleries and Maurice Beane Studios, will be every Saturday through the end of December from 9 a.m. to 4 p.m. at Third and Hull Streets.

Great event worthy of weekly visits. In fairness, proper credit should be given to Maurice Beane and Geraldine Duskin who have been promoting this concept in Richmond for several years at other venues, and were responsible for debuting it in it’s current location, last year.