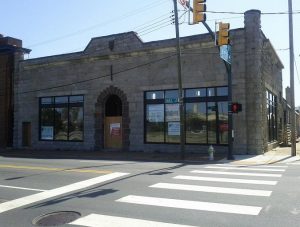 Ron Hunt, principal at Genesis Properties, is installing 39 apartments at the corner of Seventh and Hull streets, and the project could have a frosty twist.

“There is commercial space in the front of the building, and we’re in talks with a microbrewery to go there,” Hunt said.

Hunt said it was too early to say what the name of the brewery would be but said the owners were planning to have it open for tastings regularly, much like Hardywood Park.

“The one thing they told me they weren’t going to brew is a brown ale,” Hunt said, referring to Legend’s staple product.

The building, at 616 Hull St., was bought by Riggers Inc. in 1979 and sold in 2010. Hunt bought the property in October for about $900,000 from a company called Manchester Motorworks, according to city records. 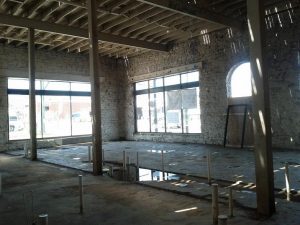 Hunt said the whole deal was about $5 million financed through Xenith Bank. MGT Construction is the contractor, and Walter Parks is the architect.

Rent in the apartments will range from $575 to $1,200, a price point Hunt hopes will attract young professionals to the building. Hunt said the rooms come with free cable and Internet. Renters will pay utilities.

Parks, the architect, said that not every room would have exterior windows but that the rooms would be well lit.

“There are lots of ways we can get natural light into the rooms,” he said. “All the rooms will be pretty bright.”

Parks said the apartments would be available in the fall.

This would be awesome for the whole Richmond region! Another microbrewery I mean, not the apartments necessarily.

The apartment market in Manchester could not be healthier with vacancies at near zero. Hopefully, soon, it’ll reach the point in which the improved numbers and demographics will lure a grocery store.

I dont underestand the constant negative comments about more apartments. Nothing but good things can come from more residents.

More apartments are great–this area is growing so fast and I see so much promise in it’s future. BUT what is it with more and more apartments not being lit by natural light??? I mean, come on! What is appealing about that?? Can we please start building quality over quantity? I hope this isn’t just the architects design….

Will Pearce
Reply to  Morgan

Morgan, people who work on restaurant schedules or other jobs that have a non-standard work day. With limited morning light it can help people sleep later. Not everyone works 9-5.

Jay
Reply to  Will Pearce

@Will Pearce, To be fair, I’m 99% sure that was not a consideration in this design. It was likely, as Morgan pointed out, an issue of quantity: getting as many units in as possible. Not saying that’s good or bad, just calling it how I see it. Hunt and Genesis have several properties throughout Richmond that feature lots of units with no direct exposure to natural light. 1309 W. Broad St, Ram Cat Alley and some of the buildings in the first block (single digit address) of W. Broad St all feature these types of units and I believe they… Read more »

Morgan, natural light can be admitted to apartments through skylights and light wells. The article only states that some units may not have exterior windows; all units will have some means to be lit by natural light.

@Will Pearce, so those units will only appeal to people who work restaurant hours? What a limited audience…. and Jay is correct–the developers/architect did not take that into consideration. It’s all about getting people into the buildings. And Jay, all of which were designed by the same architect. Brandon, I doubt these units will have “direct” exposure, I’m sure they will be lit by light from the hallway or other common areas. Personally, not appealing, but if they rent well then I’m all for it. Cheers!

Although the sentiment is nice, the microbrewery shouldn’t worry about stepping on Legend’s toes. Legend is the alpha dog and can take care of itself. It’s not like the Richmond craft brew market is saturated by any stretch. Brew a brown ale if you have a great recipe for brown ale. It’s not like people will stop drinking Legend beer if somebody else brews a brown ale.