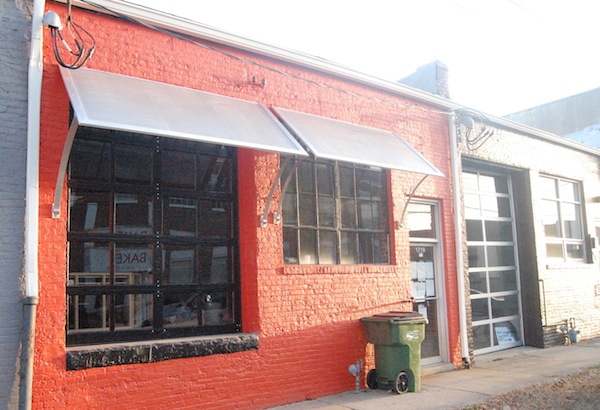 There’ll soon be a new way to get a caffeine fix in Scott’s Addition.

Lamplighter Roasting Company is getting ready to open a new second location at 1719 Summit Ave. The 1,400 square foot coffee shop will replace the Kickstand, a tasting room Lamplighter has operated since January out of the Richmond Cycling Corp. building next door.

Lamplighter co-owner Noelle Archibald said the space should be up and running between early next year.

“We’ve been looking for a location for a new espresso and coffee bar for a while,” Archibald said. “Our cafe is so busy. It’s hard to have space for all the things we’d like to do.”

Lamplighter opened its first location about three years ago in the Fan area at 116 S. Addison St. The owners are working with Richmond developer Scott Coleman, whose company High Summit Holdings owns the property, to design and build out the new space.

Archibald said that the Scott’s Addition shop would offer a limited selection of prepared foods but that the emphasis would be on coffee and espresso-based drinks.

“Basically we aren’t looking to replicate our cafe, but to create a whole new experience,” she said.

Archibald, who started Lamplighter with husband Zach and roastmaster Jennifer Rawlings, said the temporary setup in the Richmond Cycling Corp. building allowed the business to see if there was enough of a market for a coffee shop in Scott’s Addition. They closed the Kickstand in September to focus on renovating the new space.

Archibald said she wanted to stick with the neighborhood because it’s a heavily populated area and is easily accessible from the highway.

Scott’s Addition in recent years has seen its old warehouses get converted into apartments with the help of historic tax credit deals.

“It’s cool to watch how that neighborhood is growing and changing as new, more creative work is moving in,” Archibald said. “We’re exited to be in the early stages of the wave.”

Lamplighter, please oh please open a spot near us! You would get loads of business, especially from the 700 parents that walk or drive by to take their kids to Tuckahoe Elementary! Here’s an open spot too! http://www.loopnet.com/Listing/17705662/448-N-Ridge-Road-Henrico-VA/