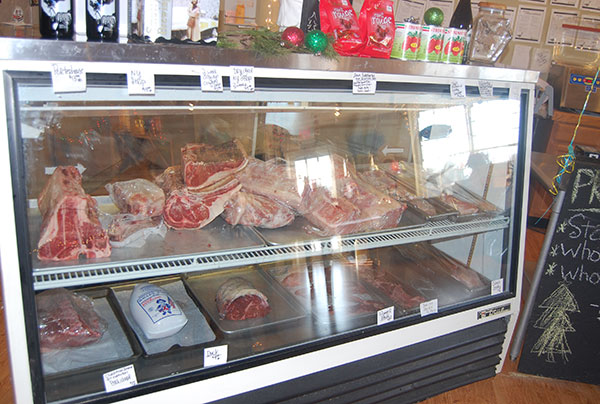 A herd of livestock in the Shenandoah Mountains could help save a Goochland butcher shop.

After a particularly slow sales season, Nadolski’s Butcher Shop, a specialty meat, wine and cheese market in Goochland’s Courthouse District, closed the doors on its retail space in mid-November. But it didn’t stay closed for long.

Owner Jonathan Nadolski said he wanted to focus on wholesale but reconsidered after an outpouring of customer support and finding a way to cut costs.

He reopened the retail portion of the shop Dec. 6, in time pick up more than 100 holiday orders. When he reconnected the phones in early December, he had 56 voicemails from customers.

“I had no idea we would get such an overwhelming response,” said Nadolski, 41. “I had people coming up and hugging me that I’d never met before, saying how happy they were we were back in business.”

The VCU business school graduate’s plan was to hire a team of contract growers in Elkton, Va., to raise pigs and cows that will directly supply the shop. The meat won’t be available in the store for a few more months, but he said cutting out the middleman is what will ultimately help the shop be viable.

“We have a great relationship with a lot of farmers that we’ve worked with, and we’ve always gotten high-quality products,” Nadolski said. “But if the business isn’t financially stable, you can’t continue. After going over the spreadsheets, we think this is going to help us drop our costs and our prices.”

Nadolski said startup costs for the livestock operation have been minimal: just a few thousand dollars for pigs and feed. He said that he plans to grow that end of the business incrementally and that he will eventually work with venture capitalists to secure financing of about $100,000. 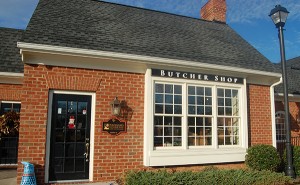 Nadolski launched the shop at 2913 River Road West in 2009 with his wife, Alissa. He has a background in the restaurant industry but taught himself to butcher meat after local farmers started selling him whole pigs and cows.

“All of a sudden I’m sitting here with $1,000 worth of beef,” Nadolski said. “You have to figure out what to do with it. You just learn a lot along the way.”

Nadolski said that the shop is one of the few artisan food suppliers in the area and that it fills a gap in the market. But he said it was tough to keep the business going in the middle of a recession.

“Since we’ve been here, I’ve seen customers lose their jobs and some lose their businesses,” Nadolski said. “Late summer and early fall are always our slowest time, and that was true this year in particular. But since we reopened, I’ve seen a lot of people coming back. It’s been amazing.”

I would love to see Jonathan open a 2nd location in Richmond as the shop in Goochland is simply too far away to make it viable. There is a huge gap in the market for this product and I would think a location in Richmond would tap in to the demographic which would provide the volume necessary to make the business very profitable.

About your favorite butcher shop

I agree with Russ. I’m not the ideal customer in terms of frequency, but RVA could benefit from another butcher shop. Only other one I know of is Belmont. Just like we’re finding out with microbreweries, there’s plenty of room for competition, and all parties benefit.

The thing you have to think about in coming to the city is all of the Farmers Markets, grocery stores (Ellwood and Fresh Mkt have local stuff) and Relay Foods. They carry similar product. It’s not just Belmont that is competition. Also, there were two wine/beer/cheese/meat stores that were very nice in Midlothian, both closed last year due to lack of business. There is also the Butcher at Bon Air but I’m not sure what specialty items he carries.

This is a great store and a great guy. Always focused on quality product and quality service. If you’re ever even vaguely close to Goochland Courthouse, make a stop and check it out. They have supplied a couple of group events for us with some great food. Good luck!!