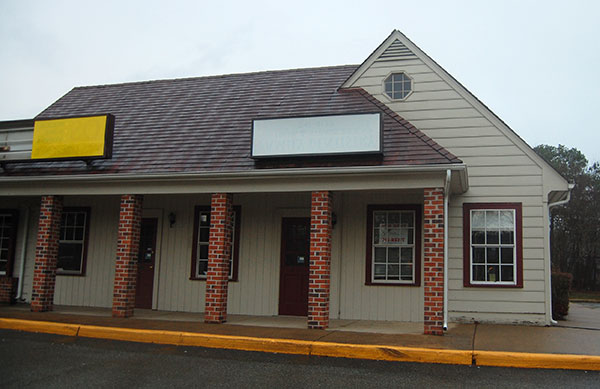 The Deep Run Roadhouse will be in the Crofton Green Shopping Centre. (Photo by Lena Price)

The co-founder of a popular Church Hill barbecue joint is moving west.

Paul Hubbard, who in 2009 started Alamo BBQ, is about to launch the Deep Run Roadhouse. The restaurant, located in the West End’s Crofton Green Shopping Centre, should be open by mid-February.

Hubbard said he’s been thinking about the move for about a year. Six months ago, he decided to sell his ownership stake in Alamo to business partner and co-founder Christopher Davis.

He settled on a location at 12379 Gayton Road and started the build-out about a month ago.

“I grew up out here, and I still have a lot of ties to the area,” said Hubbard, 30. “And I haven’t seen a concept like this anywhere else.”

The 3,000-square-foot space used to house the Ipanema Grill but has been vacant for several years.

Hubbard leased the space from the Wilton Companies, who will reimburse Hubbard about $15,000 for the build-out. He said he’s invested about $70,000 overall.

“This was a lot more difficult than getting Alamo up and running,” Hubbard said. “There, we just had to move in kitchen equipment and we were ready to go. We had to paint every square inch of this place and install a new floor.”

The fare will be similar to what Alamo offers: a mix of barbecue, comfort food and Tex Mex. But Hubbard said the there’s a big difference in the potential clientele.

“I don’t think there’s anyone in this market between the ages of 20 and 24,” Hubbard said. “It’s pretty much all families out here, and we’re looking forward to serving them.”

So excited to hear this news! Crofton Green Shopping Centre is right around the corner from me. What a great thing to look forward to in mid-February. Welcome to the West End, Deep Run Roadhouse!

Alamo ‘cue? I’m in! Glad to see that Alamo’s doing well enough to expand – they serve some of the best food in RVA. Will be nice to sit inside and eat it =)

This seems more a split than an expansion.

Restaurants out in the burbs don’t tend to do as we’ll as ones in the city, (aside from chains of course) be interesting to see if it makes it.

I agree with Charles, definitely sounds more like a split.. for a moment i thought they were moving rather than expanding…