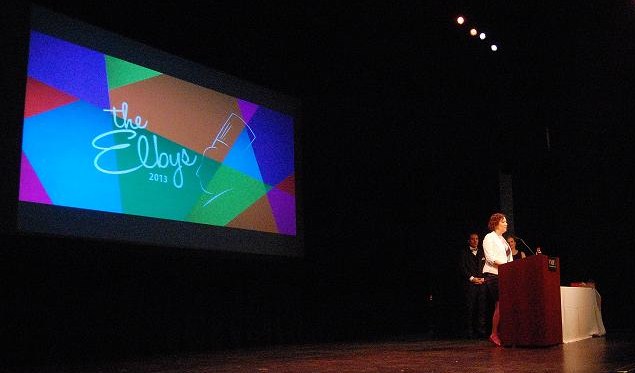 Kendra Feather of Garnett’s, Ipanema and The Roosevelt accepts the award for restaurateur of the year. (Photo by Lena Price)

Awards were dished out to the best in Richmond’s restaurant scene on Sunday during the second annual Elby’s at the VMFA.

The event, hosted by Richmond Magazine, honored local restaurants, chefs and owners in ten categories, including best new restaurant, restaurant of the year and chef of the year.

Brandon Fox, Richmond Magazine food editor, was the host for the evening.

Here are this year’s winners:

Chef of the Year: Dale Reitzer of Acacia Mid-town

Restaurateur of the Year: Kendra Feather of Garnett’s, Ipanema and The Roosevelt

Congrats to all – great to see Mike Yavorsky recognized in the winning categories! Way to go Mike!!

Great picks! Congrats to Kendra! Love all her restaurants. Keep up the great work.