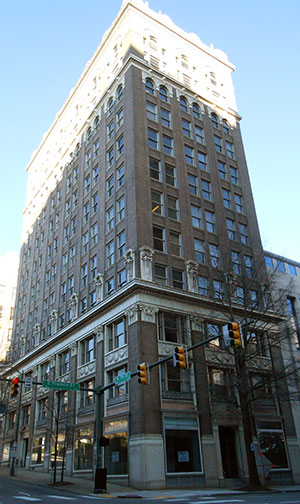 More than two years after it was purchased by two developers, the 12-story 700 Centre building near the state capitol will be turned into 174 apartments in a $31 million project this spring.

The vacant downtown office tower at 700 E. Franklin St. was acquired in early 2011 by Virginia Beach-based Armada Hoffler and Richmond apartment developer Genesis Properties. They plan to start construction in May, said Tony Nero, president of development at Armada Hoffler.

“We think it’s an exciting project,” Nero said. “The location couldn’t be better, about a block from the capitol.”

The apartments should be open by the end of summer 2014.

Virginia Housing Development Authority is financing the project. MGT Construction is the general contractor. Walter Parks is the architect.

Armada and Genesis bought the 175,000-square-foot property, built in 1912, for $7.2 million. It’s the largest project Genesis has ever undertaken, Olsen said. Armada Hoffler’s most prominent recent project in Richmond was the Williams Mullen building downtown.

Alex Olson, a project manager with Genesis, said the firms would seek state and federal historic tax credits for the conversion.

The development will include 18,000 square feet of ground floor retail that will compete with other downtown ground-floor retail spaces at the John Marshall and Miller & Rhoads buildings.

“I think we can get some people in there with the General Assembly and the capitol right there,” Olson said.

The project will include redeveloping the annex and will have an attached garage with 355 spaces, Olson said. Parking will serve as a revenue stream for the owners.

700 Centre will be the second downtown office tower in the past two years to be converted to apartments. Northern Virginia-based Rushmark Properties turned the First National Bank building at 823 E. Main St. into 154 apartments in 2012, at a cost of $30 million. Those units launched this year.

Another tower conversion project might also be in the works. In February, Shamin Hotels put an 18-story office building at 700 E. Main St. under contract, but no plans have been announced for that building.

This is another of the beautiful buildings downtown that will get a rebirth as apartments with a parking garage. This one will be a home run for Armada and Genesis Properties. Our own Kit Tyler at Colliers was responsible for its sale. There’s a joke going around that they will blacken the windows to get higher rents, but I think they are just kidding.