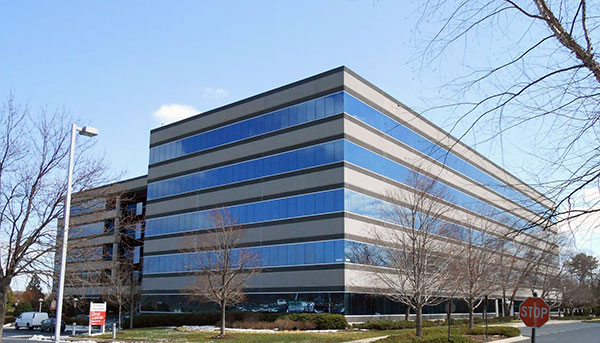 A long-vacant Henrico office building is starting to run deep with tenants again.

Community Bankers Trust, the parent of Essex Bank, announced Wednesday that it is relocating its headquarters from Innsbrook to Deep Run III.

Markel | Eagle also announced that Digital Benefit Advisors had leased 13,050 square feet in the building. These are the second and third leases at the property in recent months, and it is now about 30 percent leased.

Travelers Insurance in March leased 71,800 square feet of Deep Run III and plans to move about 400 employees this summer from an office on the Southside.

Community Bankers is currently in 14,650 square feet at 4235 Innslake Drive and will move into its new digs just before its Innslake lease expires next year.

The company and about 100 employees will take up part of the first floor at Deep Run III.

Rex Smith, chief executive of Essex Bank and Community Bankers, said the opportunity to consolidate its people in one location prompted the move.

“We’ve got operational people scattered all over the state, all the way up to Maryland, so this was an opportunity to bring those people together in a nice, open floor plan and really gain some efficiencies,” he said.

Smith said the long-term goal is to move the Essex Bank headquarters from Tappahannock to Deep Run III, where it plans to set up a small bank branch with an ATM outside and a customer service desk inside.

“That was another thing that attracted us to the building,” he said. “We didn’t have room in our current building to set up a branch, and it’s odd to have a bank headquarters where you can’t do banking.”

Joe Marchetti, head of the local CBRE office and one of the owners of 4235 Innslake Drive, said he was waiting for official word from Community Bankers but that the lease expires at the end of next April.

The 31,000-square-foot building is 100 percent leased, Marchetti said, and CBRE is marketing the space Community Bankers is vacating. The other tenant there is Peak Professional Search, according to the Innsbrook directory.

Timothy O’Shea, managing principal at Digital Benefit Advisors, said his firm chose to move out of its building at 4128 Innslake Drive to consolidate from two separate offices. It also had about 2,500 square feet at the Westerre Office Park, he said.

Digital Benefits is an employee benefits consulting firm that focuses on health care.

“Location is great in terms of access to our clients,” O’Shea said of Deep Run. “It’s a very professional building without being too fancy, and it wasn’t too expensive. We do have some items that were attractive to our people, including a cafe in the building, a nice fitness area and a conference center for large group meetings.”

The company will be moved in by the end of the summer, O’Shea said.

Markel | Eagle and Diversified Realty Partners bought the building in late 2011 for $12.4 million.

The partners have begun a $13 million renovation plan for the building that includes a 720-space parking deck that’s under construction.

According to a Thalhimer flier, rent is $18.50 per square foot per year at Deep Run III, meaning it could generate about $7.1 million in income per year when fully leased.