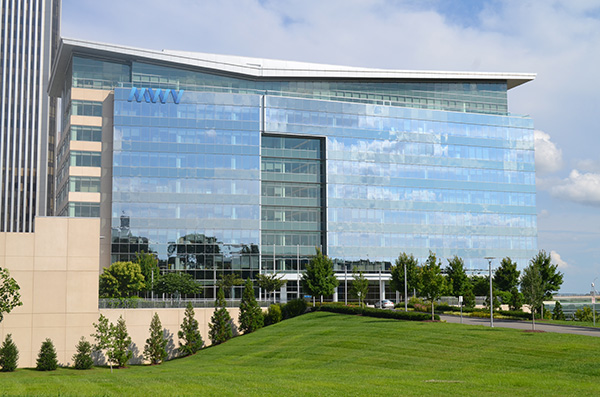 The riverfront headquarters of a Richmond Fortune 500 firm was acquired last week in a nine-figure deal.

The MeadWestvaco building at 501 S. Fifth St. was purchased July 2 for $143.6 million by Select Income REIT, a Massachusetts-based real estate investment firm. The company reported the deal for the 310,000-square-foot building in a filing with the Securities and Exchange Commission on Friday.

“We had – I’m going to say conservatively – 10 or 15 offers, and as we looked at them we decided to go with Select Income,” NewMarket spokesman Bruce Hazelgrove said. “We made a decision to select their offer and move on.”

An 8-K filed Friday with the SEC said Select Income funded the purchase with cash on hand and money from a credit line. The publicly-traded REIT declined to comment further. The deal also included a 1,050-space parking garage.

The nine-story office was developed by NewMarket and is leased by MeadWestvaco, which moved into the building overlooking the James River in 2010. The sale will not affect MeadWestvaco’s lease, Hazelgrove said.

The surrounding Foundry Park development was not included in the sale. Hazelgrove, who called the deal a “vote of confidence” in downtown Richmond, said NewMarket maintains about three acres of undeveloped property at Foundry Park, with room for another 300,000-square-foot office building should a tenant present itself.

“When the time is right and the right tenant comes along, I’m sure we’ll make a deal there,” Hazelgrove said.

Select Income owns 272 properties, the bulk of which consists of land in Hawaii. Its holdings total approximately 25.4 million square feet of leasable space. It focuses on properties that are leased to large, single tenants.

The MWV building is its first property in the Richmond market and its third in Virginia.

NewMarket is headquartered in Richmond on South Fourth Street. Its main products are fuel additives and it does business through its two main subsidiaries, Afton Chemical and Ethyl Corp.

It owned the MWV building through a wholly owned subsidiary known as Foundry Park I LLC.

MeadWestvaco in 2006 moved its headquarters from Connecticut to office space in Henrico County, where the packaging giant resided until the downtown office building’s completion.