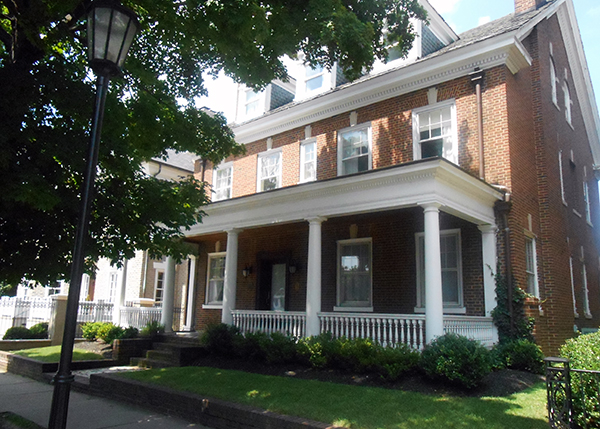 An embattled developer and prominent Fan landlord is looking for new neighbors.

An entity tied to Billy G. Jefferson Jr. has put a 5,000-square-foot house at 2716 Monument Ave. up for sale. The 87-year-old brick house is next to the six-bedroom residence Jefferson built for his family in 2004 at Boulevard and Monument Avenue.

The property, with an asking price of almost $1.3 million, has attracted significant interest for a seven-figure, single-family home, said Christopher Small, a Small & Associates broker handling the listing.

“Usually it’s not like a feeding frenzy on a house like that,” he said. “We’ve had some strong showings and some good interest in it, but we don’t have an offer on it as of yet.”

The property has been on the market since May and is owned by Red Hill Investments, a company under which several of Jefferson’s properties are held, according to city records.

Another of Jefferson’s holdings, an office building at 2614 W. Cary St., is also for sale. That property was on the market last year and has recently been relisted with an asking price of $569,000, Small said. It’s owned by Red Hill Investments, city records show.

Jefferson was arrested in April. He was charged with eight counts of forging and uttering public records, stemming from an alleged 2012 attempt to game the state’s historic tax credit program.

The state last week dropped six of the eight counts against the developer at a preliminary hearing. Jefferson still faces two felony charges.