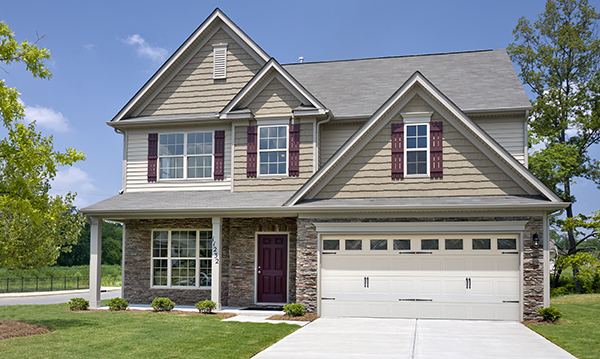 An out-of-town homebuilder is betting that the Richmond market is ripe for expansion.

Charlotte, N.C.-based Eastwood Homes has bought into three subdivisions across the region and broke ground last week on its first home in the area.

The company plans to build hundreds of homes a year in Richmond. It’s starting out with lots at the Watermark and Magnolia Green developments in Chesterfield and Patriots Landing in New Kent County.

The 36-year-old company has begun construction of a model home in Watermark, a 400-acre development near 288 and Iron Bridge Road. It will begin building at Magnolia Green this month and at Patriot’s Landing this year, Myers said.

As the new builder on the block, Eastwood will compete with local firms such Ryan Homes, Gemcraft Homes, HHHunt, Royal Dominion and others.

Myers said Eastwood would eventually look for lots in other developments with a goal of building in eight to 10 communities by the end of next year.

“In a perfect world, we would sell and close about 200 houses a year,” he said.

Eastwood hired Long & Foster to handle its listings in the market, with agent Cindy Jez leading the way.

“It’s real exciting to have new blood and new homes in Richmond,” Jez said. “It shows, to me, that we really are turning around and people believe in us.”

The builder will typically keep a furnished model and two spec homes on site at all times in each development, Jez said.

Eastwood’s arrival should give local contractors and suppliers a chance at some extra work. Myers said the company plans to look locally for plumbers, carpenters and electricians. It has already hired a local construction manager.

Great. Another builder building for buildings sake. Forget about actually designing these homes within any historical and natural context of the local enviorment, or even trying to emulate the rich diversity of architectural styles that have created Richmond’s beautiful neighborhoods. Take your business model and go somewhere else. The cardboard houses these firms throw up make me want to barf.

Can someone finally start building California-style ranch homes? The market’s already over saturated with Colonials and Transitionals, with a sprinkle of ugly Moderns.

“The house of a civilized people should convey something more than the callous commercialism of the speculative builder” M.H. Baillie Scott, 1909

Our market must look great to these merchant builders. However, I don’t see what they are excited about. This is a small market. Less than 6000 permits a year for single family homes. The current rate is less than 1/2 that number. There was some opportunity left by a couple of regional builders that did not survive the recent market. This is a grab for marketshare. These guys serve a purose as they are able to deliver cheap square footage. As the previous commentors mentioned it comes at a price. The developers love them as they pass muster at the… Read more »