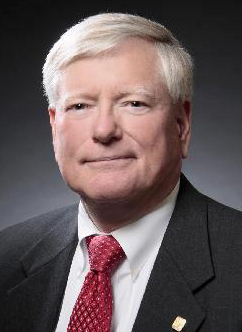 The last few years haven’t been easy for Village Bank, but Tom Winfree never had any doubts.

A changing of the guard is in the works at the Midlothian-based bank as Winfree is stepping down after more than a decade at the helm and will retire from banking after a career of more than 30 years.

The Huguenot High grad and University of Richmond alum, at age 68, has led the $483 million bank through what he says were unprecedented circumstances for the Chesterfield-centric institution.

Village has battled losses from bad loans and foreclosed real estate in recent years as borrowers in its own back yard were hit with hard times.

Now with his bank moving in a better direction (it turned a $367,000 profit in the second quarter, a marked improvement from a $9.9 million loss in the same period last year), Winfree relinquished his role as president last week to his successor Bill Foster and will retire as CEO in six months.

BizSense caught up with Winfree last week to look back on his career in banking, to discuss the timing of his decision to step down is, and why he didn’t retire as planned four years ago.

Richmond BizSense: So why retire now?

Tom Winfree: When I came here (to Village), back in 2001, it was easy to project that you wanted to retire at 65 and that’s what I told them. But 65 for me came when we were in the throngs of a severe downturn and I didn’t want to leave the bank in that sort of situation. So basically I’ve hung on and we’re much better now, not to say we don’t continue to have some work to do.

RBS: Talk about your career in banking before Village. Where’d you get your start?

TW: I’ve been a CEO probably for the last 35 years. My first nine years in the business I was a number two at a savings and loan here in Richmond. I left in 1979 to go start a new thrift from scratch down in Gloucester County. In 1983 we sold that to another financial institution. In 1984 I left to go to Warrenton to Jefferson Savings and Loan. In 1989 we sold that to Crestar which ultimately became SunTrust. I didn’t want to stay with Crestar and went to a community bank in Staunton and stayed there until 2001 when I came here.

RBS: What did Village Bank look like when you came on the scene?

TW: It was Southern Community Bank and Trust when they first opened in Dec. 1999. I came in April 2001. We acquired a mortgage company in 2005, and hired a brand building firm to come up with an umbrella logo and name. We probably had 100 names that we considered. I wasn’t totally enamored with Village the name. I’m so glad they convinced us 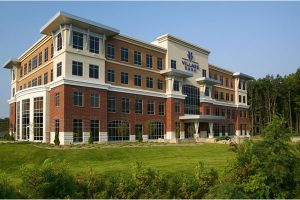 The Village Bank headquarters on Midlothian Turnpike. (Courtesy of CBRE)

RBS: You’ve seen plenty of up and down cycles during your time in the industry. Describe the last few years compared to other downturns.

TW: It was unprecedented. We didn’t know it would go as deep as it did and as prolonged as it was. You traditionally see cycles and you endure those. This was more than a cycle, particularly here in Chesterfield. Here’s a bank that does what it’s supposed to do making loans in its own back yard. We had a lot of exposure here.

Somebody comes in and throws the keys on a loan and says ‘I’m walking away from it.’ We say we’ll see you on the guarantee and chase you as long as it takes. That’s what we’ve been going through.

It hasn’t been fun. But I’ve never given up. I know there’s been skepticism out there of is Village going to make it. I never worried about the survivability of this bank.

RBS: Did you ever get to a point where you thought you’d have to sell to another bank?

TW: No. We don’t talk about selling the bank. We haven’t sold out. We’ve come through with a good bank intact after what I’ve always viewed as a temporary problem of having loans that we’ve had to work our way through.

RBS: After all these years, will it be difficult to get used to not being in charge of a bank day-to-day?

TW: I will miss it. The best thing about the whole thing, even though you’re under some stress, it’s been a pleasure for me to come in here every day and work with these people. That’s not hogwash. It’s a team so I will miss that.

I’m going to stay on the board and I’ll be engaged in Village Bank. I still have a great deal of interest seeing that Village Bank is successful. I wish I was five years younger to see this thing through.

RBS: Any big plans for retirement?

TW: Not really. I own two office buildings (up in Warrenton). I’ll spend more time managing them more effectively. I love to shoot shotguns, pistols, trap shooting. I fish, duck hunt. I’m going to have a couple things to do around the house.

If Tom Winfree expects to get anything done around the house in his retirement he had better turn off his phone. Otherwise he’ll spend all of this time on calls from other regional banks begging, pleading for him to come consult, advise, run their operations, sit on their boards… Winfree knows (or knows someone who knows) how to successfully build a strong regional brand in a field dominated by national and international powerhouses. I don’t live in the Richmond area any longer, but I kept my Village Bank account. Believe him when Winfree says he appreciates his team at Village… Read more »

Tom is one of the finest, most caring business men I’ve known in the banking business. He and I worked for 30+ years, he in banking and I in residential real estate sales. It was hard, tension-filled work but very rewarding both professionally and personally.