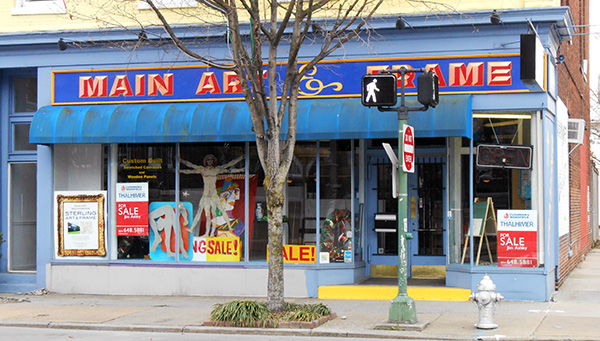 A Richmond restaurant group is making its first mark in the Fan.

Tsui’s company paid $550,000 for the property, which was home to the art supply store for more than 30 years before it closed in February.

The space will add to the holdings of Tsui’s company, which includes the Blue Goat at Libbie and Grove, Osaka Sushi & Steak on Huguenot Road, Wild Ginger in Midlothian and Fat Dragon on North Boulevard.

Tsui said it’s too early to go into detail about what he plans to do with the Main Street building.

“We’re still in the planning stages of it,” he said Friday. “We’re still tossing around some ideas.”

“We’ll hopefully get something started [construction-wise] before the year is over,” Tsui said.

Jim Ashby, a broker with Cushman & Wakefield | Thalhimer, represented Tsui in the deal.

“He is a very successful, proven restaurant operator in our market,” Ashby said of his client. “I would imagine whatever concept he’s looking at doing here will do extremely well.”

The property – prime real estate in the heart of the Fan – didn’t take long to attract interest. It went on the market in February, and Ashby said it was under contract by April.

The building, which sits at the corner of West Main and Lombardy streets, also has a second floor space that once housed Main Art’s framing operations. That space could be turned into apartments, Ashby said.

I still can’t believe Main Art is gone…..I miss it!! And knowing what other restaurants this fellow owns, this is not exciting to me at all.

“And, knowing what other restaurants this fellow own, this IS VERY exciting to me!”

Only been to Blue Goat, but I was a big fan! Looking forward to this.