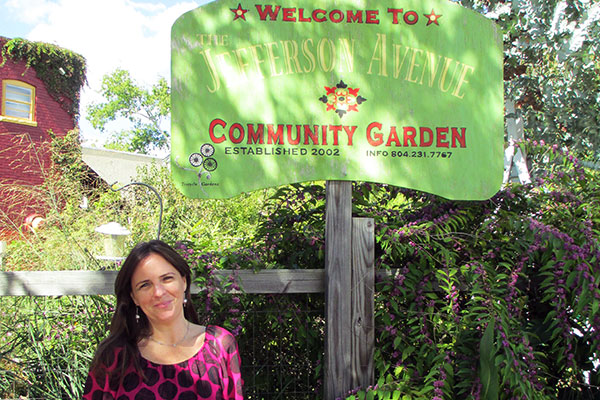 A Church Hill nonprofit is returning to its roots.

Tricycle Gardens is relocating its headquarters to 2314 Jefferson Ave., next door to the first community garden it helped install 10 years ago.

Launched in 2003, Tricycle Gardens grows vegetables on its farm in Manchester and sells them to restaurants and neighborhood markets. It also hosts gardening and nutrition workshops and helps build community gardens across Richmond.

Director Sally Schwitters said the organization’s new 4,300-square-foot location brings it closer to some of its six wholesale clients, which include Clay Street Market, the Roosevelt, the Black Sheep, online grocer Relay Foods and Ellwood Thompson’s.

“We’re growing right now,” Schwitters said. “As we’re looking at our operations, we know that we want to design and develop a model for others for sustainable agriculture in urban environments, and this move will allow us to do that.”

The move also allows Tricycle Gardens to consolidate greenhouse operations currently in place near its offices at 2107 Jefferson Ave. to its urban farm in Manchester. The urban farm, located at Ninth and Bainbridge streets, will grow to a full acre as a result.

Tricycle grows vegetables throughout the year and is preparing to plant collard greens, kale, turnips and beets for the fall.

With the help of a four-member staff and volunteers provided by HandsOn Richmond, the move should be completed by Dec. 1. Schwitters said rent is comparable at both Church Hill locations.