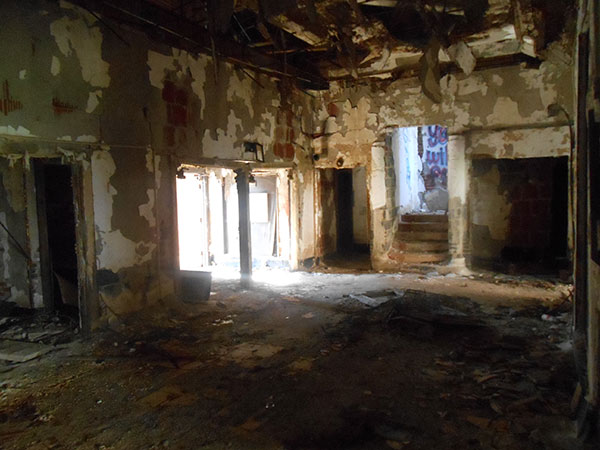 An interior only a redeveloper could love: inside the East End Theater. (Photos by Burl Rolett)

A faint trace of the words “East End” on a marquee is one of few remnants left of the theater that a dilapidated Church Hill building once housed.

Forty years ago, the East End Theater on 25th Street could hold upward of 800 spectators. Today, weeds and small trees grow from where there used to be a floor. Graffiti lines what remains of the theater’s walls. Its roof has collapsed.

“I didn’t realize what I was getting into,” local developer Josh Bilder said as he walked through the rubble where theatergoers once took in the films of the day. “This whole building is complicated … it’s crumbling.” 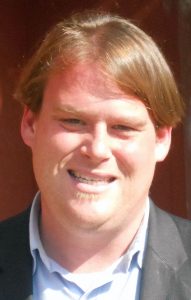 But the theater might be nearing the start of a second act. Bilder, with his firm Sterling Bilder Development, will take plans for a 22-unit, multimillion-dollar historic tax-credit apartment renovation to Richmond’s planning commission Monday, almost four years after he bought the theater property for $45,000 and four decades after a film was last shown on its screen.

The project, which Bilder estimates will cost between $3.5 million and $4 million, calls for a four-story apartment building with 3,450 square feet of commercial space. The final building at 418 N. 25th St. will have about 30,000 square feet.

Individual apartments will range from 565 square feet to about 1,100 square feet, with rental rates between $1.50 and $2 per square foot, Bilder said.

Bilder hopes to start construction as soon as zoning and financing for the project is in place. J.D. Lewis Construction Management is the project’s general contractor. St. Louis-based Lawrence Group designed the building, and Bilder is working with Fulton Bank on a loan for the project.

The East End Theater project will be the largest development Bilder has taken on. Sterling Bilder Development previously built the Sterling Row Condominiums in Shockoe Bottom as well as Carver Corner and Carver Green. Bilder anticipates a 12-month construction cycle for the project that has been in the works for more than three years.

“If you ask me, it’s been about a three-and-a-half-year construction cycle already,” Bilder joked.

Bilder had proposed 39 units at the site, but he scaled back to 22 apartments this year amid input from nearby residents and community groups. A planned surface parking lot near 25th and Clay was scrapped and replaced with a small, five-space parking area that Bilder said would leave room for future development on the land he owns.

“I would have liked to build 100 more apartments here, but you have to work with the neighborhood,” he said. “Of course density and parking is an issue. … The community wanted something, I wanted something else, and that engagement helped us come up with something better than we had.”

“We asked that it be reduced in size and height to fit within the context of the neighborhood, and they were very cooperative in doing that,” he said. “I think when builders and the community interact and are understanding to each other’s circumstances, good things come of that.”

Bilder hopes the renovated apartment complex will maintain some of the theater’s feel. The former box office fronts 25th Street, and Bilder said he’s thought about putting a DVD vending machine in its place once the conversion in complete.

“With redevelopers in Richmond, there’s a tendency to say ‘Richmond has arrived,’” Bilder said. “People can’t lose sight of the fact that we’re still in a redevelopment phase. I hope this will inspire people and maybe spur more development on 25th Street.” 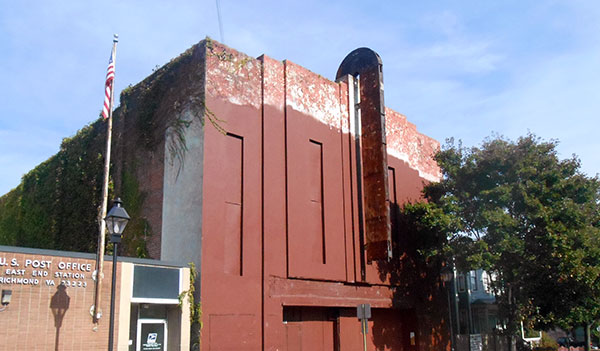