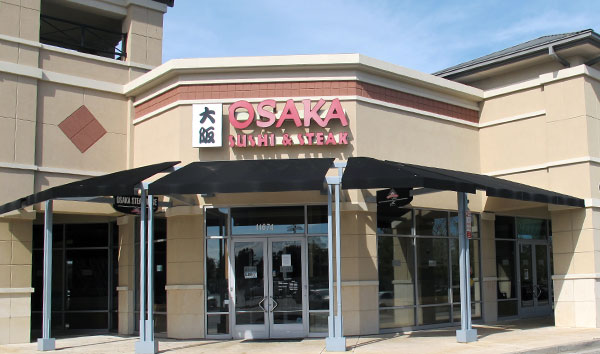 A Short Pump restaurant formerly owned by a local restaurant group has closed its doors.

Osaka Sushi and Steak in the Downtown Short Pump strip center closed Sept. 30 due to “economic challenges in the past few years,” according to a sign on the restaurant’s door.

The restaurant at 11674 W. Broad St. shared the shopping center with Regal Cinemas, a Sweet Frog store and others. 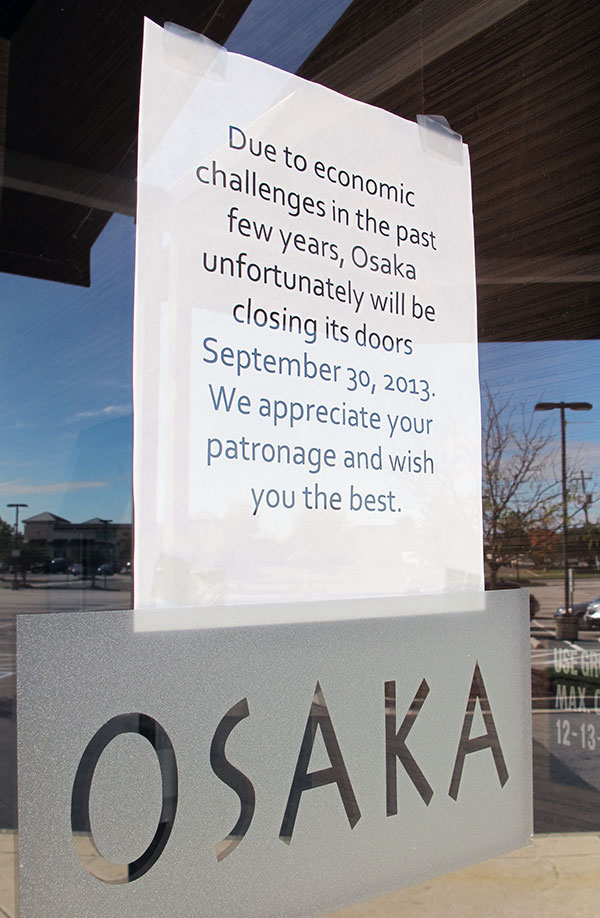 Chris Tsui of EAT Restaurant Partners, which owns Fat Dragon, the Blue Goat, Wild Ginger and a planned restaurant in the Fan, bought Osaka about 10 years ago.

Ren Mefford, EAT Restaurant Partners’ director of operations, said the company sold the Short Pump Osaka about a year ago to Kim Zhao, who was its manager at the time.

It is unclear what brought about the closing of Osaka at Short Pump. Zhao could not be reached by press time, and the restaurant’s phone number has been disconnected.

Mefford said overcrowding in that section of Short Pump can present a challenge for restaurateurs.

“I think that little area out there has got –and has been for the last three or four years – so congested that it’s almost impossible to get a parking space over there,” he said.

Ohio-based DDR owns the building Osaka operated in. The restaurant still holds a lease on the space, but DDR leasing agent Chase Darling said the landlord and tenant are working on an arrangement to terminate the lease. Darling declined to identify the space’s tenant, citing a confidentiality agreement.