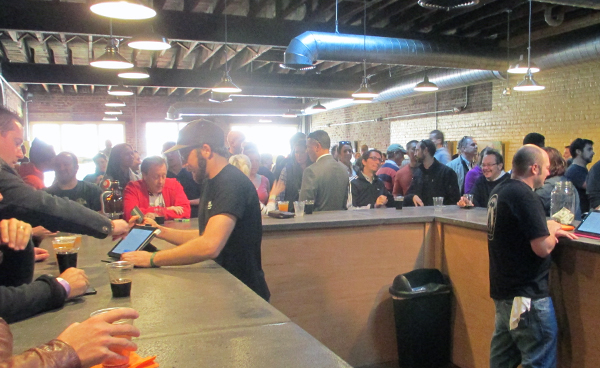 A party was brewing in Scott’s Addition over the weekend.

The thirsty and curious poured into the neighborhood for Isley Brewing Company’s grand opening Saturday and Sunday at 1715 Summit Ave. 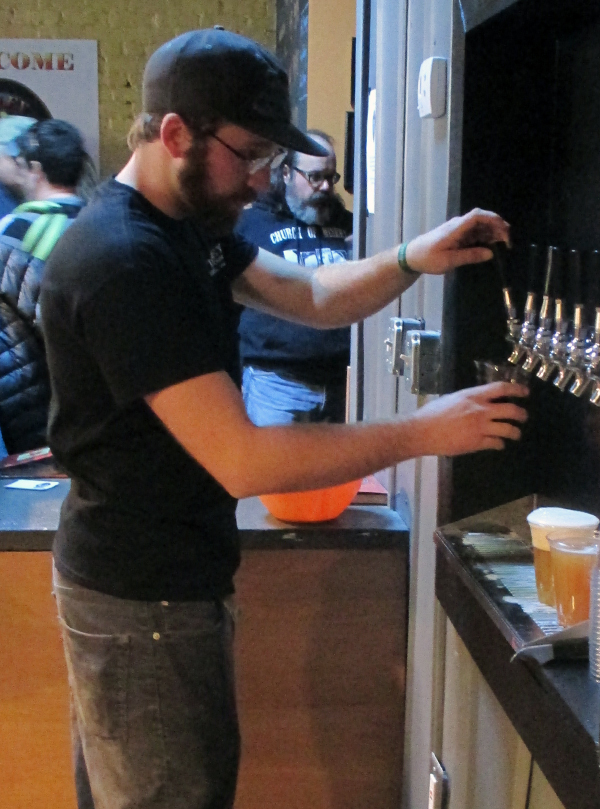 Isley’s inaugural batches included the Plain Jane Belgian white ale, a blueberry version of the Plain Jane, the Bribe oatmeal porter, and Decadence coconut cocoa oatmeal porter. Patrons could sip on pints for $5 and $6 in the open tasting room, decorated with art by VCU students, or grab a growler for $8 to $20, depending on size and brew, to take home. T-shirts were also on sale for $20.

Owner Mike Isley, a plumber by trade, leased the 4,500-square-foot space in January and originally planned to name the venture Archangel Brewing.

Isley has plenty of competition on tap. Nearby Hardywood Park Craft Brewery celebrated its second anniversary over the weekend and is moving forward with plans to begin distributing in Northern Virginia.

Hundreds made the trek to Goochland in September for the opening of Lickinghole Creek Craft Brewery.

And a few blocks from Isley Brewing, upstart Ardent Craft Ales has leased a Scott’s Addition warehouse for its forthcoming brewery at 3200 W. Leigh St. 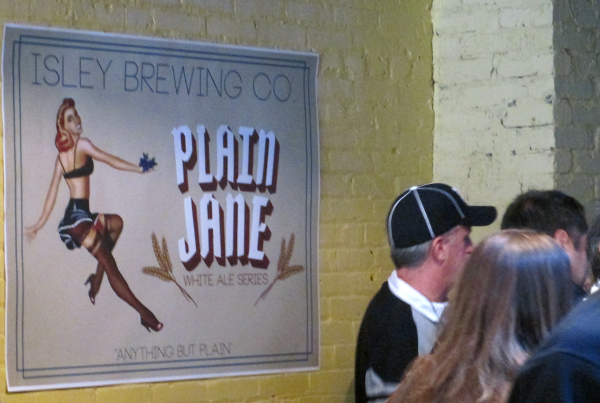 That’s me in the right hand side of the top picture, it was a pleasure helping to serve the inaugural brews at Isley this past Saturday! Thanks for all who drank with us this past weekend for your support in a successful opening! Lookin forward to many more brews and cheers!