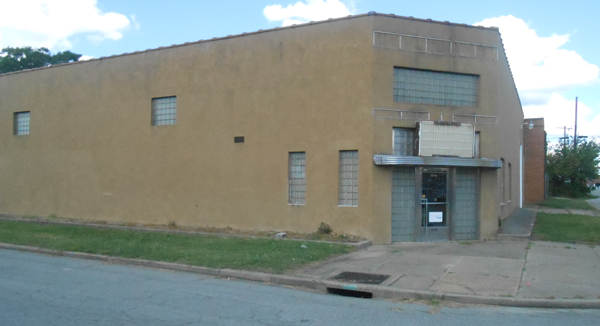 Ardent’s new brewery on W. Leigh Street will be a few blocks from the soon-to-launch Isley Brewing Co.

Ardent Craft Ales, a fledgling local brewery, has signed a lease for a vacant warehouse at 3200 W. Leigh St. It will turn it into a nearly 9,000-square-foot brewery and tasting room, which Ardent plans to open next spring.

By the time Ardent mixes its first batch, the brewery may be able to catch a whiff of the competition – Isley Brewing Co. is building its own brewhouse three blocks away on Summit Avenue.

True to the refrain of the growing local industry, however, Ardent partner Paul Karns said he isn’t worried about oversaturation.

“The craft beer industry is not particularly a competitive industry, it’s a cooperative industry,” he said. “In fact, it’s kind of exciting.”

Ardent’s landlord will be Crossroads Development, which is under contract to purchase the Leigh Street warehouse in a deal that is expected to close in October.

Crossroads has a full slate of renovations in store for the 70-year-old warehouse, which Karns said will qualify for historic tax credits. Ardent’s lease will begin as soon as the build-out is finished. Karns expects to move in near the beginning of 2014.

“It’s a 1940s building that has been vacant several years, so it needs some cleaning up and some TLC,” Karns said.

The Ardent partners of Karns, Kevin O’Leary and Tom Sullivan have been home brewing together since 2010. Shortly thereafter they leased a garage in Church Hill and began scaling a brewing operation, using a half-barrel pilot system to test the waters for future expansion.

At the time the team brewed as a hobby, but Karns said running the brewery will become a full-time gig.

Ardent has ordered a 15-barrel brewing system. Its output will be similar to Center of the Universe Brewing Co. in Ashland. Karns declined to share the company’s startup costs, saying only that it has raised a “substantial amount of money” from local investors.

Ardent will be at least the fifth brewery to open in the immediate Richmond area, joining Legend, Hardywood, Strangeways and Isley. Triple Crossing Brewing in downtown Richmond also plans to begin brewing by the end of the year.

I, for one, am very excited about the prospect of this brewhouse and say congrats to Paul, Tom and Kevin! I look forward the opening and the addition to the scene. There seems to be plenty of demand for good, local, craft beer and Ardent definitely hits the nail on the head in all three categories.