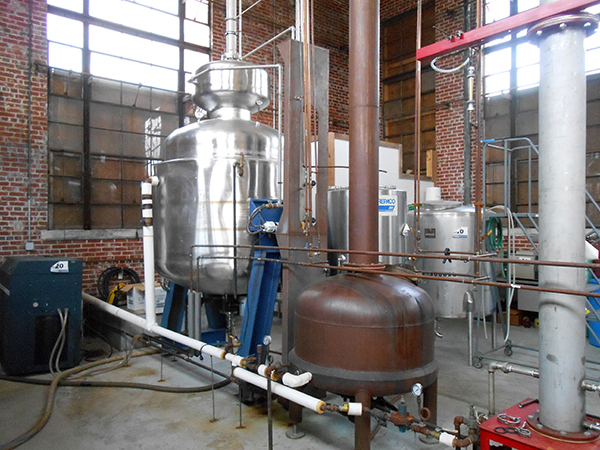 Inside the distillery, as photographed in June.

A group of investors plans to bring a new distillery to a shuttered vodka production warehouse only months after the building – and its stills – changed ownership.

A company called James River Distillery is working to open a liquor production facility at the former Cirrus Vodka distillery at 2700 Hardy St. near the Diamond.

It is unclear what products the company has in mind, but the firm has applied for an ABC license to produce up to 5,000 gallons of an alcoholic beverage annually at the property. 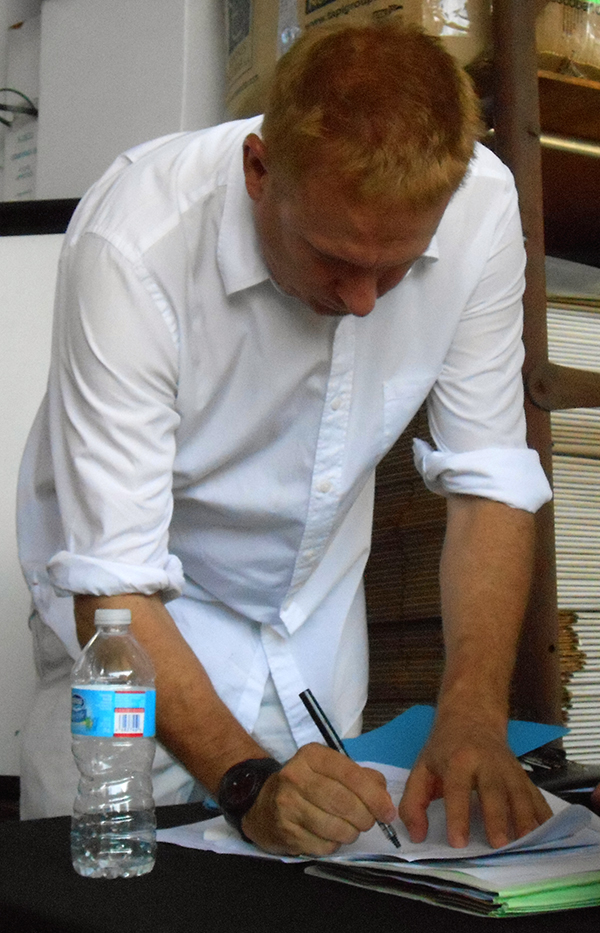 Jonathan Staples signs for his purchase in June.

Kristi Croxton, whose phone number is listed in state ABC records as the contact for James River Distillery, confirmed in an email the company’s plans to reopen the distillery. Croxton did not return emails or phone messages seeking further comment.

The distillery on Hardy Street produced the Cirrus Vodka brand beginning in about 2011. Cirrus founder Paul McCann bought the .15-acre property in 2010 and lost it to foreclosure in June. Jonathan Staples, listed as a manager/member of James River Distillery in Virginia ABC records, bought the distillery at the onsite auction.

At the time, Staples said that he was working with a group of investors to open a distillery but that they had yet to pick a location. Staples paid $375,000 for the real estate, which includes two buildings totaling more than 2,600 square feet, and an array of distilling equipment contained within the property.

Liquor that doesn’t require aging – such as vodka or clear whiskey – would make the most sense for the distillery, said Dave Cuttino, co-owner of Richmond-based Reservoir Distillery, who is familiar with the Hardy Street property.

“There’s no space there to age – that’s a significant problem they have if they want to age,” he said. “They could make a bunch of un-aged stuff and turn around and bottle it and sell it right away.”

Cuttino said the equipment at the Cirrus distillery was best suited for making vodka. He said he would not use it to produce whiskey himself but cautioned against ruling out any particular product.

“Guys make this stuff on the side of a mountain,” he said. “[James River Distillery will] have a little bit better equipment.”

Like the craft beer boom, the small, independent distillery business has taken off nationwide in recent years, and Cuttino said the demand for new products – particularly un-aged liquors – continues to rise.

“Certainly there’s been a growth in clear liquors,” he said “We’ve even looked at it, because people have asked about it.” 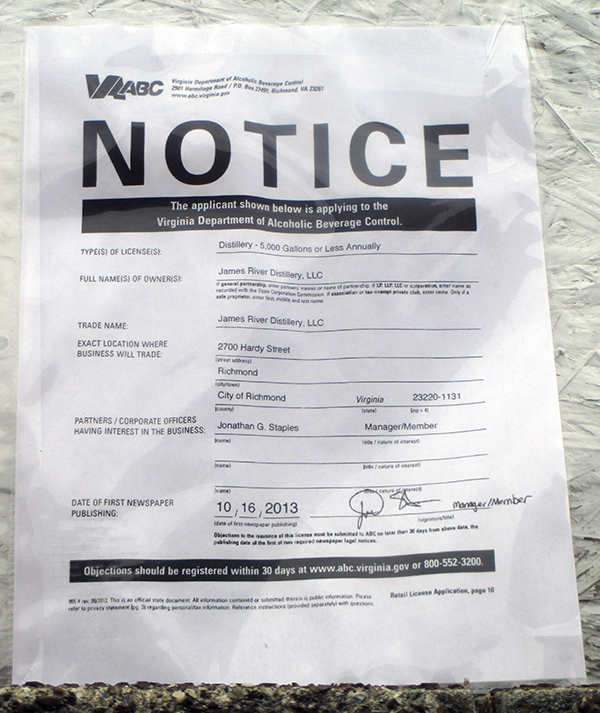 A notice posted at the distillery in October.

James River Distillery submitted its application to Virginia ABC on Oct. 3. It is in a standard ABC review process that includes background checks and requires the applicant to post a pair of public notices in a two-week period, ABC spokeswoman Carol Mawyer said.

Assuming the process goes smoothly, Mawyer said the state could issue its production permit as early as November.

Federal approval is also required and can take much longer, Cuttino said. He gave a best-case-scenario estimate of seven months to gain proper licenses from the Alcohol and Tobacco Tax and Trade Bureau. The TTB did not respond to a phone message seeking potential records pertaining to James River Distillery.

Getting a product on ABC store shelves is a separate process from the production permit side. Any new brand must go through a screening process, in which the ABC considers its salability based on a number of factors, including brand strength, product category trends and individual product packaging and marketing.

Products must be able to produce enough supply to stock at least 100 stores, although Mawyer said exceptions are sometimes made for brands produced in state. Virginia-produced liquors must also earn a margin of at least $10,000 for Virginia ABC over the course of a year.

ABC takes applications to stock products four times a year and accepted only about 21 percent of applicants in its latest round of new listings. After a product has been approved, it can be stocked in ABC warehouses.

“We want to make sure that once we pull it to our stores, it’s going to move off of our shelves,” Mawyer said.