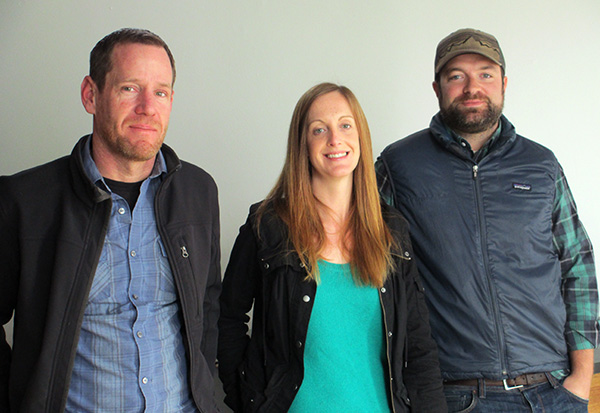 Thanks to some grant money and a little luck, three Church Hill residents are launching a neighborhood grocery store.

Gillian Field, Hunter Robertson and Shawn Tunstall will open Union Market at 2306 Jefferson Ave. They signed a three-year lease for the 2,200-square-foot space and plan to open in January.

On one side of the store, Union Market will sell produce and dry goods. A dining area and bar will occupy the other side. The dining area will be able to seat about 30 people, including eight at the bar. Union Market will have six taps for hard cider, beer and kombucha. Growler fills and wine by the glass will be available, as well as sandwiches, salads, soups and charcuterie. 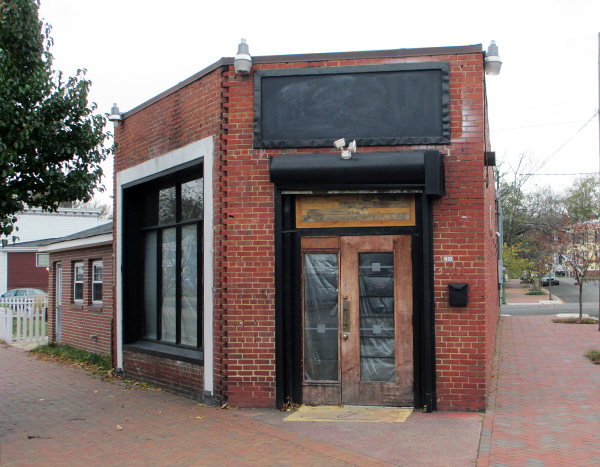 “Instead of [residents] driving all the way to the West End, we’ll have items that you can’t find on this side of town,” Robertson said.

Each of the owners has long wanted to see a neighborhood grocery built in the East End, and it wasn’t until recently that they realized they weren’t alone.

“Fairly serendipitous” was how Robertson described the trio’s coming together.

Robertson, 33, works in the mortgage industry but has worked in restaurants in the past. Wanting to shake up his 9-to-5 routine, Robertson began crafting a business plan in 2009 for a grocery store. He at one point had a verbal commitment for a space from a landlord in Church Hill, but the deal fell apart.

Tunstall, 41, has been living in Richmond for about 15 years and has long been interested in opening a market of some kind. He owned courier service Downtown Direct for 10 years before selling it last year. He went to Capital Wine School this year to learn the beer and wine distribution trade and will manage the bar at Union Market.

Field, 32, has lived in Richmond for five years and has a background in fundraising and corporate communications. She began moving forward with plans for her own grocery store in the spring after taking a trip to Charleston with her husband. It was Charleston’s pedestrian-friendly setting and similarities to Richmond that got Field motivated.

“It had been in the back of our minds for some time,” Field said. “That [trip] was the turning point.”

Schmerge, 35, met Field at an informational forum on the Bon Secours’ Supporting East End Entrepreneur (SEED) program in August. Tunstall was an acquaintance who Schmerge knew had similar aspirations. Eventually all three were introduced.

“We all had these separate visions,” Field said. “It’s fantastic that we could combine our funding and energy.”

The group would not say what the launch of the market would cost, but they did receive a $10,000 SEED grant that will help finance the construction of an outdoor patio.

They’re doing most of the renovations themselves, including constructing benches and the bar. The space was formerly the home of Johnson’s Southern Comfort, a soul food restaurant, and Jumpin’ J’s Java and General Store.

Union Market will be open seven days a week, and the owners expect to employ about five people.

Union Market won’t be the only game in town when it comes to the East End niche grocery scene. An Urban Farmhouse is expected to open this winter at 310 N. 33rd St., and Tricycle Gardens sets up a farm stand every Thursday on Jefferson Ave.

Much like the Harvest Grocery and Supply coming to the Fan, Union Market hopes to tap into a market not covered by bigger stores.

“We’re not trying to compete against Kroger,” Field said. “We’re creating an affordable option and alternative.” 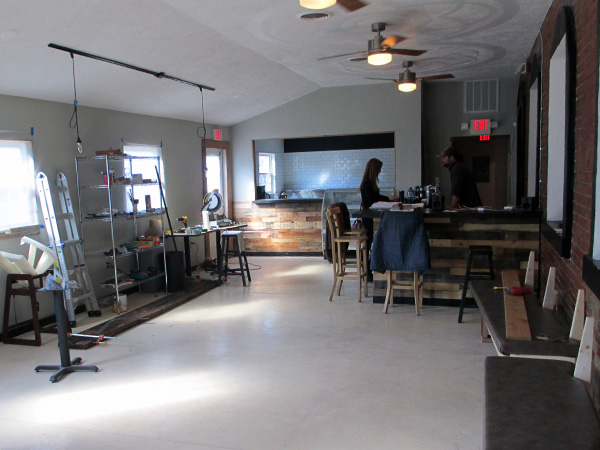 Inside the in-progress neighborhood grocery store.

Great idea and good luck. We need people like you who take chances and identify needs and fulfills them.

I think it’s a great idea. This will also be great with the Bon Secours Employees who work at Richmond Community! Good job!