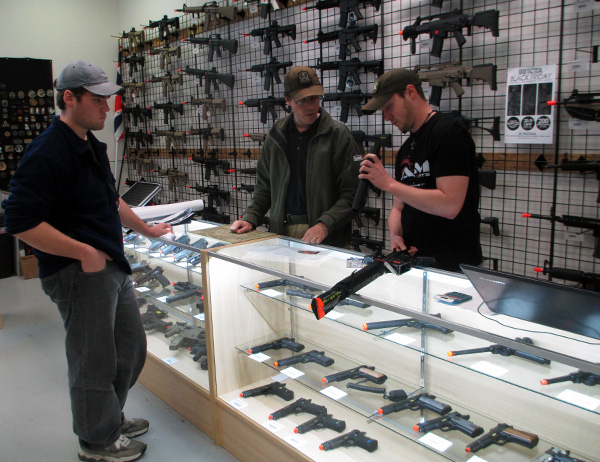 The airsoft gun business has its sights set on Chesterfield County.

Airsoft equipment company Airsoft GI this year opened its second location and its first East Coast shop in Midlothian. The expansion is part the company’s plan to grow the market for its BBs, guns and gear outside of its home base of California.

“The California market is kind of oversaturated,” Midlothian store manager Jason Hills said. “[Richmond] is not virgin terrain, per say, but the market isn’t as developed.” 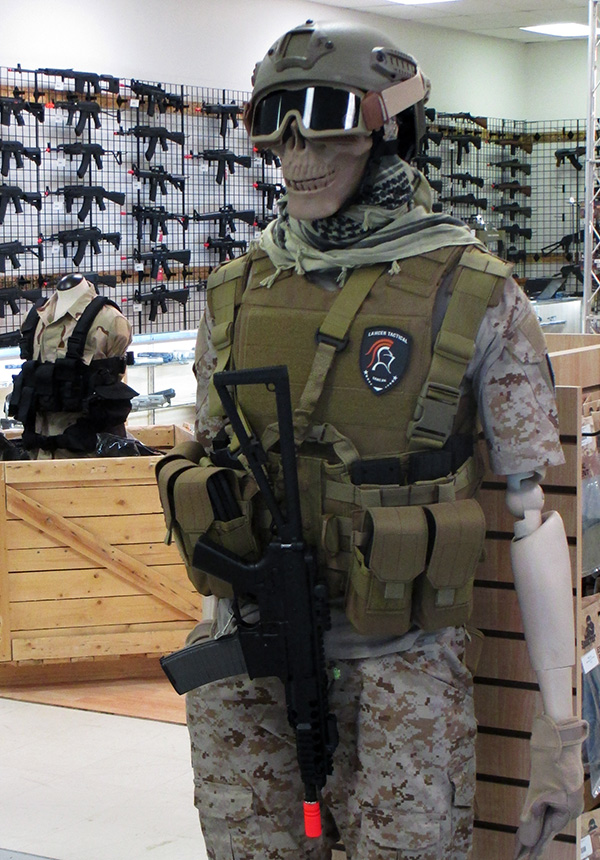 A merchandise display at GI Tactical.

Airsoft GI’s Midlothian location is called GI Tactical, and the store has done more than $500,000 in sales since opening at 100 N. Providence Road on April 27, Hills said. The company has plans for more shops, including one in Texas scheduled to open next year, as the online retailer works to expand its brick-and-mortar presence.

GI Tactical sells and services a variety of airsoft products at its 9,000-square-foot Midlothian store, including compressed air-powered rifles and pistols, the plastic BBs airsoft weapons fire and camouflage utility vests for carrying extra ammunition and other gear.

Airsoft gear is most often deployed in battlefield-style games, in which participants fire on one another while running, dipping and dashing between obstacles in a closed-quarters warfare simulation.

Airsoft GI settled on the Richmond location for its second brick-and-mortar business in part to support shipping for its online orders.

“Doing it on the East Coast, since we have a West Coast store, made sense, and Richmond is slap-bang in the middle of the East Coast,” Midlothian assistant store manager Ed Gatti said.

Airsoft GI was launched out of founder and owner Walter Chang’s garage in 2003 and opened its California store in 2006. The business saw its most explosive growth between 2008 and 2009, Hills said, attributing the growing popularity of the sport to a generation that grew up playing shoot-’em-up video games.

“They’re getting older, they have more disposable income and they can do the real thing,” he said. “Or at least as close to the real thing without real bullets flying.”

Another Midlothian business launched in the past year relies on the adrenaline rush of simulated gun battle: Tactical Response Unleashed runs an airsoft range and tactical training center at its 12,500-square-foot warehouse at 3701 Hendricks Road.