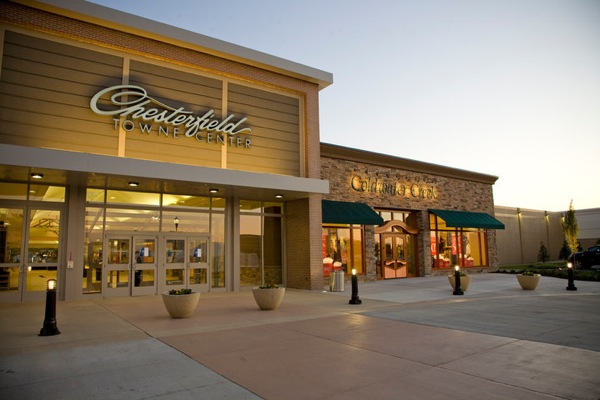 A New York REIT did its Christmas shopping in Richmond this year.

Rouse Properties last week acquired the 1 million-square-foot Chesterfield Towne Center from the Macerich Company, a REIT based in California. The deal had a total price tag of $292.5 million and included a second mall, the Centre at Salisbury in Maryland.

The two companies agreed to the deal in October and closed Dec. 11, according to a Rouse SEC filing. Rouse will take on $224.7 million in outstanding debt on the two properties and paid for the remaining $67.8 million in cash and new loans.

Rouse announced the acquisition in a press release Friday. Company representatives would not comment on the deal.

The company did not provide a purchase price for either of its two acquisitions separately, but Rouse will assume $109.7 million in debt tied to Chesterfield Towne Center and another $115 million in debt linked to the Centre at Salisbury.

Macerich has owned Chesterfield Towne Center since 1994 and offered the mall as collateral on a $110 million loan issued by Royal Bank of Scotland in 2012. The property sits on nearly 78 acres at the corner of Midlothian Turnpike and Mall Drive. It was most recently assessed at $113.6 million.

The Southside mall is 88 percent leased and produces $360 in annual sales per square foot, according to Rouse. Occupancy has remained steady at about 90 percent over the past year, according to a Macerich SEC filing. A December walkthrough of the mall showed a vacancy rate of about 10 percent in terms of empty storefronts.

Chesterfield Towne Center is the second major mall in Richmond to undergo an ownership change in 2013. In September, Australian investment firm QIC bought a 33 percent share in Short Pump Town Center as part of a 10-property, $2 billion deal between QIC and Forest City Enterprises.

Located at 11500 Midlothian Turnpike, Chesterfield Towne Center will also get new neighbors – more than 350 of them – in the next year. Norfolk-based Kotarides Development is building a 368-unit apartment complex just north of the mall with plans to open in summer 2014.

Chesterfield Towne Center has done very well for itself. They have a nice mix of stores & restaurants. They need to call up Regency & Virginia Center Commons and tell them how to do it. Half of the stores in Regency are small time questionable clothing stores and all of the good stores SURROUND Virginia Center Commons instead of being in it.