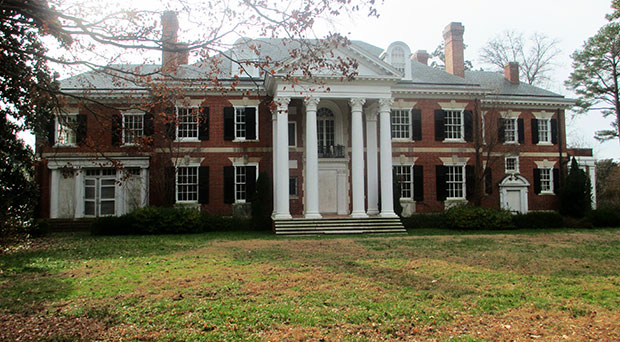 Having sat dormant for almost three years, the 10,000-square-foot house at 330 Oak Lane was recently referred back into the foreclosure process by Bank of America, which holds the $1.45 million loan on the property. It’s at least the third time the West End home has been through the banking giant’s foreclosure system.

No new auction date has been set, said Bank of America spokeswoman Nicole Nastacie, but the bank recently transferred the servicing of the loan to a small specialty servicer. Special servicers are typically hired by large banks to handle foreclosures.

The bank tried to foreclose several times in 2011 and 2012, only to have auctions called off. Another push for foreclosure stalled this year for “procedural reasons,” Nastacie said by email.

Nastacie said the bank needed to send out an updated breach letter, which provides notice to a borrower of how much is due and informs them of their right to remedy the situation prior to foreclosure.

“During this period, the bank also was taking steps to meet responsibilities to review and exhaust solutions that might avoid foreclosure,” she said.

Nastacie declined to specify how much is owed on the loan or how much is needed to get it out of arrears.

French bought the house and its two-acre property in 2005. It was most recently assessed at $1.96 million, according to city records. At the height of the real estate market, it was valued at $2.5 million.

Once a high-flying local developer, French was sentenced to 16 years in 2011 for a massive real estate tax credit fraud.

French was issued $433,000 in tax credits on the Oak Lane property, according to records from the state Department of Historic Resources.
In addition to its eight bedrooms, the house has 7.5 bathrooms and sits off a private drive in a neighborhood near Patterson Avenue.

It was built in 1919 and is listed in the National Register of Historic Places.

Nastacie said the property is regularly inspected and maintained.

French, now 43, is serving his sentence at Fort Dix Federal Correctional Institution in New Jersey, according to federal Bureau of Prisons records. His projected release date is April 5, 2025.

You might have noted that this house is Westbourne, the home of Dr. Douglas S. Freeman, the Pulitzer Award winning author and editor.

What a spectacular house. They definitely don’t build them like they used to…