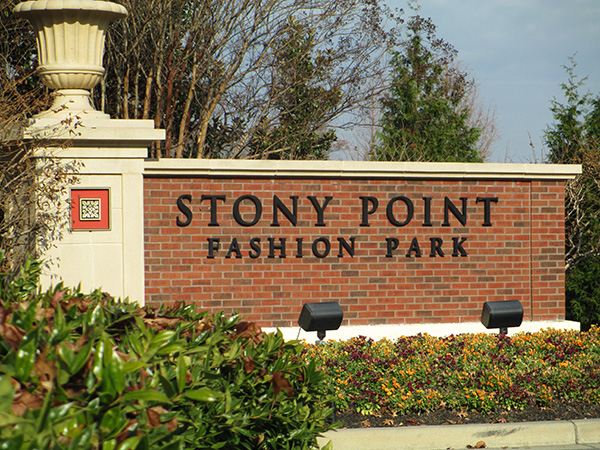 A loan of almost $100 million on Stony Point Fashion Park is coming due. (Photo by Burl Rolett)

The last time a big loan came due on one of Taubman Centers’ Richmond area malls, the company ended up turning over the keys to its lender.

Now the Michigan-based REIT has another large deadline approaching, with a loan of almost $100 million on Stony Point Fashion Park coming due this summer.

The loan, backed by the 343,000-square-foot property, will mature in June and comes as the Southside mall has struggled to produce income commensurate with its annual loan payments over the past five years, according to a report published by real estate tracking firm Trepp.

Stony Point’s loan, which was originally for $115 million, is an interest-only balloon mortgage, meaning the debtor is not required to pay down the principal until near the loan’s maturity. The borrower then typically refinances the debt.

“We do this all the time. This is like any other project,” Taubman development director Nico Schultz said in December. “Centers have loans, and when they come due, we work to refinance with existing or new lenders.”

But with a balance of $99.7 million as of November 2013, Stony Point isn’t producing the revenue figures it did when Goldman Sachs issued the property’s initial loan in 2004, according to Trepp reports. The mall’s net cash flow for 2012 was about $7.6 million, up from $7.3 million in 2011 but down from $11.36 million at the mortgage’s origination, the reports show. The property was most recently assessed at $60.5 million, according to city records.

Stony Point was added to Trepp’s watch list in 2009, when the property’s debt service coverage ratio – a measure of a property’s operating income divided by its debt service payment – fell to 1.02.

Based on figures provided by Trepp, Taubman’s estimated yearly debt service obligation for Stony Point is about $8.5 million, a number the mall’s net cash flow hasn’t topped since fiscal 2008.

A December walkthrough of Stony Point Fashion Park showed a roughly 92 percent occupancy rate. Square footage was not factored into that assessment.

Stony Point lists 77 retailers and restaurants on its website, including anchor tenants Dillard’s and Saks Fifth Avenue. The department store brands, not Taubman, own their respective spaces at the mall.

Schultz and Taubman communications director Karen Mac Donald would not comment on Stony Point’s recent performance, citing the publicly traded company’s policy against discussing the financials of its individual properties.

The mall’s biggest challenge might be competition from Short Pump Town Center. The two malls opened within a month of each another in 2003 with similar slates of upscale retail tenants. Stony Point and Short Pump even share two anchor stores in Dick’s Sporting Goods and Dillard’s.

Short Pump Town Center recorded an estimated $352.2 million in total sales for 2012, according to Henrico County Finance Department estimates. City of Richmond tax records estimate that Stony Point had about $110 million in retail sales that year. 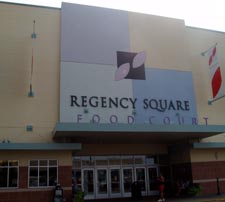 Taubman let go of an underperforming Richmond mall in 2010 when the company stopped making payments on a loan backed by Regency Square Mall in the West End. Taubman paid cash for Regency Square in 1997 but took out a $71.6 million loan with the mall as collateral four years later.

The company ended up giving Regency Square back to its lender, because the mall’s property value fell below what Taubman owed on the loan and was no longer producing enough cash flow to cover its interest payment.

But the Stony Point situation differs in at least two ways: First, Taubman has yet to miss a payment on the Stony Point mortgage, according to Trepp. Second, Taubman announced its intentions to stop making payments on the Regency Square property in 2010. That hasn’t been the case with Stony Point.

“That tends to tell me that they’re committed to this mall,” said Andy Little of real estate investment banking firm John B. Levy & Co.

Little said that a foreclosure or deed in lieu of foreclosure is unlikely for Stony Point and that Taubman will reach a refinancing agreement or pay off the remaining balance.

“I think it will end with them still owning the mall and the mall being pretty full,” he said.

Also working in Taubman’s favor are 35 acres of undeveloped land it owns on two parcels just northwest of Stony Point. The larger of the two, at about 27 acres, has been targeted for a 282-unit apartment development that proponents say will help support the roughly 800,000-square-foot mall.

“We think that’s another great addition to the center and to the draw to the place that it has become,” Schultz said of the planned apartment complex.

Stony Point Fashion Park is my favorite place to visit. I stop by twice weekly to walk, shop, have lunch or dinner and coffee. A great place! It’s like a friendly, private safe park, great atmosphere! My “happy” place!

It’s a nice enough ‘mall’ but so totally divorced from the urban fabric–controlled vehicular access the only means–that it’s hard to wish it well. A 1950s-era notion that is thoroughly discredited today, and the developers should have known better.