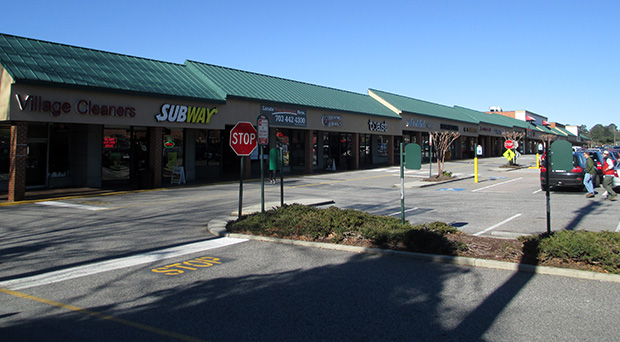 Christian’s Pizza is set to open soon in the Village Shopping Center. (Photos by Michael Thompson)

A Charlottesville-based pizza joint wants a slice of the Richmond market.

Christian Tamm and Andrew Vaughn are opening a Christian’s Pizza location at 7003-A Three Chopt Road inside the Village Shopping Center in March.

The 2,700-square-foot store off Three Chopt Road previously was home to a Cheeburger Cheeburger restaurant and will be the first Christian’s Pizza to open outside of the Charlottesville area.

Tamm came up with the concept in 2000 and has since helped launch four locations around Charlottesville. 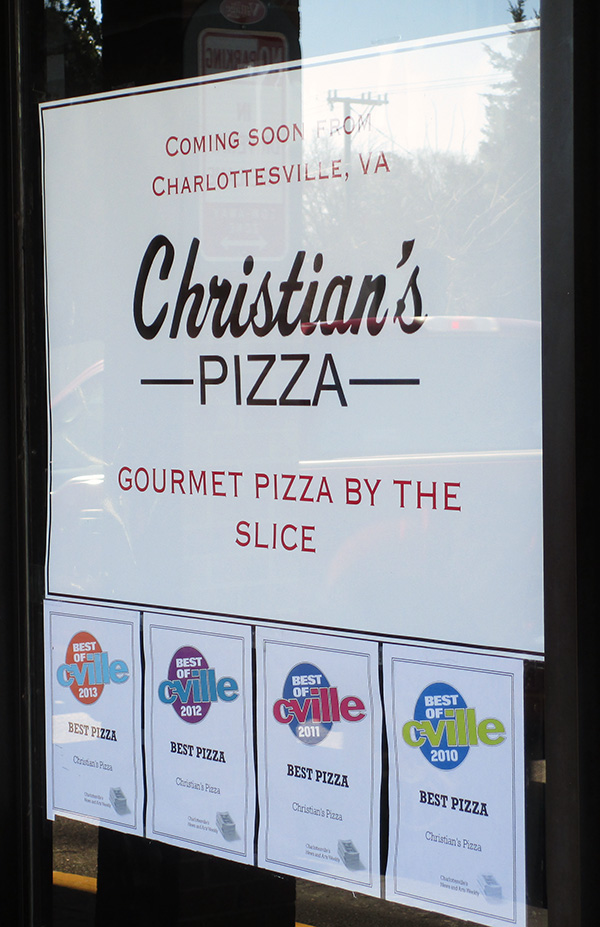 The new Christian’s will be the first outside of the Charlottesville area.

Vaughn owns Rapture Restaurant & Nightclub in Charlottesville, which he launched in 1998, and owned a Christian’s Pizza near the University of Virginia before selling it in 2008.

“I loved the concept,” Vaughn said. “Honestly, I missed it.”

“As a landlord, you want to find a known user who has multiple locations in a market,” Ashby said.

Vaughn would not say what it’s going to cost to bring a Christian’s Pizza to Richmond but did say he expects to hire between 15 and 20 full- and part-time workers.

Christian’s Pizza specializes in pizza by the slice but also sells whole pies. Prices for a slice range from $2 to $4, depending on the toppings.

In addition to the prices, Vaughn said he hopes the specialty pizzas, with toppings including feta and avocado, will draw in University of Richmond students and the residents of the Three Chopt area.

Still, Vaughn acknowledged Christian’s Pizza will have its share of competition as it vies to gain a foothold in Richmond.

“We’re not going to put anyone out of business or anything like that,” he said.

Their competition is the likes of the chains; we’ve needed a new local pizza option out in the near West End since Bocca Toscana closed its doors earlier this year in that same shopping center. Best of luck to them.

Now, if the Village could do something about the 7,000 stop signs in that shopping center…

This is FANTASTIC news!!! I’ve been saying since I moved here 2 years ago that we need a Christian’s here. Whenever my friend visits from Charlottesville, she brings me a few slices to “tide me over”. There is no pizza competition here that I have found (and trust me, I love pizza and I have tried to find a good place). This is both wonderful and dangerous news for me!!

Surprised no one has mentioned nearby Superstars Pizza, which also does gourmet pizza by the slice (and quite well). Always happy to see a new option in Richmond, a shame it is located so close to another good option. I would have loved to have seen this open up in the renovated Cloverleaf Mall area instead.