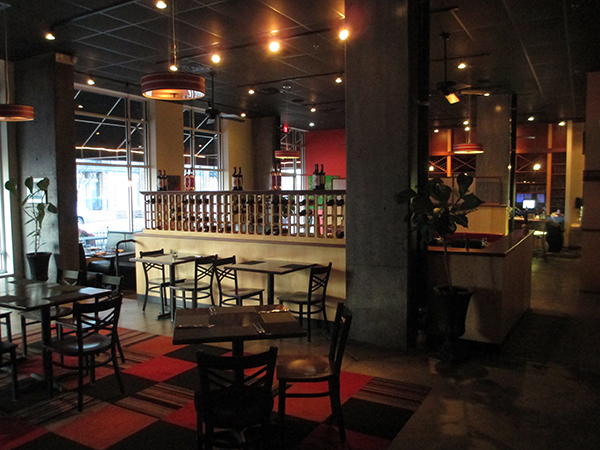 Inside the former M Bistro and Wine Bar. (Photos by Michael Thompson)

After three years in business on the riverfront, a Rocketts Landing restaurant has called it quits.

The 3,000-square-foot Southern and French restaurant was one of the first eateries to open at the waterfront development. 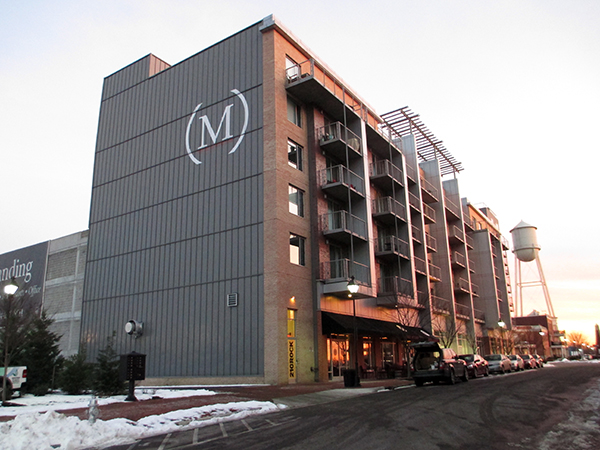 “Please know that it was a very difficult decision for us to make as our lease period comes to an end,” Hall wrote.

Hall spent almost half a million dollars to open the restaurant, his first, in 2011. He would not comment on the closing or his plans for the future.

“I always thought he had great food,” Healy said. “I wish Michael the best.”

I am really sad to see this great restaurant close. My family celebrated my mom’s birthday there on Friday night, but we had no idea it would be our last visit. Best wishes in your future endeavors, Michael!

While I admit that Boathouse has amazing views and a great atmosphere and Conch Republic’s outdoor venue provides a unique waterside setting, Michael Hall and M Bistro always provided the quality of fare and atmosphere for a much more intimate and fine dining experience.

You will be missed Michael. Best of luck in the future….Bob

Michael, I wish you the best for the future. M Bistro was a great venue with delicious food, superb service, and a unique character. TW