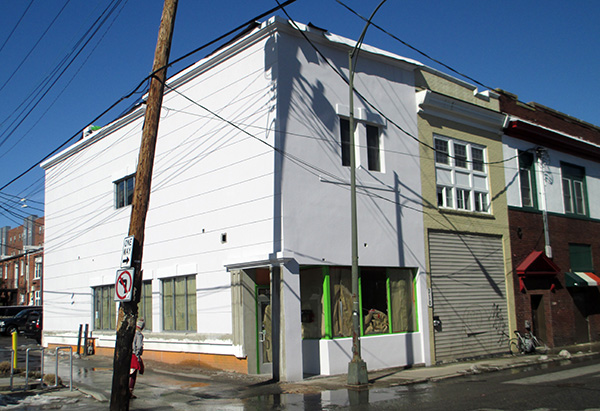 The Pizza Place is expanding to 308 N. Laurel St. (Photo by Michael Thompson)

A Shockoe Bottom pizzeria wants a slice of the VCU market.

The Pizza Place is expanding with a second location in a former frozen yogurt shop at 308 N. Laurel St.

Co-owner Jeremy Berman said the pizzeria is expected to open in late March. The Pizza Place signed a two-year-lease for the 1,500-square-foot space in the heart of Ram country to capture the appetites of college students.

Berman is a co-owner of the Laurel Street location but does not own the original Pizza Place at 1731 E. Main St. His efforts are being financed by the same New York-based owner of that Shockoe Bottom location, which opened 19 years ago and has its own operator. Berman would not name his partner in the venture.

The Laurel Street property was home to Bobalicious before the fro-yo shop closed in spring 2013. Berman’s partner bought the property for $400,000 through Hot Spot One LLC, according to city records.

Despite competition from both local pizza shops and pizza chains, Berman sounded confident in the Pizza Place’s chances.

“I’ve tasted their pizza,” Berman said of the nearby competitors. “I’m not going to knock anybody, but nobody down there has a New York pizza.”

Berman said he met the owner of the Pizza Place many years ago in New York, where Berman has been operating two kosher pizzerias for the past 10 years.

“We worked together and became close friends and made a lot of money with pizzerias,” Berman said.

Berman would not say how much it will cost to open the second the Pizza Place but did say he and his co-owner are looking to expand.

The Pizza Place isn’t the only pizzeria that’s looking to expand in Richmond. Charlottesville-based Christian’s Pizza plans to open a location in March at the Village Shopping Center.

Clarification/Correction: A previous version of this story incorrectly reported that the Shockoe Bottom Pizza Place opened 13 years ago. It has been in business for 19 years. Jeremy Berman has operated his kosher pizzerias in New York for 10 years, not 23 as previously reported.

This story also previously incorrectly quoted Berman in reference to the amount of foot traffic from VCU students he expects the new store to attract. He was in fact referring to his expectations of the shop doing a brisk business.