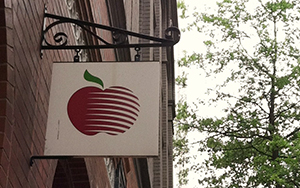 Apple REIT Companies founder and CEO Glade Knight could receive at least a $100-million windfall as a result of the March 1 combination of three of the firm’s funds – Apple REITS Seven, Eight and Nine — which resulted in the creation a single real estate fund that owns 188 prominent-branded hotels across the country.

Knight would own 15.86 million shares of common stock of the newly combined Apple REIT Nine upon the closing of the deal, according to SEC documents filed by the company leading up to the merger. Those shares have an estimated value of between $9 to $11 per share, according to the filings. That equates to a total of between $142.8 million and $174.54 million.

A lawsuit filed in January in Richmond federal court by disgruntled Apple REIT shareholders pegs the value of Knight’s take at $185 million.

The deal looks even sweeter for Knight based on the price he paid for the stock initially as preferred shares: $0.10 per share or a total of $96,000, according to filings.

However, the true potential market value of those shares has yet to be realized. 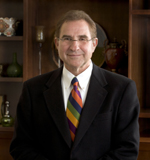 Apple REIT shares are non-traded, meaning they are not bought and sold on any public stock market. Post-merger the company has said it would look to list the combined Apple REIT Nine on a public stock market or sell it to an outside buyer, as it did last year with one of its previous funds.

The company has declined to comment on the merger beyond a prepared statement illustrating its pleasure over the deal’s completion. “We believe the increased size and scale of the combined company will enhance our abilities to achieve our shareholder objectives,” the company said.

Knight’s payout is one of several pieces of the merger that upset a pair of the company’s shareholders and resulted in the lawsuit against parts of the firm and its leaders.

Knight, along with directors of some of the company’s hotel investment funds, was sued Jan. 31 by two shareholders of Apple REIT Nine, Jack and Loria Battaglia.

Their suit seeks class-action status and attempted to stop the merger, arguing that the “unfair and coercive transaction” is rife with conflicts of interest, alleged self-dealing among insiders and is harmful to certain shareholders.

While the suit didn’t derail the merger, completion of the deal hasn’t put an end to the Battaglias’ case. It is still pending and it seeks to have the court rescind the completed deal.

The case also has other goals in mind. It seeks undisclosed damages against Knight and directors Michael S. Waters, Robert M. Wily, Bruce H. Matson, James C. Barden and others related to the merger process. It claims of breach of fiduciary duty, breach of duty of loyalty, self-dealing, and that the proxy describing the deal is false and misleading. 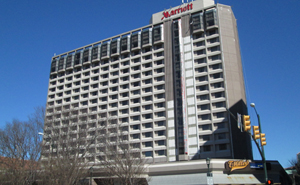 The suit argues that the pre-merger REIT Nine – the larger and more financially stable of the three funds – was valuable enough to seek a public offering on its own.

Apple REIT said in a filing that it believes the lawsuit’s claims are “without merit” and it intends to defend itself. The company would not comment further.

New York attorney Lee Squitieri is representing the shareholders in the case. He would not comment beyond what’s alleged in the court filings.

These are the latest marks of a busy year thus far for Apple REIT. On Feb. 12 it settled a longstanding investigation by the Securities and Exchange Commission. The SEC had questioned the value of Apple REIT shares and the validity of their financial disclosures.

Apple REIT Nine is also funding the construction of a six-story, 210-room hotel currently rising at Cary and 14th streets in Shockoe Slip.

The newly combined fund has 374 million shares of common stock owned by shareholders. Among its hotel holdings is the Richmond Marriott on East Broad Street.

Looks like Glade has gotten the upper hand on his poor investors again. Naturally, the article doesn’t make mention of the sole offeree’s fines for marketing these funds without regard for suitability.

according to the latest Class action letter I got.
The proposed settlement is now to split up $12 million dollars ONLY to those who voted NO on the merger proxy. BULL, All owners of apple reit 10 were damaged and deserve to share in the settlement.
Typical Class Action settlement in which lawyers get the money and the class gets screwed.
I am officially OBJECTING to this settlement.